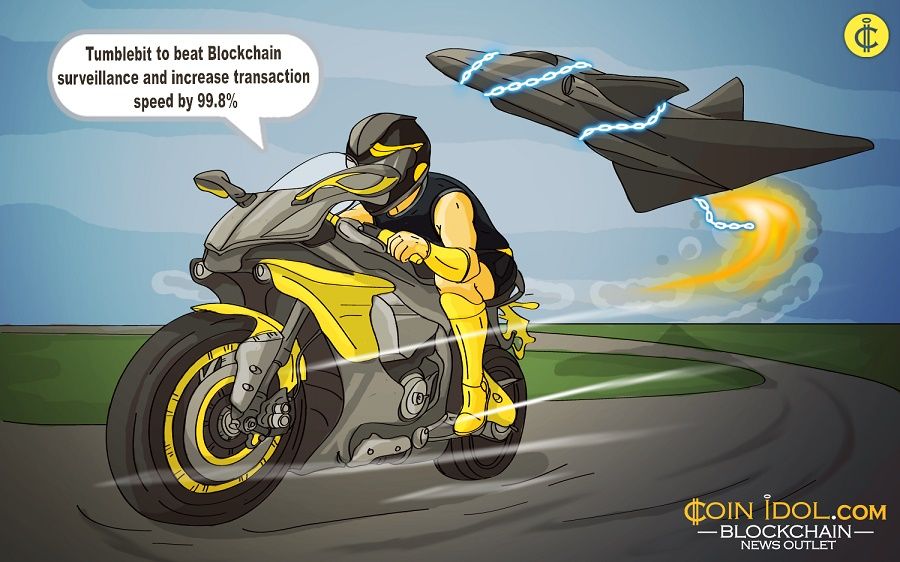 Tumblebit, a proof-of-concept project aimed at helping with cryptocurrency fungibility and anonymity, is said to be finalizing a platform that would make cryptocurrency transactions surveillance-proof, faster at propagating and unforgeable, while also ensuring efficient scaling.

What factors determine transaction speed and anonymity during a Bitcoin transaction?

To have a context of what Tumbleit project will achieve Coinidol.com asked Bas Wisselink, co-founder Blockchain Workspace, a company that provide global blockchain educational courses, on what determines the transaction speed and anonymity during a bitcoin Transaction, he responded:

“The speed with which a text is picked up by a miner for inclusion in a block, it's mostly down to the fee you pay. At this moment, fees are going up due to block size being reached, so it's getting more expensive to get included quickly. As to anonymity, users need to be aware that bitcoin is not, and hasn't been designed to be anonymous. it's pseudonymous, which means if you take great care, you stand a chance to be anonymous, but it's mostly impossible for people to be that careful.”

How will Tumblebit affect anonymity and transaction time when operational?

There exist a number of companies that have already tried and succeeded in solving the problem of anonymity and transactions propagation speed. Coinidol.com spoke to Alireza Beikverdi, CEO at Hollapay, a company that provides instant global remittance services to users around the world, about the possibility of Tumblebit affecting a different change. he commented by saying:

“Increase in transaction speed doesn't really effect anonymity. you need technologies like confidential transactions or thumblebit in the context of lightning network to increase privacy.”

What are the possible downsides of a completely untraceable transaction?

On every bitcoin forum, people are clamoring for anonymous transactions. Coinidol.com spoke to Board Member of the Dutch Bitcoin Foundation about how this anonymous, completely untraceable transaction can be dangerous and risky. He said:

“The biggest reasons we are seeing so much development in the area of anonymous transactions is a reaction to the surveillance state, to massive data collection initiatives and the unchecked power they give to governments, corporations and criminal organizations.  It's a kind of arms race.  The greater the consolidation of power and information, the faster new technologies appear that are designed to decentralize and protect the individual. To better prepare for what's coming governments of the world urgently need to better understand the basics of how Bitcoin works before rushing to adopt regulatory schemes that benefit the incumbents, thereby making the situation worse.”