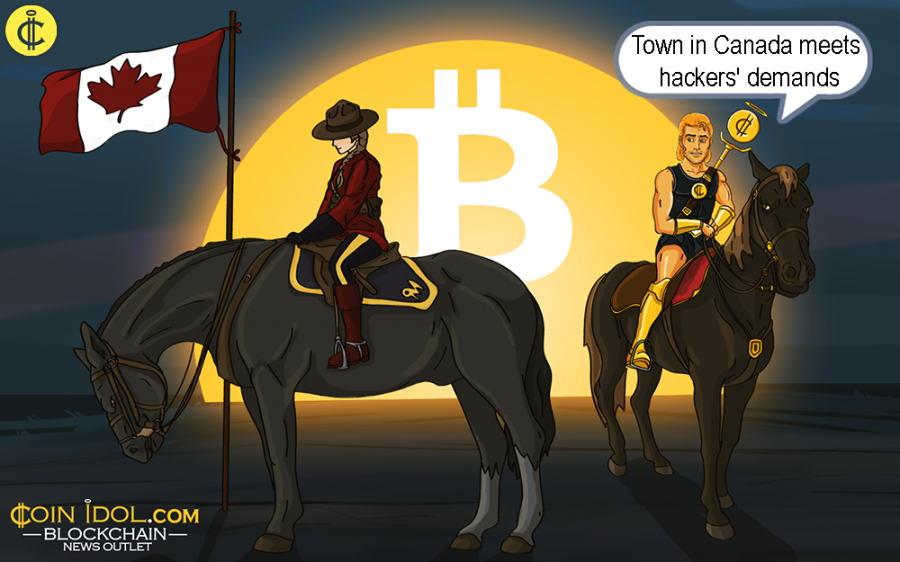 In the Ontario province of Canada, there is a town known as Midland with a population of over 16,000 people. Recently, its computer systems have been hacked and infected with deadly ransom malware.

Midland town has concluded that they going to meet the demands of the hackers and pay them Bitcoin, with the aim of having the computer system up and running effectively again.

The attack on the Midland town computer systems left the town to ineffectual computers for almost two days which wrecked the processing of payments, marriage applications, issuance of permits, reloading of transit cards and email services.

Fortunately, important services such as the fire department and ambulance services weren't interrupted. To enable decryption, the hackers want the ransom to be settled in Bitcoin. Acceding to their demands, the town has begun the process of sending the unknown total amount of Bitcoin to the ransomers to get the decryption keys.

“Under the guidance of cybersecurity experts, we have initiated the process to pay the ransom in exchange for the decryption keys. Although not ideal, it is in our interest to bring the system back online as quickly as possible. The town had previously secured an insurance policy to cover such circumstances. Decryption efforts are underway.”

The Professional Golfers Association of America disagrees with the made decision by the Town Council to meet the demands of these hackers after they had identical malware installed into their systems earlier in August this year.

Midland town isn't the only one that would choose to pay up so that they can have their systems up and effectively operating again. Several victims of cyber hacking have solved the unending demands of these hackers.