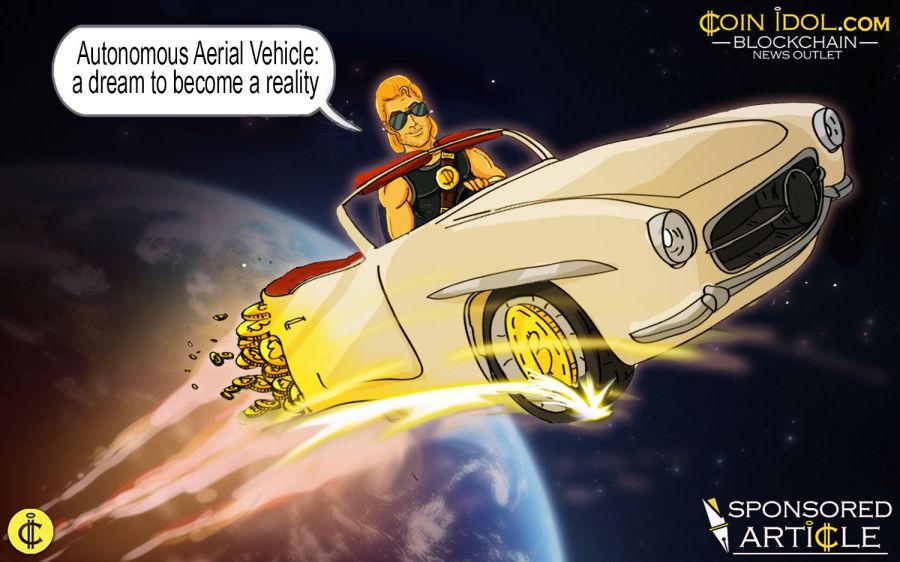 The popular nickname for AAVs is flying cars. VIMANA Global will try to make that dream a reality with a combination of the blockchain, distributed artificial intelligence (AI), and vertical takeoff and landing (VTOL) technology.

“Furthermore, TaaS made this contribution to support the adoption of VIMANA's VTOL AAVs to tip the scale of air tower to AI transition in air traffic control, thus enabling the Blockchain Airspace economy”

Blockchain Airspace could become a reality

"It is extremely gratifying to find partners that share our vision of elevating blockchain to do everything from air traffic control to urban development,” Borisov said.

Borisov and his team believe that they have a patent-pending invention which will allow them to build a functional AAV. The VIMANA Global AAV is supposed to fly like an airplane, take off and land like a helicopter, and operates under remote control like a drone.

VIMANA is developing a blockchain-based air-traffic control solution for AAVs through its Smart City initiative. If successful, Smart City can form the basis for such services as air taxis and flying delivery vehicles.

TaaS is a closed-end fund that invests in blockchain-based assets such as utility tokens. The TaaS organization consists of 23 experienced traders and developers based in Singapore.

Past investments by TaaS include Bancor, TenX, ICON, and Singularity. TaaS offers its own Ethereum-based token that trades as TAAS.

VIMANA is planning a token generation event (TGE) for its VAIR infrastructure token in 2018. VIMANA wants to raise $35 million through the TGE, Global Banking and Finance reported.

Full details about VIMANA Global can be found at https://vimana.global. Details of the VAIR Token TGE will be revealed to those who sign up for VIMANA’s white list at its website.

Tags
Token Ethereum Vehicle Blockchain City TGE Coinidol Service Technology
Most Popular
May 02, 2021 at 11:54
News
South Korea Announces Testing of CBDC Right After Imposing a New Tax Framework; Is It a Coincidence?
May 02, 2021 at 10:36
News
Chainlink Breaks Initial Resistance at $38, Eyes $44 Overhead Resistance
May 02, 2021 at 09:14
News
Uniswap in Minor Retracement, Set for More Upside Momentum
May 01, 2021 at 12:54
News
Russia is Going to Establish a Special Department for Exploring Artificial Intelligence
May 01, 2021 at 11:58
News
Dogecoin Price Pushes To The Upside; Can Bulls Breach The $0.45 Resistance Zone?
More