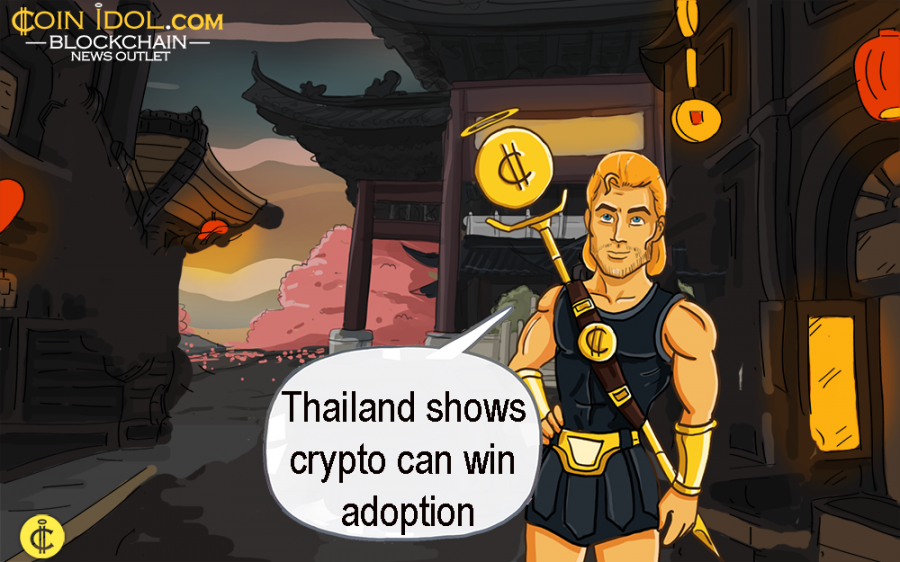 The whole of last week wasn't good for the crypto industry globally, and now a sparkle of optimism has come from Thailand, a country in southeastern Asia. Of recent, the country set rules and regulations to make the industry flourish. Most Thailand (Thai) citizens have not been familiar with digital currencies despite being a great player in the crypto sector, to the extent of calling in foreign firms and investments. Thai's cryptocurrency trade volume is by far higher than larger economies such as Argentina and Turkey.

Taking into consideration what the permanent secretary of the Ministry of Finance, Somchai Sujjapongse, said in February this year about Bitcoin (BTC), fewer people would have predicted a somewhat optimistic future for Crypto in Thailand. He revealed:

"Allowing Bitcoin transactions to be made without warnings and direction from regulators is not acceptable.”

Bithumb, Korea’s second-biggest crypto exchange, IBM and Krungsri, a giant financial institution in Thailand, have all started investing in Thailand, including in Blockchain. Vitalik Buterin also recently visited some officials from Thailand's SEC to physically discuss matters regarding the OmiseGo token and the future of his platform.

But, it seems things are not at ease in Thailand. For instance, the country's central bank issued out an order in February this year demanding all the financial institutions which deal with crypto exchanges and firms to stop. Because of that, Krungthai Bank and Bangkok Bank stopped any kind of business with the Thailand Digital Asset Exchange (TDAX). Poramin Insom, TDAX founder elaborated:

TDAX was pushed not to issue any new Initial Coin Offerings (ICOs) immediately after the ban was imposed. Crypto adoption was massive before the ban, and that actually saved the industry from the total crackdown, since the restrictions became hard to be effectively implemented.

The new regulations in place touch taxation, registration, and set a punishment for the failure to comply. All exchange platforms have to fully register with the responsible authorities like Thai SEC, and failure to do so within 3 months after publishing this draft, will make token traders to be charged with a fine of 500,000 baht (nearly $15,700).  It also consists of a 15% capital gain on digital currencies and their trade. The Thailand SEC allowed legal issuing of new ICOs which are based in the country.

It further ratified that TDAX alongside another six firms were permitted to operate crypto-related commercial enterprises. Financial institutions are now permitted to work with digital currencies.

The Central bank of Thailand is considering using Blockchain technology for handling inter-bank transactions quickly. It is also planning to issue its own CBDC - Central Bank Backed Digital Currency. This will also help while registering bonds. Various ministries are also not sleeping, they are planning to start a trial in major areas such as copyright management, trade finance, agriculture and animal husbandry.

Since the month of May 2014, Thai has been under junta rule. And the fact that the coup headed by Royal Thailand Armed Forces put controls on the freedom of expression via limiting internet access has made innovation difficult in the country hence affecting the economy.

In early November 2018, Wissanu Krea-ngam, Deputy Prime Minister, talked about the dire need for regulations. This will boost the growth of the crypto Industry since several investors will start heavily investing their money in various Cryptos.

Tags
Thailand Cryptocurrency Adoption Government Industry Digital currency Regulation Trading Asia
Most Popular
Mar 04, 2021 at 16:04
News
Bitcoin Mining Raises Concerns due to the High Energy Consumption Despite the Uplift in Popularity
Mar 04, 2021 at 14:56
News
Ripple Struggles to Break above $0.45, Eyes the Next Resistance at $0.50
Mar 04, 2021 at 13:28
News
Ethereum Confined Between $1,300 and $1,600 as Sellers Threaten to Short
Mar 04, 2021 at 09:09
News
Masterchain and Massive Exploration: Blockchain Tech is Gaining Traction in Russia
Mar 03, 2021 at 14:35
News
Bitcoin Cash Fluctuates Between $445 and $560 as Bulls and Bears Reach Equilibrium
More