Thailand SEC Updates ICO Licensing Operation, a Committee of Experts to be Formed 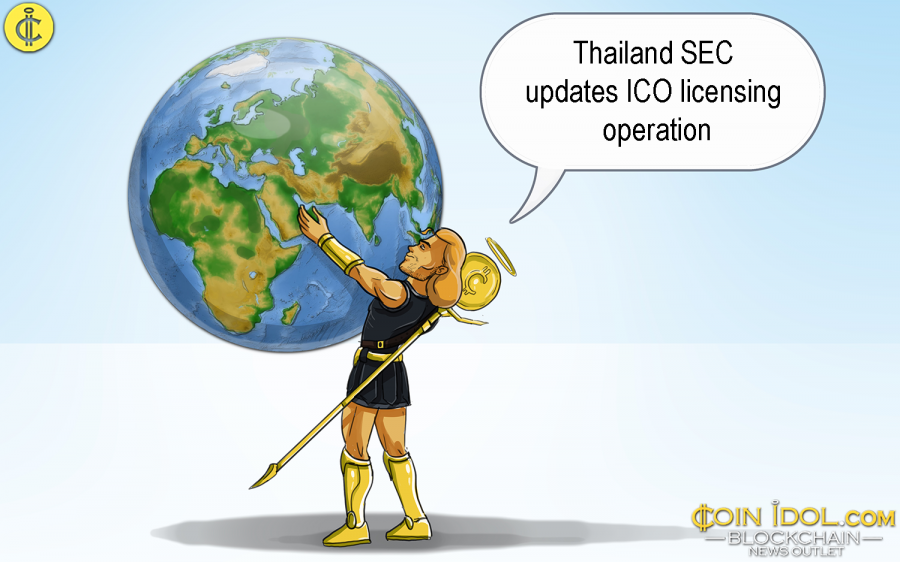 The Thai Securities and Exchange Commission (SEC) has disclosed the number of applications it has received from various firms requesting to operate ICO portals within the country.

Mrs Praopon Senanarong, the Assistant Secretary Thai SEC, revealed that it is reviewing and revising six different applications for Initial Coin Offering (ICO) portals, that are expected to be officially approved in Q4 of 2018. Additionally, 12 more ICO portals are highly interested though they haven't applied officially for a license, according to Bangkok Insight.

However, the Thai SEC will form a solid committee of senior ICO experts and SEC representatives to supervise ICOs and ICO portals next month.

Last week, the regulator issued a public warning about DB Hold Plc supplicating investments in shares and a token without approval after getting inquiries from several investors concerning the firm.

After carrying out investigations, the Thai SEC discovered that the firm has been supplicating investors via social media for firm shares and pre-ICO tokens to the sum of 500 million baht, approximately US$15,346,130.

Noting that DB Hold PLC isn't permitted to issue tokens, the Thai SEC notes that it has commanded the firm to stop all operations relating to the issuance of tokens. In addition, the Thai SEC repeats that no firm has been given approbation to issue out new tokens. Firms which launched their tokens in advance of the adoption of Thailand's cryptocurrency regulations, nevertheless, are free from applying for a license.

Jmart Plc is the first firm that is listed on the Thai Stock Exchange to issue a token. The firm issued Jfincoin via its subsidiary called Jventures Plc. Regardless of the much effort, the value of coin has dropped from 6.6 baht which is approx $0.2 per coin to 1.7 baht (approx $0.05) from February to today since its launch, according to Mgr Online.

The news outlet further revealed that the loss of investor confidence is the assertion that an ex Jventures executive was part of a high-profile Bitcoin scam case that involved a famous soap actor conning a Finnish bitcoiner.

The firm has now developed a plan B. Jmart is looking for permission from the Thai SEC and Bank of Thailand to use Jfincoin for several payments in major stores, beginning with its very own Jmart stores. In case its approved, the coin will become the first official token which can be applied during the payments in Thailand, the publication revealed.