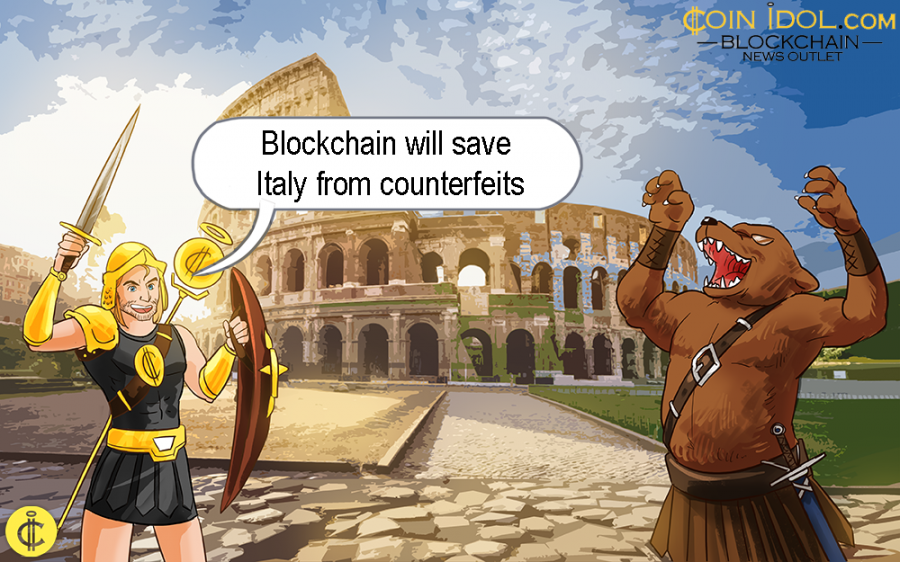 According to the Minister of Economic Development (MiSE), Luigi di Maio, the protection of Made in Italy will essentially pass for the blockchain tech and the tracking of every single product. Minister revealed this recently while on the occasion of the presentation of the 33rd ICE Report and of the ISTAT-ICE Yearbook. It is appalling to know that the country has around €40 billion of real Made in Italy in the entire world and 100 billion of fakes.

The Italian government believes that on this point it is necessary to act with determination and foresight, but that it is not possible to continue working with the simple repression as done up until now - with great effort and with obviously modest results. The intention is therefore to act to ensure that Made in Italy is not just a front label, which anyone - comprehensively - can claim of, but something that can be demonstrated and tracked thanks to new technologies including internet of things, blockchain and others.

The contrast to the Italian discussion and the contrast to counterfeiting therefore passes through the use of new technologies such as the Blockchain, proficient of ensuring the traceability of the product. Thus, every customer on the shelves of the world can, with their smartphone, have the guarantee that that product is tracked and know whether or not it comes from Italy.

No more spaghetti parmesan, milaneze or Italian pasta, briefly, if in the dish there will be no real Italian product, coming from Italy and 100% Italian. The Italian sounding, in fact, easily turns into a double economic damage: on the one hand there is the loss of a potential income; on the other hand, there is the false message of a fabricated witness of the "Italy" brand. It will not be easy, it will not be immediate, but the Government believes that with the use of the blockchain important steps can be taken:

The MiSE has invested over €45 million to test the Blockchain on three sectors, textiles, food and a part of precision mechanics. This will allow people not only to track the entire product but the individual pieces. Each piece can be tracked in Blockchain, allowing users to ensure authenticity in general. So far, there is no one who is sure how many years it will take, but the ministry will put all the possible resources to guarantee a reduction of that false Made in Italy. It means earning €100 billion of real Made in Italy on the market. The more Italians oppose the more they can earn.

Broadband and financing for innovation - not inevitably in digital - are the key words that complete the discussion, but the blockchain has a central role: innovation is given an important role in protecting Made in Italy, in an attempt to put in the hands of anyone in the world, the possibility of asking the doubt about the actual origin not only of a brand, but also of the single product that is in front of it. Not just a motivation, but to think that it can really affect the volume of Italian discussion is something that today appears to be more of a fancy than a real program.