Taobao is Set to Ban a Number of Cryptocurrencies, Including Bitcoin, and ICOs 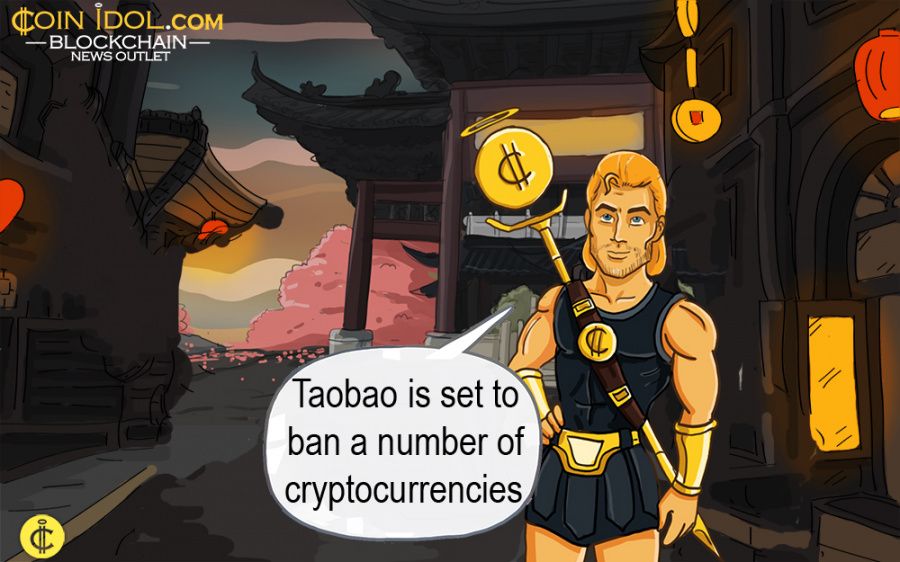 Chinese online shopping website Taobao, owned by financial market giant Alibaba, has published a report stating the company will place a ban on all digital currencies, various ICOs, and other ventures related to the cryptocurrency market. The new policy has come into force as of April 17.

"The blacklist includes, but is not limited to, virtual currencies like Bitcoin, Litecoin, Biocoin, Quark, Infinitecoin, Colossuscoin, Pennies, PPCoin, NameCoin and other virtual currencies", Taobao said in a statement.

As an updated policy states, Taobao prohibits any services related to virtual coins, based on blockchain or other distributed ledger systems. Such services include ICO investments, assistance in white paper creation, deployment of smart contracts, and many other financial technology services. The document also bans the sale of digital assets such as CryptoKitties and its alternatives.

The Chinese e-market firm already prohibited bitcoin mining equipment and the use of a vast number of products and services related to cryptocurrency mining. Now, the ban has spread to any product or service that deals with blockchain technology.

The new policy came into effect on April 17, 2018, and its violation could lead to serious consequences. Taobao has created a special penalty system as well, just for those who may have a desire to break the rules.

However, while the world’s leading companies, including Taobao, one by one, have gradually banned all services anyhow related to the cryptocurrency market, China is still open to new fintech trends.