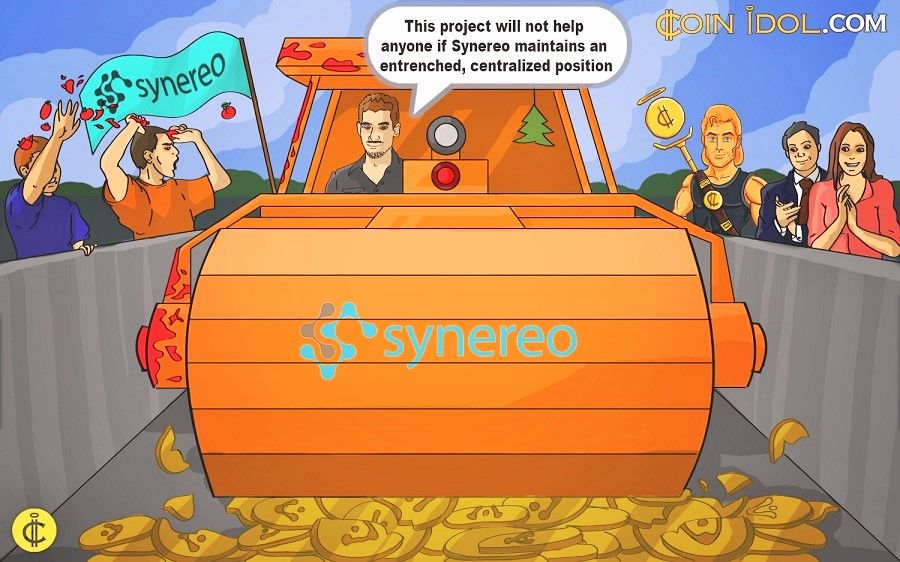 Synereo’s effort to show true decentralisation within its system has inspired contrasting views among experts. Some have applauded this move, while others think that there could be more appropriate ways of discarding unwanted tokens.

The Israeli Blockchain startup Synereo has announced that it has destroyed an aggregated amount of 731,108,937 AMPs, the company’s native cryptocurrency which is worth close to $146,221,787 on the market, essentially eliminating half of all AMPs in existence.

The destroyed AMPs were held in various cryptographic wallets, controlled by Synereo, and were originally intended to be part of Synereo’s long term budgeting strategy.

"This project will not help anyone if Synereo maintains an entrenched, centralized position,” says Dor Konforty, CEO of Synereo. “That is why we want to distribute AMPs as soon as we can, to begin establishing a truly decentralized economy. It was never our intention to be the central bank for our currency. Such centralization goes against the very principles Synereo stands for, but merely standing for principles is not enough.” He added.

Synereo’s announcement came 48 hours before the official start of its second fundraising campaign, on Sept 19th, during which a limited amount of the company’s AMP holdings will be offered for public purchase at a fixed price.

Speaking to Coinidol.com about this development, Founder and Architect of Safe Exchange, Daniel Dabek regards this as a brilliant move which should have a positive effect on investors. Dabek says:

“Synereo is taking a brilliant approach where they are collapsing the premine beyond what they needed to fund development. Distribution of tokens for systems is a very sensitive subject that should take into consideration the future users of the platform. This move should have a very positive effect on current investors and potentially attract future investors”.

David Duccini of the Strength in Numbers Foundation, however, retains a different opinion while offering his perception on this development. Duccini thinks that the intention behind this move is predominantly for reasons of PR. “Proof of Burn of something that had no value is a PR stunt. Burning something that had value instead of putting it to productive use is reckless,” he says.

Duccini notes that the rationale often given for doing a burn is to try and demonstrate an equivalency of value exchange, saying that there is no full decentralization without fully dispersed assets and fully dispersed mining/security.

“Say I ask you for $100 USD and then set it on fire in front of you.  I then write ‘one hundred’ on a post-it note and hand it back to you. Would you treat it the same ?  Would you place the same kind of value on it? If I own 100 % of the tokens today and then burn 50% of them, and then start selling off my tokens, guess who still has more than 50% of the available tokens?”

Duccini Continues by explaining that percentages matter more than quantity. Saying that if the tokens are actually destroyed, it doesn’t change the power dynamic but rather concentrates it further.

He also suggests that a more appropriate approach would have been the implementation of token exchange, thereby putting the acclaimed value to good use.

“Make paper wallets, publish the public keys to a visible place and donate them. Put a “restrictive covenant” in place with the recipient that they cannot spend them for 1 YR.  Or hire an accounting firm or lawyer to hold them “in trust” and THEN disburse them in the future”.

However, Synereo further announced that AMPs remaining under the company's control will be used to compensate developers as an incentive to build decentralized applications that run on top of Synereo’s platform. Additionally, a large part of Synereo’s AMP holdings will be distributed among “new users joining the network, musicians and other content creators”, in order to incentivize them to use Synereo’s system as a content distribution platform.