Sweden Could be the Next Major Cryptocurrency Market 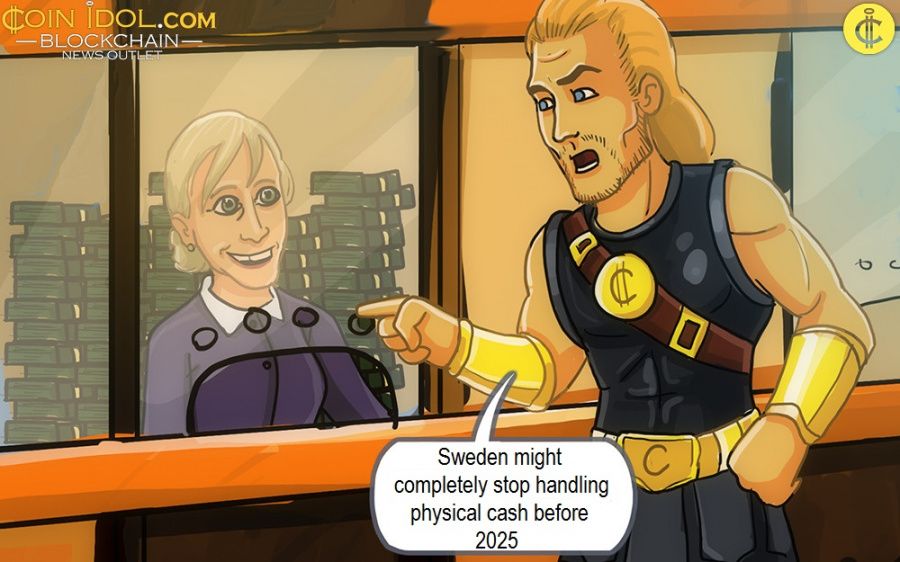 Almost half of the country's retailers forecast that Sweden will completely stop handling physical cash before 2025. The Riksbank is currently piloting a digital currency known as e-krona. Could it be that the reduced fiat currency handling in the nation results in a rampant cryptocurrency market?

The cashless culture could become a breeding ground for the cryptocurrency market in Sweden. Banks and companies and individuals have already begun to prepare for a completely cashless world.

The government, too, is well aware that the cash is vanishing in society and that the trend cannot be reversed. The lack of efficiency of cash has caused the majority of the firm's companies and individuals to switch to digital alternatives. A few thousand individuals have gone so far as implanting microchips into their hands to pay for food and transportation through a gesture.

The Unstoppable Love for CBDC

The reduced use of cash in Sweden represents a positive trend that the government has for many years encouraged. However, it had not been expected that the population would generally move away from cash in favor of more practical alternatives at such a brisk pace.

Several countries in Asia, including China, Japan, Singapore and South Korea, are undergoing a similar transition. The reduced use of cash in Japan and Korea has unsought led to increased love decentralized cryptocurrencies such as Ethereum, Ripple, Litecoin, Bitcoin, Tether, and many others. As cognizance and time enough even embrace cryptocurrencies take hold in Sweden, the country may become a significant digital currency market.

Recently, the central bank of Sweden revealed that it started its first test for its own central bank digital currency (CBDC). It wants people to be using digital money since we are in a digital era. The country is trying to follow the bandwagon of stablecoin. Sweden is part of over 16 great nations – which includes Japan, Canada, England, Switzerland, etc. - that are busy developing their private stablecoins known as CBDC.

Tags
Sweden Market Cryptocurrency Digital currency Cash Fiat Forecast Japan Government
Most Popular
Sep 23, 2021 at 13:10
News
El Salvadorans Embrace Bitcoin Despite Problems with the National Wallet
Sep 23, 2021 at 12:16
News
The Central Bank of Ukraine to Pay Salaries in Digital Hryvnia by the End of 2021
Sep 23, 2021 at 10:48
News
Binance Coin is in a Brief Uptrend, Faces Strong Rejection at the $385 Resistance
Sep 23, 2021 at 09:48
News
Bitcoin Struggles to Sustain Above $44,000 as It Reaches Overbought Region
Sep 22, 2021 at 12:12
News
Banks in EMEA Miss Out the Potential of Blockchain, with Only 19% Benefiting from the Technology
More