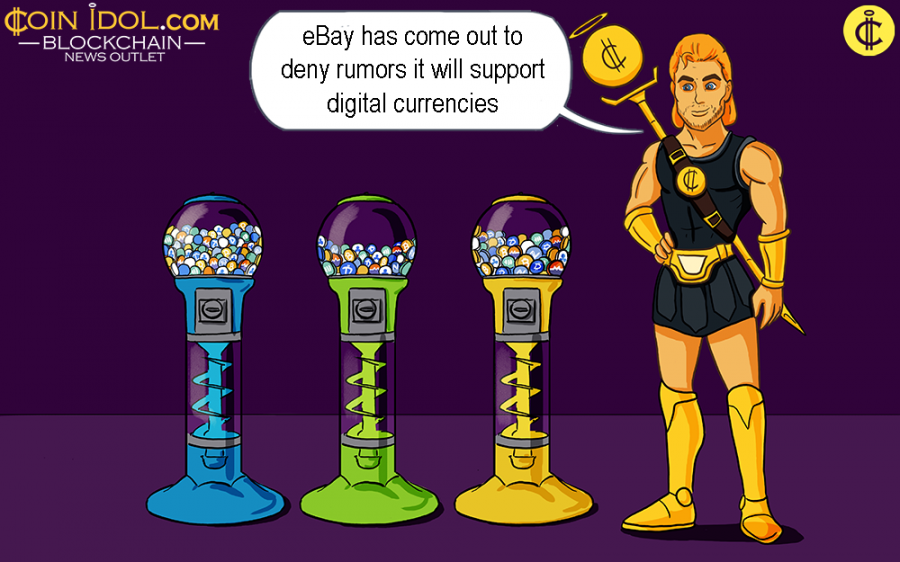 The San Jose, California-based giant e-commerce platform eBay has come out to deny rumors it will support digital currencies including the original cryptocurrency Bitcoin as a method of payment.

The rumor reports started coming up after a sign at the Consensus 2019 conference alluded a connection between the e-commerce giant and digital currency. Albeit, the eBay clarified that the advert denoted to digital currency related goods and services that are being sold on this particular e-commerce platform, for example, ASIC miners. At this time, the eBay’s payment policies do not list Bitcoin or any other major virtual currency, expounding that the platform does not in any way plan to add cryptocurrency payment alternatives in the future.

Is There any Business Relationship Between eBay and Binance?

There are other hot rumors that are connecting the marketplace platform with the 7th largest cryptocurrency by coinmarketcap, Binance Coin ( BNB), even if BNB has demonstrated to be a stout cryptocurrency. Nevertheless, according to the official news channels, there seems to be no any future partnership between an USA multinational e-commerce company and a global crypto exchange which offers a platform for trading over 100 digital currency Binance.

According to their initial advert, eBay was hoped to head for the development of an auspicious digital asset environment. The ad on its official website hinted that the giant was preparing to start allowing cryptocurrencies like Ether, Bitcoin Cash, BTC, EOS, Ripple and the rest.

The banners at the New York conference carried some positive message that eBay was willing and able to explore cryptocurrency and blockchain technology. At first, the unofficial pictures surfaced on social media specifically Telegram and later spread like wildfire.

However, if at all the e-commerce changes its mind in the future, the cryptocurrency payments will be there to serve around 180 million active customers of the site in question.