California-based e-commerce platform eBay is expected to pave the way for the creation of a favorable cryptocurrency environment. Their new ad hints that the giant might be preparing to accept digital currencies such as Bitcoin, Ethereum, Ripple, etc. on its website.

The fact that eBay is going to join the virtual currency market was indicated by information placed on banners at the Consensus conference in New York. The pictures, that may turn out to be just rumors, initially appeared on Telegram and need official confirmation from the e-commerce platform. If the information is correct, crypto payments will be available for 179 million active users of the site. 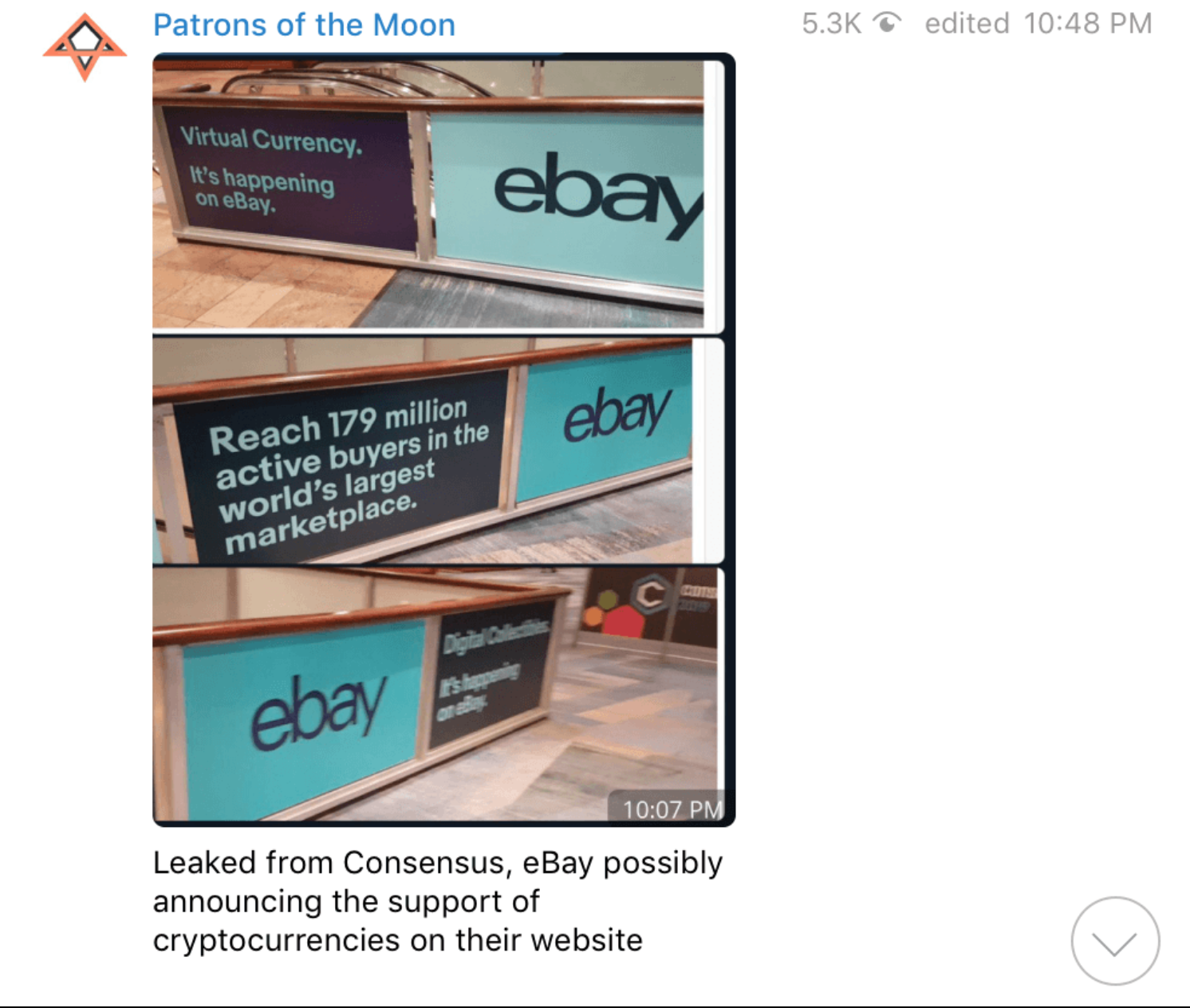 Which Coin will eBay Support?

Even though there is no official statement, rumors have already started to give birth to other rumors. According to one Twitter user, Binance Coin (BNB) may become an alternative means of payment on the website. This may not come as a surprise, because the BNB team assured that one of the key areas of their token would be e-commerce.

Amazon seems to stop its choice on Bitcoin. A month ago, the sales giant announced a new cryptocurrency payment option. Using the lightning network, Bitcoin owners can now spend their cryptocurrency at Amazon.

If the news about eBay accepting cryptocurrency becomes more than a rumor, it seems only natural that digital markets will start to pay attention to digital currencies.