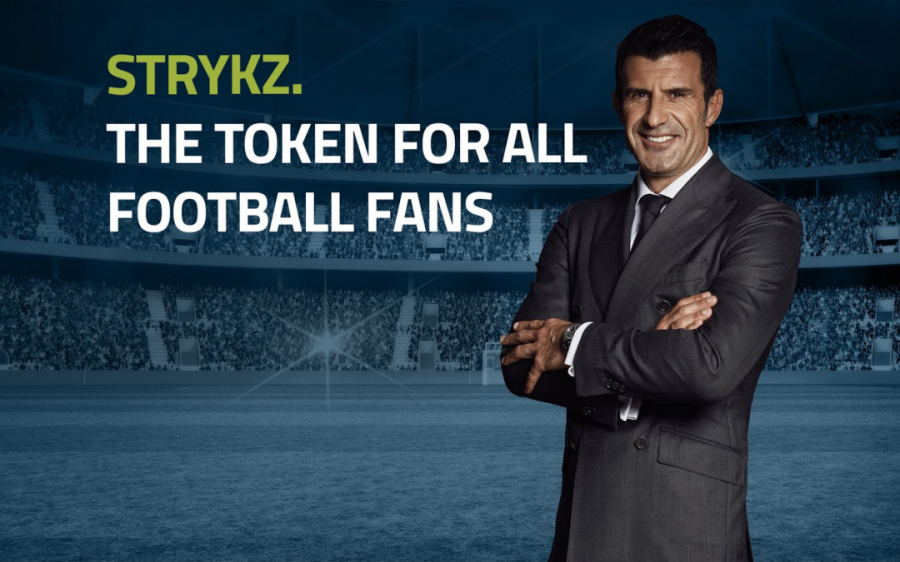 Football and cryptocurrency would have been regarded as two unlikely bedfellows just a few years ago, and yet they continue to find themselves rubbing shoulders in new and interesting ways.

Germany – That trend continues this month with the launch of the first fantasy football token –  STRYKZ. The token will be used on the popular  Football-Stars platform, which has already established itself among German football fans via partnerships with national football magazine, Kicker, and the official German football league – the Bundesliga.

At 2018’s World Cup, there were five high-profile footballers with associations to the crypto world. One launched his own token (James Rodriguez), two were advisors (Sergio Aguero and Eden Hazard), one was an ambassador (Andres Iniesta), and one was tokenized without his own knowledge (Cristiano Ronaldo).

The  STRYKZ (STRY) token continues that fruitful association and allows the average football fan to get in on the action by selecting their own teams and putting them to the test against other players. Winners are rewarded in STRYKZ tokens, although their utility extends beyond simply being a points system. Ultimately, users will be rewarded for creative community engagement on the platform; and plans are already afoot to bring official football club merchandising stores on board, with the goal of allowing direct purchases via the  STRYKZ token.

The FIFA World Player of the Year for 2001, Luis Figo, is already on board with the project and has fulfilled his role as brand ambassador for the best part of the year. This follows another recent trend that has seen English football manager, Harry Redknapp venture into the crypto world; while global sporting stars like Floyd Mayweather and Michael Owen have also flirted with cryptocurrency in various ways.

The Football-Stars game has been around in some form since 2016 and represents a third global industry that the STRYKZ token is looking to target – the gaming industry.

When you consider that there are over 1.5 billion gamers around the globe, and 3.5 billion football fans, it becomes apparent that the crossover between the two could be huge. Add the burgeoning crypto industry into the mix and who knows what those three could produce?

Figo, one of the best players in the world during his prime, seemed to have some idea. He commented:

“When I heard about Football-Stars for the first time I immediately liked the idea. Football is becoming more and more data-driven, with detailed statistics about all aspects of the game — this is what Stryking’s platform utilizes to create a compelling fan experience. I am happy to support the passionate people at Stryking and spread the word about their platform that allows fans to engage with the teams and players they are backing.”

Stryking Entertainment GmbH is the firm behind the project, and the team benefits from the technical expertise of the CEO of recently launched Indorseplatform – hailed as the blockchain version of LinkedIn – behind the scenes.

The face of the project, Figo pointed to the upcoming token sale as the possible catalyst to propel the Football-Stars platform:

“With the upcoming Token Sale Event, Stryking will scale tremendously and I am excited to be part of this journey.”

That token sale has been underway for a few days now and ends on July 29th. Between then and now STRYKZ will be hoping to convert some of their considerable online following, including  26,000 Telegram followers, into initial investors.

With the 2018 World Cup currently entering into the knockout stages, all eyes are on the football world. The appetite for football has never been greater, and STRYKZ have chosen a good time to announce their arrival.

Stryking is the source of this content. This press release is for informational purposes only and should not be viewed as an endorsement by CoinIdol. We take no responsibility and give no guarantees, warranties or representations, implied or otherwise, for the content or accuracy. Readers should do their own research before investing funds in any company.