Steemit’s Users Get Money Back After Cyber Attack: Will The Steem Price Go Up Again? 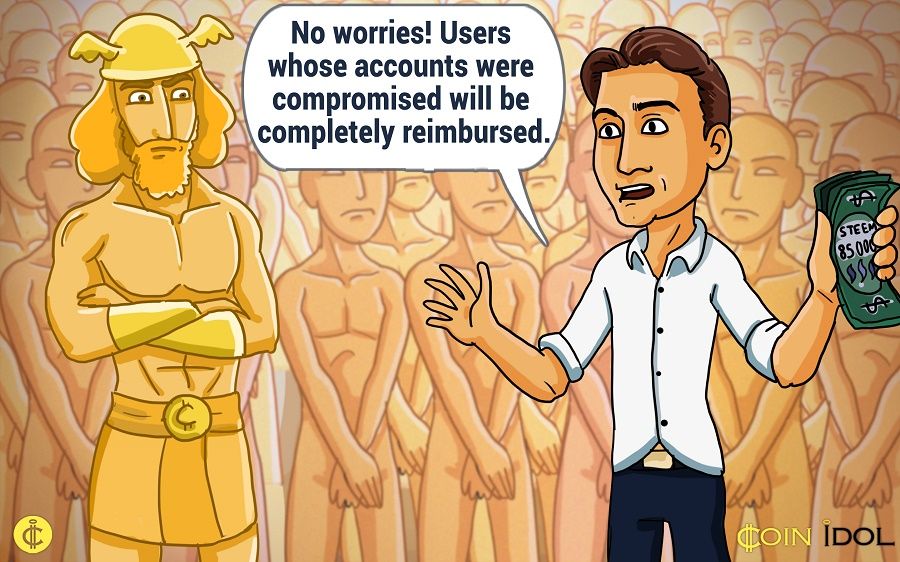 CEO of Steemit Ned Scott promised that any Steem or Steem Dollars stolen from compromised accounts will be fully refunded by Steemit.

Will it change the trend of Steem as a cryptocurrency, which began to fall down? The price has lost 11% during last 24 hours at the time of publication. CoinIdol asked experts.

“Some price decline happened, since it was $85,000 worth of Steem approximately 20,000.
It’s just an attack on the website and not against the Steem platform. And since that, it doesn’t have to be significant at least enough to absorb the hacked amount of tokens. Despite the attack I think that the price of Steem will decline from here because the way to earn rewards by the general public is becoming known, and they will sell due to the price of the rewards being exceptional. Each day a constant amount of Steem is introduced to the market”

“This price decline after the attack is not a normal reaction historically. Steem relies heavily on Bittrex, which coordinated and has frozen or restricted trades during their process of recovery. Steem also has what's called Steem Power. This is like reputation credits, however you can only withdraw them over a 2 year period. This means there are much less available coins to sell, and many early adopters placed coins into their Steem Power account to generate more funds on the platform but would be unable to dump. Steem has also made the claim they will refund any accounts negatively affected which has calmed most of the actual users.”

What will be with the price of Steem in 2 days?

“Despite the attack I think that the price will decline. However the market cap will remain stable,” said Daniel Dabek.

“It will probably take a hit. If not now, soon. The token ownership is actually quite centralized. I would recommend if you're interest in Steem start by posting on the site and earning.”

How will the cyber attack change the reputation of Steemit?

“It's definitely not a good event regardless. Anytime someone is hacked there are consequences. I think rather than reputation this should be a realization that there may exists bugs, security workarounds or targeted user attacks that need to be addressed. If they can improve their user security, then it will benefit. They're actually lucky to be attacked this early in their project, it's a slap in the face and a call to think more diligently about security. I'm impressed by the team, but I think there should be more emphasis on cryptography and not simple user interface,” summarised the COO of CredibleFriends.com.

What will be done with Steem’s security?

“After conducting further analysis and following hack containment procedures, Steemit has been able to narrow the potential number of compromised accounts. We can now announce that in the past few hours, the Steemit team has been able to coordinate with elected witnesses to secure potentially compromised accounts with balances exceeding $100 US. As a result, we can ensure these accounts are restored to their rightful owners. This process has been completed.

Within the next 48 hours, Steemit will begin to allow all newly secured accounts to reset their passwords simply by logging in with the same Facebook or Reddit credentials that were used to register in the first place. This easy process will work for the vast majority of the potentially compromised accounts. All of these account holders will regain full access to their funds and their original account name.”

“The Bittrex team is completing analysis of our wallet. Once it has passed their rigorous compliance checks, they will reopen the wallet for deposits and withdrawals.

To all Steemit users: if you have not done so already, please reset your account passwords. We ask this to ensure that everyone's account is secure. Remember that each account has 3 keys: an Owner Key, an Active Key, and a Posting Key. We recommend following best security practices by choosing unique passwords for each of these keys. This will allow you to safely use steemit.com with your Posting password."

"As mentioned earlier, any Steem or Steem Dollars stolen from compromised accounts will be fully refunded by Steemit.”

As we wrote earlier, Steemit was subjected to a cyber attack on July 14, 2016.