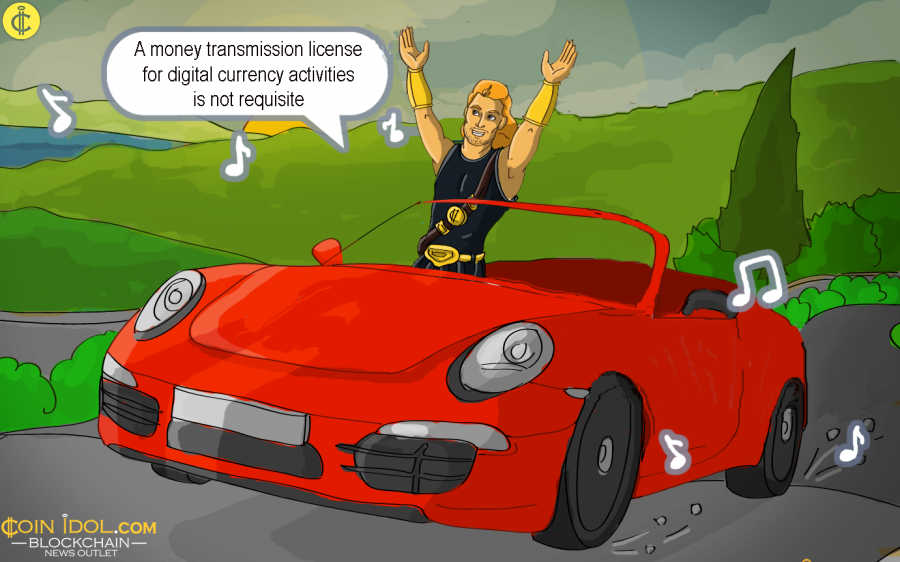 The Pennsylvania (PA) Dept. of Banking & Securities (DoBS) released guidelines on January 23, 2019, for cryptocurrency businesses operating within the state. The DoBS has decided a money transmission license for digital currency activities is not requisite.

The banking officials have disclosed that crypto business operators in Pennsylvania (A state of the USA. Capital: Harrisburg; largest city: Philadelphia) are not needed to apply for a money transmission license. The financial agency has issued a statement concerning Pennsylvania’s Money Transmitter Act (MTA) and guidelines for crypto businesses saying that Bitcoin (BTC) and other recognized virtual currencies are not regarded as legal tender in the United States.

As a matter of fact, the state’s guidance stresses that thus far, there is no state in the U.S which has “designated crypto as legal tender.” In addition, the DoBS says that it has registered several inquiries from entities seeking further direction and counselling on money transmission laws and creating a crypto operation.

When a platform is not dealing directly with managing fiat currency, a money transmission license isn’t required. If a business that is operating within the state solely transacts in crypto, then the platform isn’t involved in the business of giving payment/ money transfer services.

The DoBS further noted that operators of crypto kiosks, ATMs, and vending machines have all tried to contact the financial agency.

“In both the one-way and two-way Kiosk systems, there is no transfer of money to any third party — The user of the Kiosk merely exchanges fiat currency for crypto and vice versa, and there is no money transmission,” the DoBS MTA guidance explains. “Therefore, the entities operating the Kiosks would not be money transmitters under the MTA.”

Previously, U.S officials have had a rough time reaching an equilibrium point when it comes to regulating cryptos. For example, on Monday, September 19, 2016, Alison Nathan - Federal Judge from Manhattan (one of the five boroughs of New York City) legally ruled that “BTC is money.”

Currently, Pennsylvania appears to be on the same regulatory page as Florida (FL) once was in 2016 but FL (a state in the southeastern United States between the Atlantic and the Gulf of Mexico; one of the Confederate states during the American Civil War) has since changed judge Pooler’s decision. In May 2017, House Bill 1379 was legally passed in FL, defining cryptos as a money transmission instrument and forbidding money laundering by using cryptoasset as a catalyst.

PA’s new rules are likely to run into issues with laws enacted by the federal government and how FinCEN classifies crypto operations as money transmitters. Since 2016, PA has been discussing the DoBS transmission laws concerning crypto businesses.