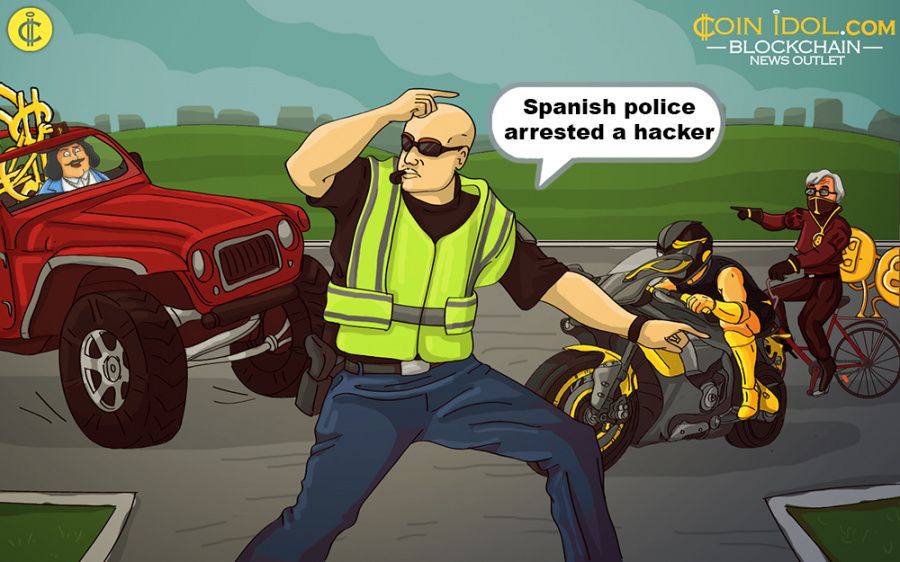 A cybercrime gang leader, involved in stealing upward of $1.2 bln, has been arrested in Alicante, Spain. The gang ,consisting of Russian and Ukrainian nationals, robbed around 100 financial institutions worldwide and covered its tracks with the help of crypto coins.

“The alleged mastermind is a 34-year-old Ukrainian man whom officials identified as “Denis K,” who wanted to create a money-laundering cryptocurrency for the Russian mafia,”  El Mundo reported.

According to the Spanish newspaper, the criminal group led by Denis K. invaded remotely into bank systems in order to change the state of owners’ accounts, making major transactions, or to change the balance of deposits opened by its members. The stolen money they converted into digital currency.

The hacker has been living in Alicante since October 2014. As investigators reported, he stocked 15 thousand bitcoins. He also had an impressive infrastructure for bitcoin mining, designed to launder funds obtained from illegal activities.

Scammers received access to internal banking networks via phishing emails with malicious attachments they sent to bank officials. Such emails contained a virus that enabled perpetrators to control affected computers. Then they compromised ATMs and used them to withdraw all money.

The cybercriminals didn’t spend the gained cash immediately but instead exchanged it for bitcoins. Once the money was converted to virtual coins, they spent it on different assets, like houses and cars in Spain.

How Did Police Managed to Hunt the Leader Down?

According to El Mundo, Denis K. and his gang have developed three types of viruses during the past 5 years. Since 2017, Denis K. had been working on a new tool, but he had no time to use it, as he got arrested. He had a new robbery planned in the near future with the help of this new virus, but the operation of the National Police disrupted his plans.

Even though transactions on the blockchain can be conducted anonymous, the distributed digital ledger, recording transactions, is open to the public. Such a fintech assists police to trace scams, as may have been the case with Denis K.