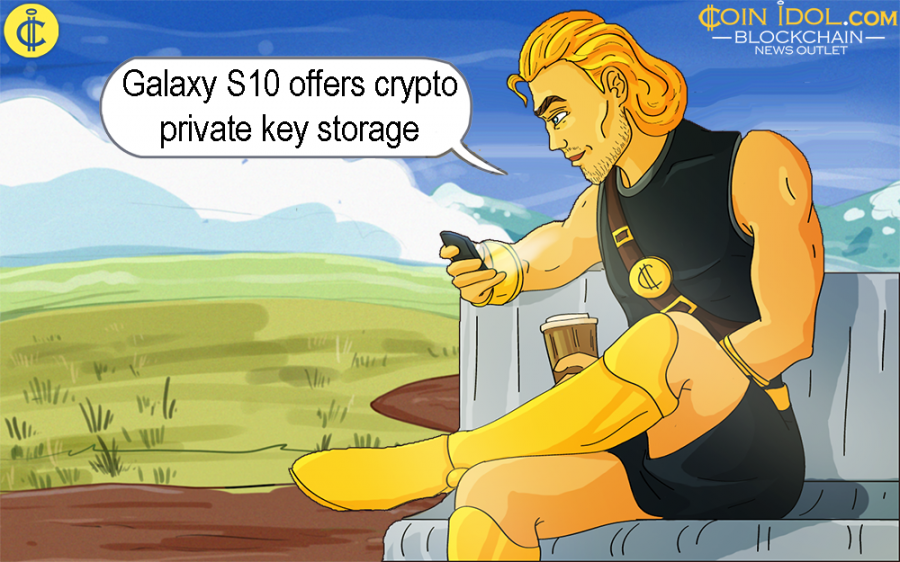 Its now confirmed that the Galaxy S10 supports crypto. With its headquarters based in South Korea, Samsung, an electronic conglomerate, has officially entered the blockchain and cryptocurrency industry after announcing a variety of new electronic products ranging from foldable phones to new wearables.

The technology bull revealed the latest Galaxy features. Familiarized in 2019 was the S10E, S10 and S10+, which halsen and seem to be solutions to Apple’s contentious X lineup.

According to a press release by Samsung, the entire lineup will have the blockchain and cryptocurrency central feature. The release goes:

“Galaxy S10 is built with defense-grade Samsung Knox, as well as a secure storage backed by hardware, which houses your private keys for blockchain-enabled mobile services.”

More details concerning the Knox solution are still missing, and Samsung never responded to a request for comment.

Words such as “cryptocurrency” and “wallet” were not indicated or highlighted anywhere, but it’s alleged that this aspect of the release shows that Samsung probably has a [facade of a] wallet or seed (private key) solution offering set to launch for S10 customers. As a matter of fact, a pre-release contained a tutorial video highlighting a wallet which held Bitcoin (BTC) and Ethereum (ETH).

Samsung now priming their phones with Blockchain tutorials. The wallet integration on the Galaxy S10 has been confirmed... even after they denied it. Trying to keep Apple on their toes? pic.twitter.com/wAd7EaPzKw

Now, Galaxy has joined a slowly increasing line of smartphones manufactured with cryptocurrencies in their systems, including HTC’s Exodus 1 and Sirin Labs’ Finney, all of which were officially announced in 2018.

Nevertheless, Samsung is the biggest smartphone producer to reveal a blockchain feature in a smartphone so far, and unlike any of its contenders, may see far-flung distribution.

- Samsung now priming their phones with Blockchain tutorials. The wallet integration on the Galaxy S10 has been confirmed... even after they denied it. Trying to keep Apple on their toes? pic.twitter.com/wAd7EaPzKw


Late last month, Samsung Galaxy showed an off hole-punch display and cryptocurrency wallet that supports Ethereum, as reported by Coinidol.