Segwit is Gaining Popularity due to Rapid Processing of Bitcoin Transactions 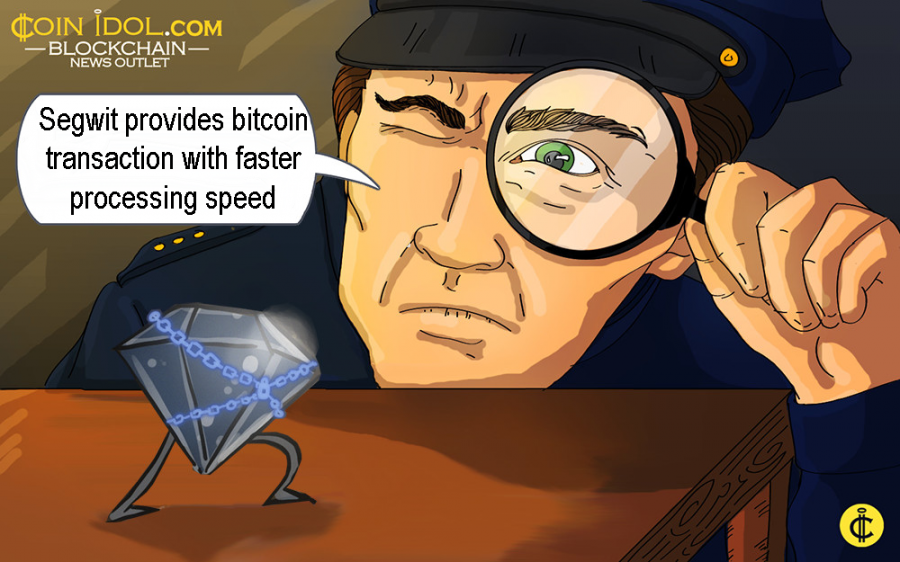 Over half of all bitcoin transactions are performed today via an advanced-technology network called Segregated Witness (Segwit). Recent research reports on the steady growth in the use of this fintech platform with the purpose of accelerating the sending process.

Transactionfee.info published a report on Reddit, which displays a chart of Segwit’s growth over the last 12 months. The usage of the financial technology has increased from 27% to 53% over 6 months. Even the prolonged bear market trend could not restrain the network’s development.

Set up as a side chain to the main network in August last year, Segwit provides each bitcoin transaction with faster processing speed. The implemented protocol update also ensures protection from transaction malleability, a problem that sharpened intensively over the previous years. Segwit disables any chance of malleability, meaning that the transaction can’t be changed after being sent.

The main principle of the project is the splitting of a transaction into two groups, namely the original section, which includes sender and receiver information, and the witness section, which embraces scripts and signatures. The splitting method helps to reduce operating costs, as less data is used per transaction. That is the reason why there has happened a gradual shift of customers and crypto exchanges seem to like the protocol.

Taking into account Segwit’s benefits, it is natural that many companies maintaining hardware wallet are interested in the technology. For example, Keepkey, already implemented the protocol into his manufacturing, enabling millions of customers to make faster and cost-effective bitcoin transactions.

Crypto exchanges also took part in the development and further testing of the technology. Coinbase, one of the largest digital currency exchanges in the world, officially confirmed its intention to support Segwit.