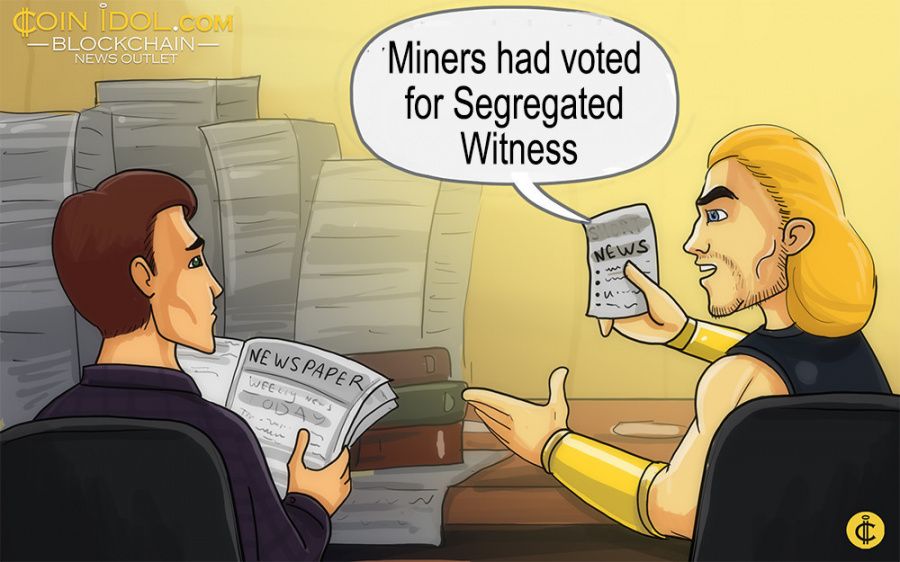 By Sunday, July 23, more than 95% of miners had voted for Segregated Witness, defined in BIP 141, activation.

Now, almost all the miners are supporting SegWit. Mining pools that have not yet joined in support of BIP91 or BIP141 remain in the minority and their blocks will be ignored by the Network until they update their software. 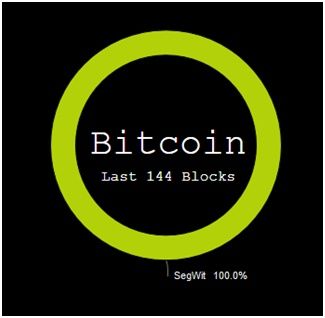 Since most miners support BIP141, it will be activated when the threshold of mining power reaches 95%. 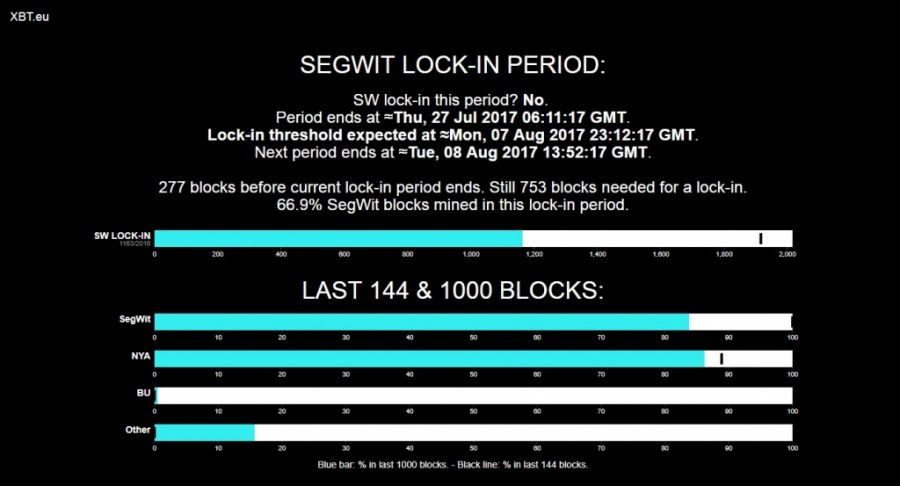 Bitcoin Improvement Proposal 91 (BIP 91) was already locked in on July 20 and the Bitcoin price rose sharply. Now, the price of Bitcoin may face another wave of volatility.

“My personal view is that we are likely to expect persistent volatility for the next few months, at least until the beginning of November when Segwit2X proposed hard fork to 2MB blocks is expected to happen. Especially crucial will be the next few weeks to determine whether SegWit will be activated by August 1st. Although now >80% of miners are signaling Segwit this is no guarantee that they will keep doing so until Segwit is activated.
It is possible that a number of miners decide to stop signaling BIP91 before Aug 1st, as a consequence <80% of miners will be producing blocks signaling Segwit.
That will basically result in a User Activated Soft Fork (UASF) as some nodes will run BIP148(UASF) and not accept any blocks non signaling Segwit, resulting in a separate BIP148 only chain.
I deem the risk of a Bitmain UAHF as non-existent.
However if that is not the case and Segwit is activated in August, we will have to take into account the variable of the 2MB block-size increase hard-fork in November, which will likely (but not necessarily) result in bearish pressure on BTC price.
As a result although I am personally still bullish on Bitcoin, I am of the idea that in turbulent times such as these it is important to hedge effectively against unexpected price moves, whether through FIAT currency or other cryptocurrency.
As ultimately we can only speculate on what will happen over the next few weeks, a good risk management strategy is essential to achieve a maximum risk/reward ratio and long-term profitability on one’s portfolio.”