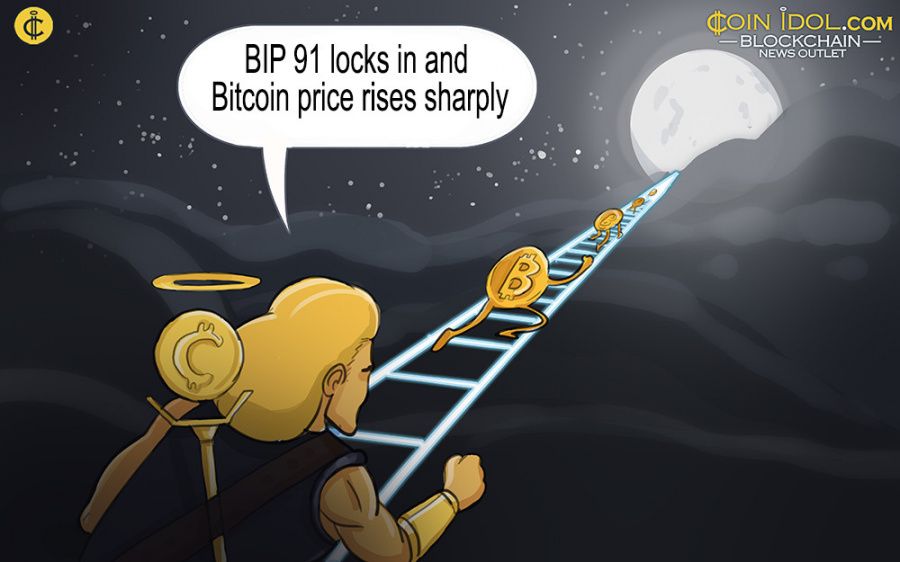 Charlie Lee, the founder of Litecoin, who has great experience in cryptocurrency Segwit, predicted before that when BIP91 locks in and pools signal SegWit, BTC price will rally hard and it actually did.

Prediction: When BIP91 locks in and pools signal SegWit, BTC price will rally hard. Just like for Litecoin, market knows SegWit is awesome.

The announcement from the CEO of BTCC exchange, Bobby Lee, that the BTCC mining pool is fully supporting both SegWit2x and BIP91, also had a major effect on the Bitcoin price.

Now, more than 95% of all hashpower is signaling support for BIP91, Bitcoin Magazine reports. BIP 91 was proposed by Bitmain Warranty engineer James Hilliard. It is compatible with the New York Agreement and backed by a number of Bitcoin companies and mining pools. It also allows accepting the Segregated Witness protocol more easily and if it is activated before July 31, it will replace BIP148.  However, SegWit is not certain yet. 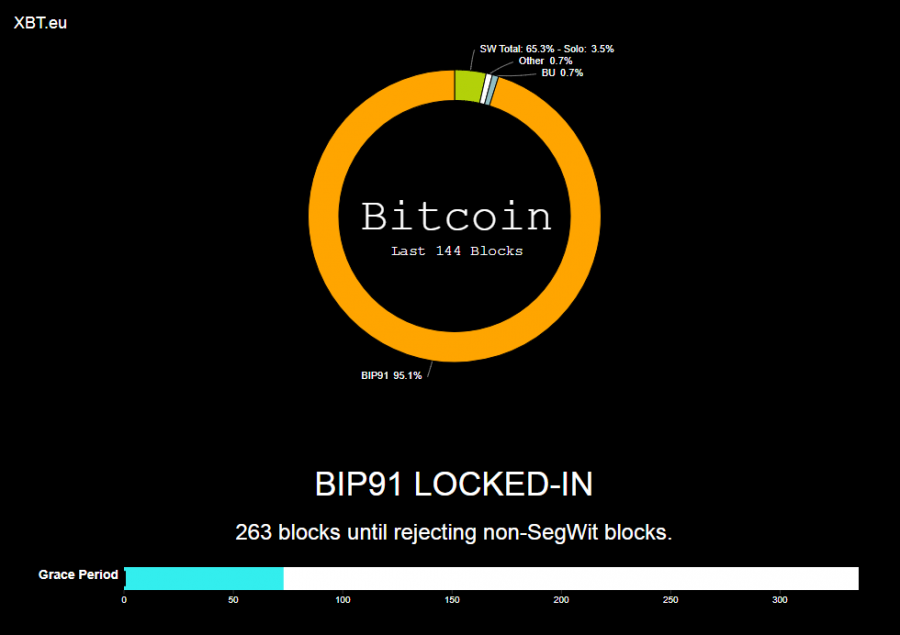