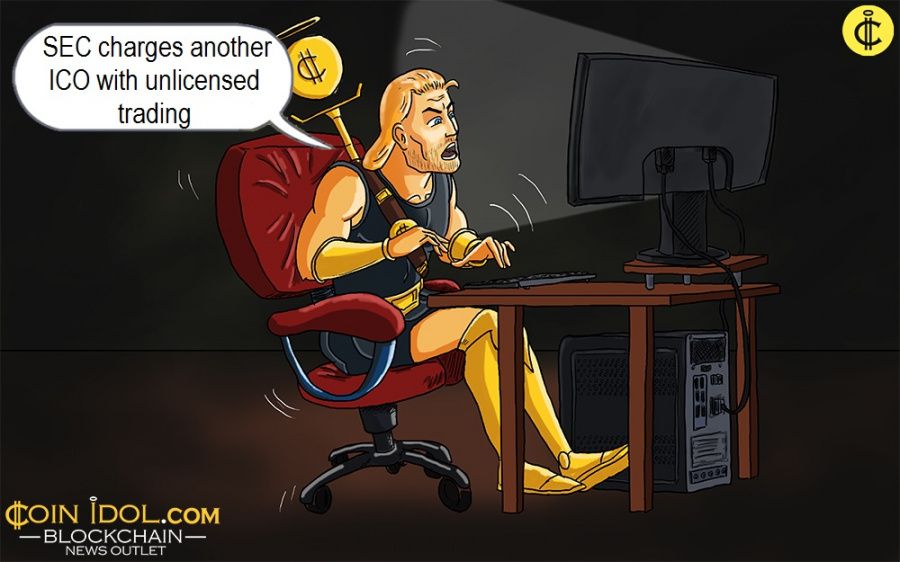 In the due course of searching for fake initial coin offerings (ICO), the United States Securities and Exchange Commission (US SEC), the authority in charge of monitoring and regulating electronic securities, has managed to charge another blockchain and distributed ledger tech (DLT) initiative with cheating a massive number of investors, to collect around $42 million.

As per the statement, the founder of UnitedData, Eran Eyal, carried out a deceitful ICO of unlicensed securities, trading Shopin coins. Shopin targeted to utilize some of the money raised from the sales of the coins to form global shopper profiles, sustained on the DLT and blockchain technology, which would manage to monitor and track consumer purchase past accounts and records across online venders and applaud goods centered on this data. The Shopin coin sale was carried out from Aug 2017 to April last year and managed to gather more than $40 million.

Nevertheless, the financial and market regulator purported that Shopin did not develop a functional network. The complaint also claims that Eran and Shopin fibbed time and time to venture capitalists regarding its offering, such as falsifications about alleged collaborations with particular famous venders, participation of a bulging businessperson in distributed ledger technology and cryptocurrency world. Furthermore, Eran was indicted of using client financial resources for his individual gains, including about $500k used for rent, dating package, shopping, leisure costs.

Per the SEC’s publication, the firm together with its forefather dishonored anti-fraud and registration provisions that are well drafted in the federal securities rules and regulations. It is currently looking for perpetual orders, discharging with interest, and civil fines, plus an officer-and-director bar against Eran and a bar in contradiction of the creator and Shopin barring them from contributing in any yet to come offering of cryptocurrency securities.

In November this year, a different massive ICO, Gladius Network LLC, disbanded the firm, disregarding the authority’s order to repay and compensate all the investors and stakeholders. The watchdog has tried to prolong the process of coming out with a final verdict of many cryptocurrencies exchange-traded funds (ETFS) including that of CBOE, Nasdaq, VanEck Bitcoin ETF, NYSE and many others.