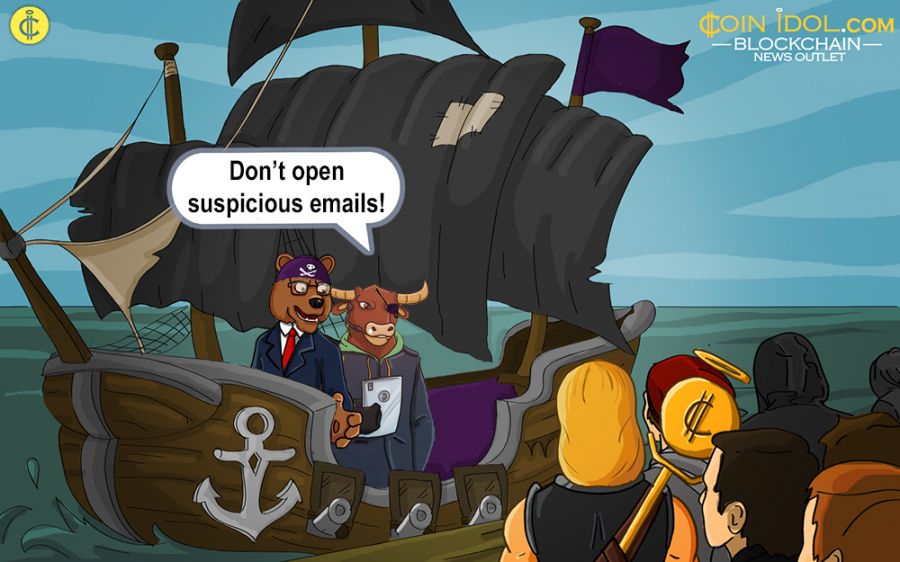 The number of scam projects seems to grow proportionally to COVID-19 cases. Now, scammers are posing themselves as the National Health Service (NHS) to trick the citizens of Great Britain out of their cryptocurrency.

The number of fake emails from the NHS has grown rapidly. Scammers usually infect such emails with bitcoin ransomware or credentials stealing malware and target hospitals mostly. In some cases, it has even led to the blocking of entire clinical systems. Other emails ask for cryptocurrency donations as if to help victims of coronavirus.

All this has triggered Action Fraud, a UK fraud and cybercrime reporting centre, to join forces with London police and issue another scam alert about these schemes. The alert was published on the organization’s Twitter page. It warns people against opening any emails of NHS or donating money, as the organization does not accept cryptocurrency.

We continue to receive a high volume of reports about fake emails being used to solicit donations to the NHS.

The NHS will never ask you to send money directly to a bank account, or make a payment using Bitcoin.

Is it easy to trick people?

It seems to have become a popular trend among scammers to pose as reputable global organizations to trick people. Coinidol.com, a world blockchain news outlet, has previously reported that a group of fraudsters pretending to be the World Health Organization has asked people for bitcoin donations in exchange for a complete list of infected people in their neighbourhood. The group attacked the residents of Manchester, Pembrokeshire, and Norfolk.

Another fraudulent scheme has employed the name of Her Majesty's Revenue and Customs service. Criminals were offering tax refunds while forwarding those trustful enough to catch the bait to fake websites stealing credentials.

Such a sharp increase has caused the UK Financial Conduct Authority to issue its own warning against investing in any coronavirus-related cryptocurrency projects, as most of them were considered fraud.

Despite some might think such schemes are too obviously fraudulent to even think of taking part in them, practice shows that there are a lot of people trustful enough to believe them. As Action Fraud reported, there have been around 105 coronavirus-related scams since the beginning of February which harvested £960,000 to their developers.