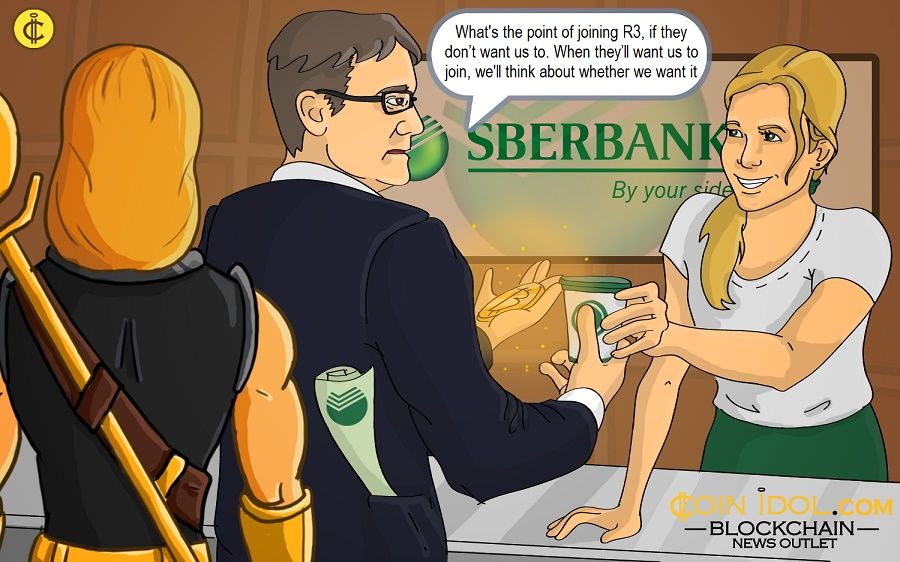 According to a report by Russian media 'Kommersant', at the stage of filing an application to join the consortium, representatives of Sberbank were unofficially informed that their appeal "will not pass because of sanctions”. Sberbank has been sanctioned by the United States since 2014.

The first deputy chairman of Sberbank, Lev Khasis, said that the official application for joining R3 was not yet submitted. He stated that the reason for Sberbank not to join R3 is not only due to sanctions but the complexity of the perception of Russia in the world. He added:

"What's the point of wanting to join R3, if they don’t want us to. When they’ll want [us to join], we'll think about whether we want to."

However, interlocutors of ‘Kommersant’ in the banking community are sure that Sberbank's decision not to join R3 is primarily due to the fact that this Blockchain consortium is being transformed from a consortium into a commercial organization.

To date, one of the largest instant payments system in Russia, the Qiwi group, is the only Russian member of R3 Blockchain consortium. According to Qiwi’s general director, Sergey Solonin, R3 has five applications from Russian banks to join.

Several other Russian banks, like Ak Bars Bank, Alfa Bank, Bank Otkritie, and National Settlement Depository, wanted to join R3’s Blockchain consortium as well, but according to ‘Kommersant’, R3 did not welcome the inclusion of Russian banks in the consortium.

Sberbank has shown a major interest in Blockchain technology and Bitcoin for several years. In September 2016, Sberbank announced that it had joined the Hyperledger consortium. In October 2016, Sberbank and the Russian Federal Antimonopoly Service (FAS) launched a pilot project of a Digital Ecosystem for document transactions based on Blockchain technology, while a subsidiary company of Sberbank launched a pilot version of a unified Blockchain-based database of insurance histories to combat fraud in the insurance industry. Moreover, the head of Sberbank has confirmed that he used cryptocurrency and has exchanged some of the Bitcoins he had for fiat money.