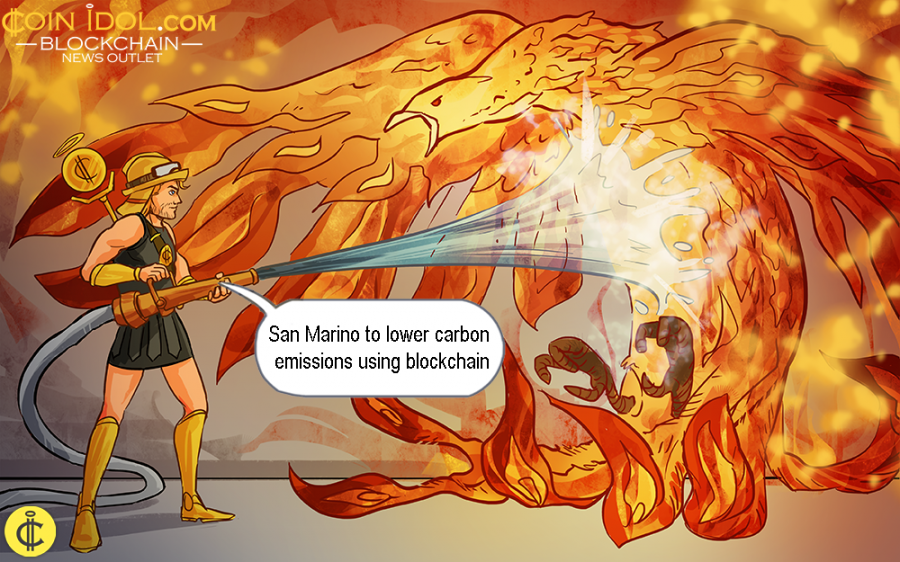 The small enclave nation bordered by Italy, iRepublic of San Marino, has signed a Memorandum of Understanding (MoU) with VeChain Foundation Ltd and DNV GL, to adopt blockchain so they can define blockchain systems that have the potential to boost adoption of upright behavior by residents and set favorable conditions which will attract fresh projects to the country, hence embracing the digital revolution and evolution of the whole economic structure. The country is trying to consolidate its strategy of developing, promoting and implementing the technological novelty ecosystem using groundbreaking blockchain tech.

The project will enable an ecosystem that is capable of promoting the use and adoption of virtuous behavior by all nationals, with the aim of lowering carbon emissions, as well as application of circular economy structures.

As a matter of fact, the platform encourages upright and viable activities like water saving, isolated waste collection and management, paying nationals via its native token, which is directly allotted by San Marino Innovation Token, that can be utilised within the country for different services.

Residents will be in a position to measure the effects of this particular virtuous behavior, such as the lowering of bi-oxygen demand and carbon, stemming from the adoption of a sustainability-related activities, will be properly measured using an effective algorithm and rewarded via the so-called Innovation Token. So far, the roll out of the low carbon bionetwork will be the first instance, at the international level, of the incentives via the use of the distributed ledger tech (DLT) and utility token.

In the near future, two dedicated work tables will be created, that will be involving senior technicians, lawyers and institutions to enable rapid, effective and innovative operations. The aim is to increase transparency, speed and trust of DLT in the service of sustainability.

The Innovation Token is the correct thing to fascinate investments and make these striving projects tangible.  San Marino embodies an exclusive opportunity, that crafts a connection of the digital and traditional domains. A significant stride towards the fast diffusion of projects, such as this one, which support development and levels the ground for a prospect of interaction between subjects that share the common objective.

The country seems to be on the right track towards becoming the next blockchain hub. In March, the Republic successfully tested blockchain tech and cryptocurrency for businesses under Delegated Decree n.37. In May, it declared its interest of regulating blockchain tech so as it can promote its high-technology profile. Then, last month, the country legally approved regulations that will govern blockchain and digital currency businesses.