Russia May Drop Criminal Penalty For Mining Or Using Bitcoin 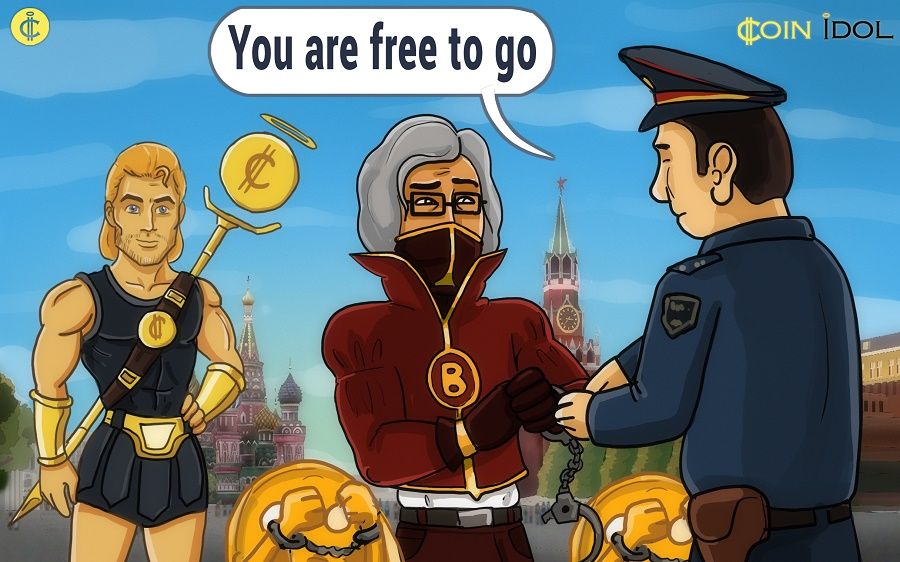 According to the publication on Friday, based on information from one of Interfax’s sources among Russian financial institutions, the Prosecutor General and the Ministry of Justice decided that there are not enough reasons to establish criminal responsibility for such activities.

Russian authorities have stated many times before their negative attitude to cryptocurrencies. In Spring 2016, the Ministry of Finance in Russia decided that emission of money surrogates for sale should be considered a crime with a possible penalty of a maximum of 4-7 years in prison.

“Discussions about this bill are held since 2014. The paragraphs in this bill has been changed several times already; administrative liability was changed to criminal responsibility, prison terms and multimillion-dollar fines surprised even lawyers who are used to everything. It’s not a joke that for activities with Bitcoin, in some cases, people could get a more severe punishment than criminals for killing. But the timing of the introduction of the project to the State Duma was postponed many times, and the statements were specified. Like the comments of Deputy Finance Minister Alexey Moiseev who said that Blockchain needs internal tokens, and it is wrong to indiscriminately punish people for that. Now here came the news about the decision to cancel the criminal liability. Of course, it pleases the community. But I suggest waiting for the publication of the law, which is promised to be made this fall. To date, we haven’t seen the text of the bill, and we don’t know what other changes there will be.”

However, by the end of the meeting, Russian authorities decided that it is necessary to monitor the use of virtual currency and further investigate the risks of using it for criminal purposes.