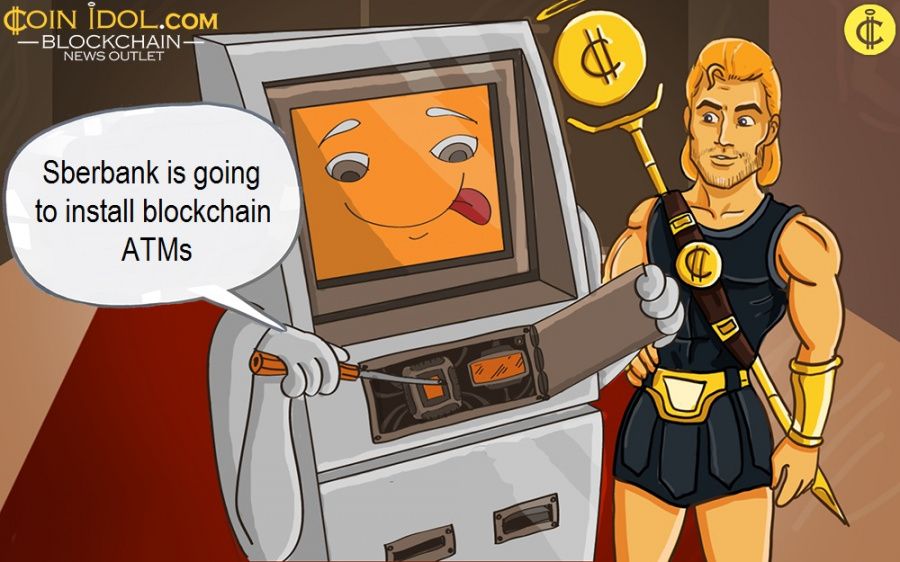 According to Izvestia, Russia’s daily newspaper, Sberbank plans to deploy 5,000 ATMs powered by blockchain throughout the country. Sberbank, which has 75,000 ATMs, will purchase 5,000 blockchain ATMs through a bid of $180 mln USD.

The bank is highly interested in distributed ledger tech innovation. Two years ago, it even helped to establish a ‘Blockchain Lab’ to develop and experiment with different blockchain technologies.

In the fall of last year, it was the first Russian banking institution to acquire a patent for a system that converts repo (repurchase redemption) transactions into smart contracts on the blockchain, as coinidol.com, a world blockchain news outlet, reported. The recipe of blockchain and smart contract makes monetary contracts very transparent and secure for both the bank and the clients.

The bank wants to incorporate additional blockchain-based features that will be used by its customers when applying for loans, shopping, plus checking the stock market. The banking giant is also delving into these disruptive technologies with the intention of minimizing the use of physical credit cards.

Such a move proves that modern contactless solutions are becoming more and more applicable and are paving the way to new life-changing prospects. With the need to minimize physical contacts banks are forced to turn to fintech innovations to keep pace with the changing environment. So we might probably see even more use cases for blockchain and distributed ledger in the future, as the technology ensures security, transparency and allows people to minimize physical contacts, and therefore the risk of being infected.

Tags
Sberbank Transaction Banking Blockchain Technology Contract Google
Most Popular
Sep 22, 2021 at 12:12
News
Banks in EMEA Miss Out the Potential of Blockchain, with Only 19% Benefiting from the Technology
Sep 22, 2021 at 11:11
News
Bitcoin Cash Drops Sharply to the Oversold Region, Poises for a Fresh Uptrend
Sep 22, 2021 at 10:15
News
Learn Professional Trading From The Best. DIFX Academy Is The Place To Be
Sep 22, 2021 at 09:17
News
Cardano Declines to the Previous Low at $1.91 as Bears Resume Selling Pressure
Sep 21, 2021 at 13:11
News
The Chinese Digital Yuan Shows Success, but WeChat and Alipay Pose Threats
More