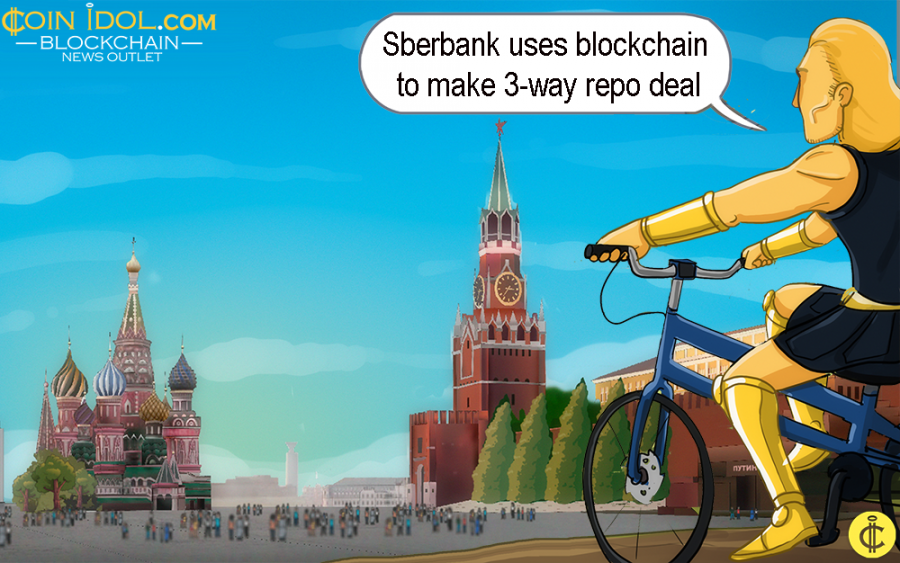 Sberbank, a state-owned bank, has sealed a repurchase agreement, or repo, with the help of blockchain on Thursday 6, 2018. Now, the combination of DLT and smart contract sets financial contracts very diaphanous and seems to tighten the security for both the financial institution and the customers.

The Russian bank declared that, with great involvement from Region Brokerage Company and Russia’s National Settlement Depository (NSD), it had completed the “globe’s first” three-way over-the-counter (OTC) repo by employing a smart contract. In this agreement, the securities are sold off to an individual, with the trader accepting to rebuy them at a certain pre-put future price and date. These are actually short term loans.

While testing, Sberbank played the role of the seller, Region acted as a buyer, and NSD performed as a settlement agent. This big deal was greatly for a rouble-denominated OTC repo that was secured by Russian loan bonds. They didn’t reveal the real value of the instrument.

Using blockchain technology enabled these three major parties to significantly automate different parts of the exercise, such as running of margins, settlement & repository recounting. This deal was properly governed by existing local laws.

Andrey Shemetov, is the vice president of Sberbank and he also heads global market department. Andrey revealed that:

“We are confident that the market will adopt our technology as a new standard for carrying out OTC repo deals and market players will appreciate all the advantages it offers.”

“Integrating the NSD’s CMS into distributed blockchain networks is part of our development strategy. Using blockchain to service repo deals is one of the few examples that justify the use of this technology.”

Sberbank rolled out a blockchain tech lab earlier in 2018, to create and test DLT-based business solutions. And in May also, it collaborated with MTS, a telecommunication company, to carry out commercial transactions valued at $12 million using distributed ledger technology (DLT).

Several financial institutions in other parts of the world are also delving into DLT as a method to make transactions in different financial instruments. On December 6, four European giant banks (ING, Rabobank, Commerzbank and Natixis) made a live transaction for a certain short-term debt instrument via Corda platform created by blockchain technology consortium startup R3.

In November this year, the central bank of Singapore, together with the stock exchange of the country formed a settlement system utilizing smart contracts to smooth post-trade exercises and reduce the settlement cycle.