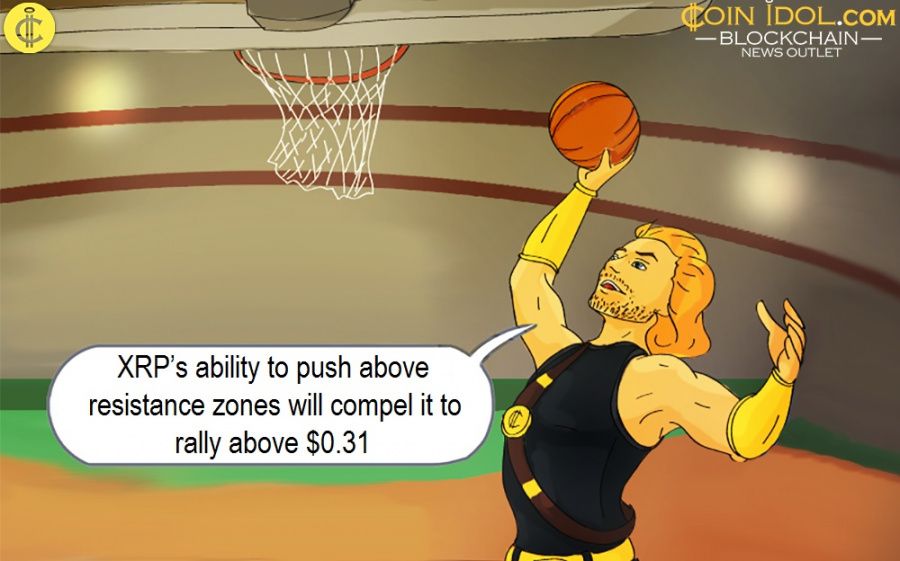 Ripple (XRP) is making an impressive move but may face resistance at $0.23.

After a sharp decline on November 24, XRP traded and formed a price range. On its first decline, Ripple fell beneath $0.20 and moved up to $0.23. On its second drop, Ripple retested the previous low and it is pushing upward to the higher price levels. There is a likelihood that Ripple may face resistance at $0.23. However, any hindrance to price movement will compel XRP to continue its fluctuation.

Incidentally, this will confirm that XRP is fluctuating between the levels of $0.20 and $0.23. Interestingly, the coin’s ability to push above resistance zones will compel it to rally above $0.31. The pair will be out of the current low and may signal the resumption of an uptrend. In the interim, XRP is trading and approaching the first resistance at $0.23

The MACD line and the signal line are beneath the zero line which signifies that the overall trend is a bear market. The EMAs are pointing southward while the blue line moving average acts as a hurdle to price movement. 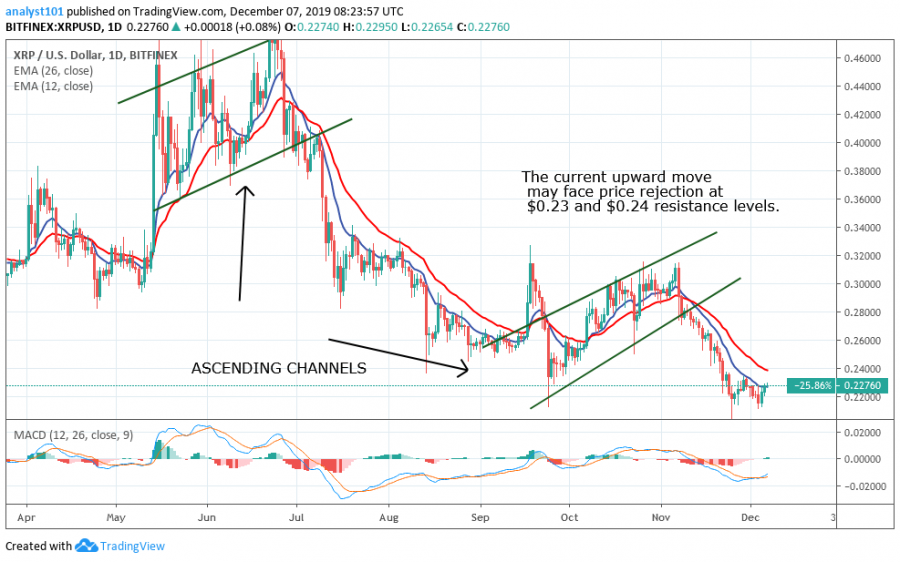 After the last bearish impulse, the market has confined itself to a price range. It has not traded above the first resistance. It has been trading within the range of $0.20 and $0.23. A move above the $0.23 and $0.24 is likely to make a positive effect on the coin and bring the coin out of the downtrend. Buyers need to come in to effect a change in this price zone or the price will continue its fluctuations.