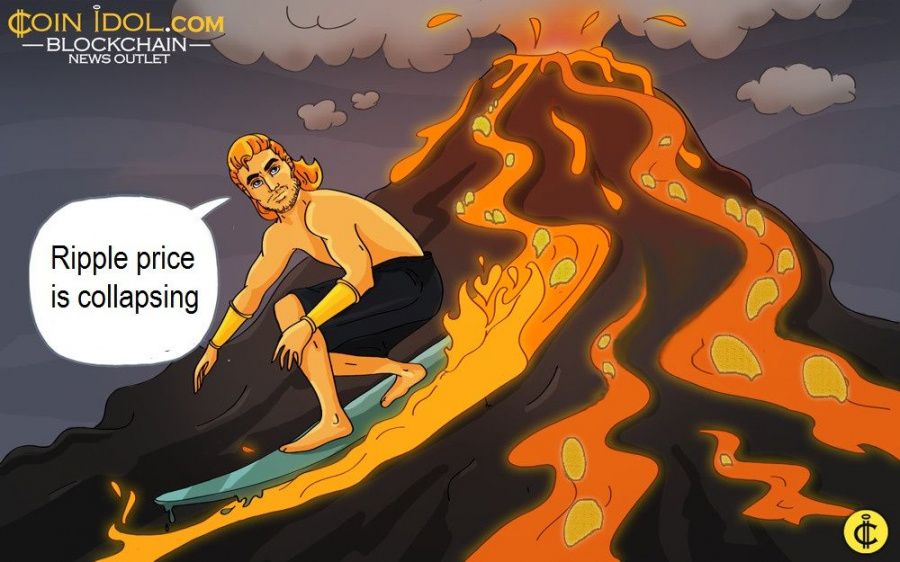 The United States Securities and Exchange Commission (US SEC), an autonomous agency that protects cryptocurrency investors and the national banking and financial system, is going to file a court case against Ripple Inc.

The agency claims there was a violation of investor-protection laws following the firm’s sale of XRP coin. The regulator is refusing to accept that XRP is a currency, it wants Ripple to register as an investment contract.

XRP has been operating as a currency for more than 8 years. Many financial agencies in several countries including Japan, Switzerland, UAE, Singapore, have already recognized the coin as a currency, but not a security.

XRP plunged by over 28 percent against the US dollar

Following the release of the news, the price of XRP started moving in a negative trend. Before the news, XRP was trading at a high of about $0.653909. At press time, XRP is trading at around $0.329 with a drop of more than 28%. If Ripple loses the case, the possible consequences would be to pay a heavy fine, and this would result in a paralysis in the use of XRP by users, hence registering losses.

Following the decline in the value of its XRP cryptocurrency, Ripple has promised to fight and triumph with SEC in the courts of law. The legal fight aims at getting the flawless guidelines and regulatory framework of the road for the whole cryptocurrency sector in the USA.

Some of the US SEC lawsuits involving digital currency offerings

In June 2019, the agency dragged Kik Interactive for carrying out a $100 million unlicensed ICO of cryptocurrency dubbed Kin, a case that Kik has refuted. On September 30, this year, the court presented a verdict and revealed that Kik’s ICO of Kin contained illegal transactions and violated Section 5 of the Securities Act of 1933.

The SEC also took Unikrn Inc., a company behind online eSports gaming and betting platform for breaching Section 5 of the Securities Act under related circumstances. The US SEC accuses Unikrn of raising over $31 million via the pre-sale (started on June 11, 2017) and initial coin offering (started on June 19, the same year) of a cryptocurrency called UKG (Unikoin Gold).

Some of these legal issues remain contentious and to some degree unsettled. Any company offering digital currencies should consult with the regulators and experienced securities law lawyers.

The agency is having a hostile campaign against digital currency businesses. CoinIdol, a world blockchain news outlet, previously reported that the regulator has been pressing hard on big blockchain and cryptocurrency projects such as the Telegram Open Network (TON). Many Bitcoin exchange-traded fund (ETF) proposals have been declined by the same agency.

The continued lawsuits by SEC against blockchain and cryptocurrency companies is seen by many including Ripple co-founder Chris Larsen, and CEO Brad Garlinghouse, as an attack on the digital currency industry. The agency is in one way or another trying to limit the US innovation in the blockchain sector.