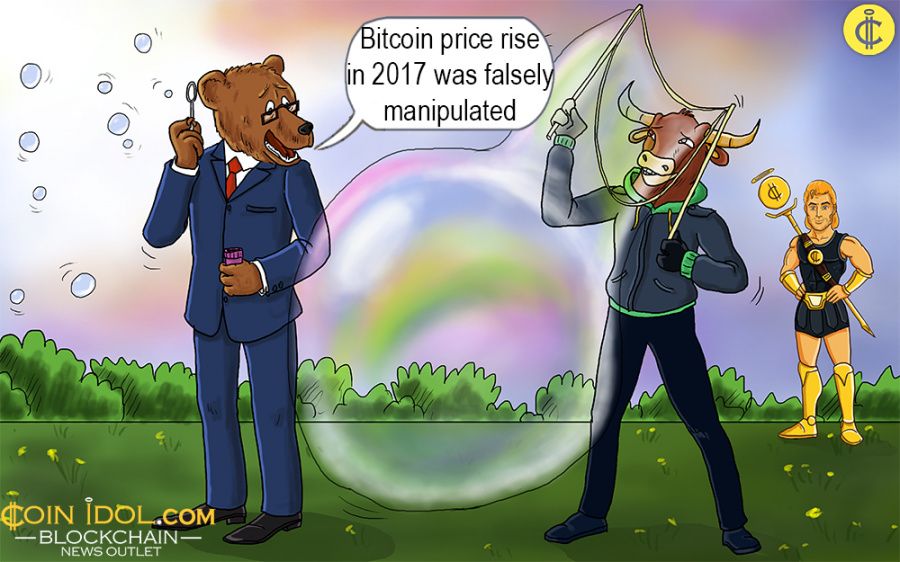 The latest investigation done by University of Texas researchers claims to disclose exact facts and evidence of he meteoric rise of Bitcoin and other cryptocurrencies in late 2017.

The study dubbed " Is Bitcoin Really Un-Tethered?," was made by John Griffin, the professor of Finance and Ph.D. candidate from the University of Texas and applied algorithms to deeply analyze blockchain data related to price spikes.

Griffin, who has made a lot of forensic financial study shows a number of market patterns which point out that Tether cryptocurrency was used to enlarge demand for bitcoin at critical points. He believes to find a price manipulation performed by expert individuals using Tether to make large artificial market demand.

Griffin noted that there is enough evidence of Tether being used to protect bitcoin prices during downturns in an organised manner:

Griffin and Shams compare the Bitcoin price movements and timing of Tether transactions in the paper, identifying patterns that show less than 1% of hours in which large-scale Tether purchases happen are highly associated with 50% of the market movements that led to the high increase in value of Bitcoin and 64% of the positive action expressed by other cryptocurrency.

These patterns cannot be fully explained by investor demand proxies though they are more consistent with the supply-based hypothesis where Tether is applied to manipulate cryptocurrency prices and offer price support.

The study discovered that as more Tether is issued and enters the market, cryptocurrency prices rise correspondingly in the mode comparable to the inflationary effect of printing additional money.

The real evidence of market manipulation showed within the done study entails that after Bitfinex chopped Tether supplies, the manipulation patterns stopped. Remember Tether and Bitfinex share the same Chief Executive Officer, Jan Ludovicus van der Velde and it is also true that the Tether projects lays out Bitfinex as a primary integrated exchange.

"Bitfinex nor Tether is, or has ever, engaged in any sort of market or price manipulation. Tether issuances cannot be used to prop up the price of Bitcoin or any other coin/token on Bitfinex."