Price Analytics: The Downfall of All Cryptos 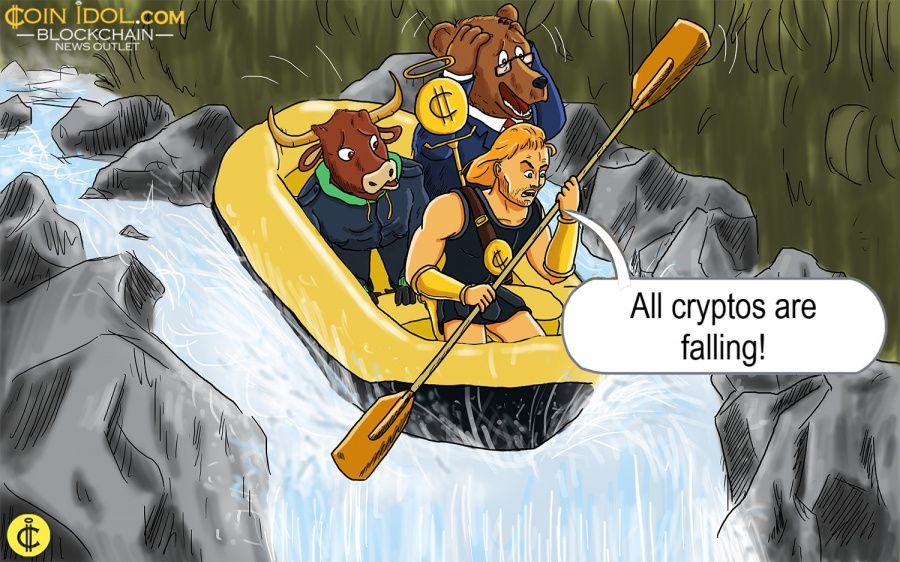 The Bitcoin price has fallen like a stone by over 2% within just 30 minutes from $7,400 to $6,950, forcing tokens and other significant Cryptos to register large losses. Moreover, the downfall continued within the next hours, and presently BTC price is as low as $6,452.

Such a decrease in BTC caused almost all cryptocurrencies listed on Coinmarketcap to show significant losses in price, with only the TrueUSD token showing an increase of 0.03% and Tether increasing by 0.8%.

Edward Morra, a Crypto trader and technical analyst, noted that the correction is arriving for Bitcoin unless it indicates a movement reversal supported by a cluster in volume.

“Bitcoin is coiling tighter and tighter, making everyone wonder what to expect, but I feel like correction is incoming (if not a reversal). However, we also need to understand that shorting here is being in the vanguard, as there are no clear confirmation of a trend change as of yet,” Morra explained.

Considering the size of the plunge in the Bitcoin price in a blink of an eye in contrast to the stability the giant Crypto has shown since Aug 6, it is more likely that the price of Bitcoin will face the mid-$6,000 area in coming days.

As Bitcoin’s price drops, tokens and small market cap Cryptos are expected to bleed out further, forgoing their temporary gains right the way through early September.

Against Bitcoin, even the better-operating tokens such as Ontology, ICON and WanChain have dropped by almost 70% since early this year and in a few weeks from now, tokens will hustle to gain momentum against Bitcoin and Ethereum pairs.

Several traders in the crypto industry have hoped the season of tokens and small market cap Cryptos to come in September putting into consideration that tokens have faced huge losses against bull Cryptos for eight months consecutively.

The quickly soaring volume of both Bitcoin and Tether (USDT) shows the manner and tendency of investors in Crypto market to tie their investments to the value of the US dollar in order to shun short-term drops. As the USDT volume increases above the $3 billion level, it is liable that the minor correction of Bitcoin will be multiplied.