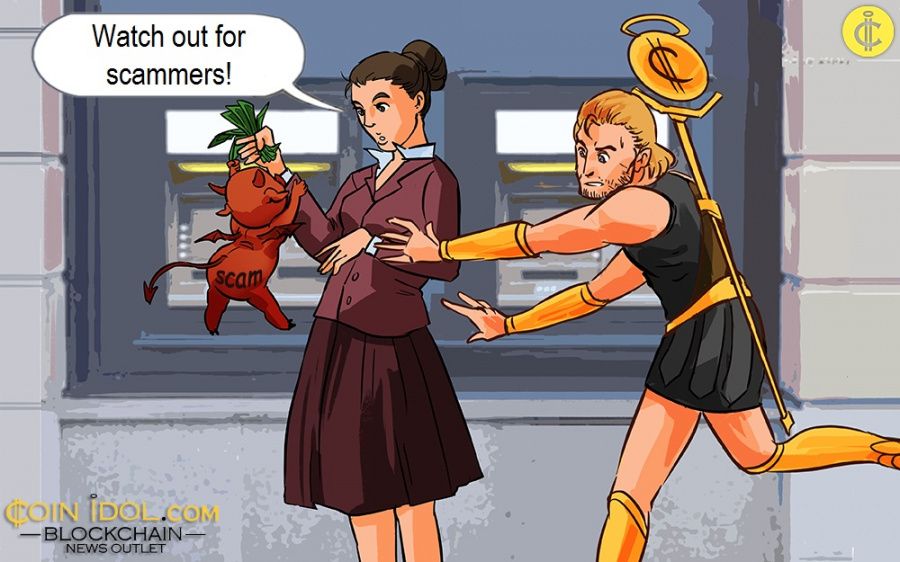 Back in July 2020, CoinIdol, a world blockchain news outlet, received an email from one of its readers that wished to stay anonymous saying one was scammed by a project called PrepayWay. Later on, another reader, Sempiira Joseph Nyagwa claimed he was also scammed by the project runners.

The reader (let’s call him A.) claimed that he invested 100 Euro as the project seemed reliable enough. However, the project stopped any updates since April 2020, triggering doubts in its legitimacy.

Mr A. tried to contact the PrepayWay support team, however, they were also silent.

Instead of keeping its investors updated on the company’s progress and what their investments are doing, PrepayWay has chosen to go silent on most of its communication platforms including social media and emails, leaving investors in agony. This especially caused commotion within its investors’ community.

“I am submitting a complaint about the speaker Dr Frank Emmert on that event. We would like the organizers to first ask them about the money they collected from people under the PrepayWay InBit project and refused to list the token on the exchanges and no updates they are giving us”,

reads part of a complaint submitted to CoinIdol by Sempiira Joseph Nyagwa, one of the investors in PrepayWay’s crowdlending project.

PrepayWay, a Swiss fintech company that is running a crowdfunding project that seems to have turned out into a scam is not only avoiding communication with its investors on email and social media platforms but locked them out of their monies blaming COVID-19.

On the company’s official website, things look cool and well-organized for PrepayWay, with plans, project team, competences and value proposition all well written. The three-year-old company is fully registered with the commercial registry of companies of Kanton Zug (Identification number CHE-370.342.884). PrepayWay intends to design blockchain solutions that streamline collaboration, contracting, and payments in the context of international trade and hopes to get funding for its three main products: Elleeo, PrepayWay Real Estate, and PrepayWay Global Trade mainly through the sale of shares.

According to the equity crowdfunding timeline presented on the company’s website, the company has reached its fourth stage of fundraising and sells shares that should bring three times more return on investment. PrepayWay is seeking initial funding of EUR 4,450,000 within at least three years (2019-2021). The company has also launched its Elleeo crowdlending platform in which potential investors can lend to up to 70 different real estate borrowers and gain interest on their investments over a specific period. Elleeo is driven by InBits, PrepayWay’s cryptocurrency and the sole means of payments.

The fishy thing going on at PrepayWay

However, PrepayWay has raised eyebrows lately when it failed to list its InBit tokens and ready it for use on other crypto exchange platforms, consequently, holding up investor funds in the unusable InBits form for months now.

Although the company had promised to list InBits by end of March and diversify its payment options, such attempts have yielded no good results. While the company’s 2020 timeline is way behind schedule. They claimed the halt was caused by the COVID-19 pandemic, however, it seems to be very unlikely. Despite the virus indeed halted most industries worldwide, blockchain and cryptocurrency sector, on the contrary, has seen a significant boost in both development and employment opportunities. As most startups allow for remote working, they suffered very little from the lockdown. The price surge seen by most cryptocurrencies proves that very well.

Moreover, the company last posted on its official Facebook page on March 27 even when it was very active from February backwards. The question to ask is why the sudden silence? If it is true that COVID-19 caused the silence, then it is weird. Even more worrisome to PrepayWay’s investors is the fact that the company blocked messaging on their official telegram account as well as other social media pages. 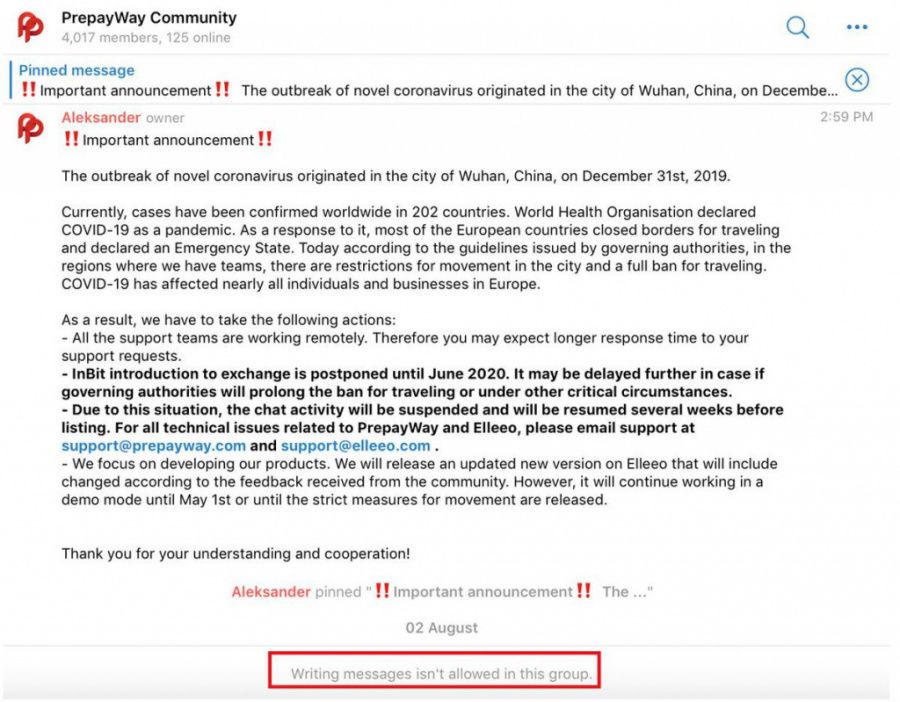 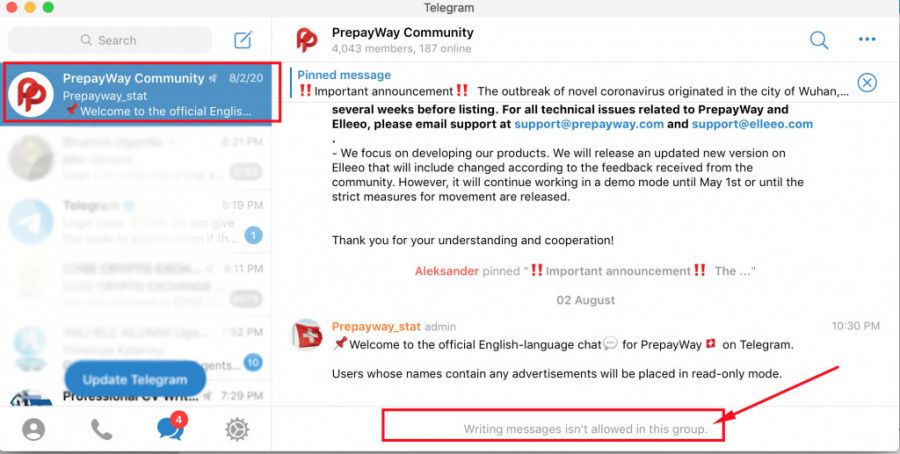 A correspondent of CoinIdol tried to contact the team of PrepayWay, however, received no answers.

The findings discovered by CoinIdol’s investigation raise even more suspicions about PrepayWay being nothing but a new form of scam: a crowdfunding scam. But what exactly is this?

As an alternative to venture capital, crowdfunding is simply a way of business financing in which individuals pool money to bring to life a new or an already existing business idea, say, starting a poultry farm at the corner of the street, or revamping a crypto exchange platform. Crowdfunding has helped so many companies raise the initial capital to kickstart their operations. In North America, at least $17.2 bn is generated through crowdfunding annually. Last year, about 6,455,080 crowdfunding campaigns were launched. However, the new way of fundraising seems to have been infested by scammers already.

The age of scams

There are more than enough scams in the crypto and blockchain industry. A recent report found out that Australia lost $634 million to crypto scams in 2019, bringing the total crypto scam-related losses in the country to $2bn last decade.

The COVID-19 pandemic caused a significant surge in fraudulent activity. Scammers use various schemes and target various sectors. Among the most popular schemes are investment scams that sometimes look very reliable.

That is why it is important to verify the authenticity of the project before putting a penny in it. Normally, “too good to be true” projects are outright scams, while companies without clear procedures of spending and rewarding initial investment are mostly scammers. Quick internet searches could reveal whether or not a project is genuine.