Australians Lose Big to Cryptocurrency Scams, over $2 Billion in a Decade 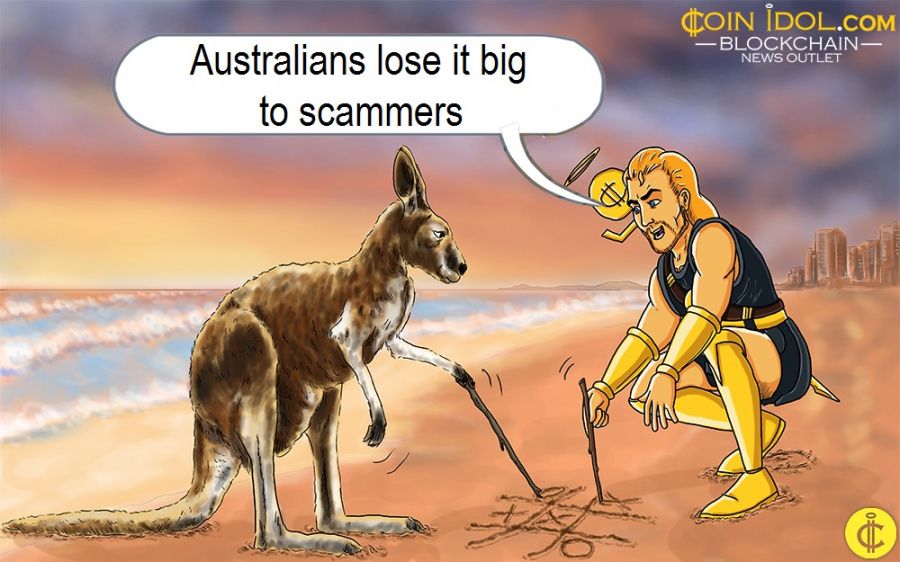 Australians seem to be very vulnerable to fraudulent money-stealing schemes. In 2019 alone, the continent citizens lost over $634 million to cryptocurrency scams, with over $2 billion stolen during the past decade.

The report issued by the Australian Competition and Consumer Commission (ACCC) reveals that over 353k combined reports were submitted to banking institutions as well as other central agencies in the country during 2019. In the past decade, Australian watchdogs registered about one million reports related to scams, which is extremely astonishing. The actual number of victims is supposed to be much bigger because around 1/3 of them don’t actually report scam losses to any agencies.

Scammers apply various methods including social media, direct SMS ads, cyberattacks, and business emails, with the latter accounting for the major losses worth $132 million collected from the business community and some individual crypto users within a year. Investment scams accounted for $126 mln, followed by dating and romance related scams which stand at $83 million. Scams using social media soared by 20%, and those using apps rose by 29% in the country.

Among the other ways used by con artists are fake money giveaways offering huge amounts of money in exchange for small transaction fees. Scammers often disguise themselves as some millionaires struck with a mortal disease and willing to give away their money to make others' lives better. Another widespread legend is about a sudden winning of a big amount in a kind of a lottery and a contest.

As the popularity of crypto-trading has increased, criminals started rushing to the opportunity. Cryptocurrency trading scams in Australia surged in 2018, making it the most common scheme, and the second largest of all investment-related scams in the country.

The ACCC, which operates its own financial fraud reporting site called Scamwatch, advises its users to be wary of fraud in the course of transactions, including cryptocurrency trading and related options.

It is not only Australia that suffers heavily from cryptocurrency fraudsters. The entire world seems to be captured by criminals wishing to steal people’s money along with the COVID-19 pandemic. The thing is that people have become more vulnerable because of the panic, and criminals are fast to take advantage of it.

However, law enforcement agencies are also on the alert, doing their best to put scammers behind bars. For instance, back in 2019, Financial Conduct Authority (FCA) caught four scammers identified as Michael Moore, Muhammad Mirza, Paul Moore and Samrat Bhandari, who cheated the retired and vulnerable poor consumers worth over £1.4 of savings through a fake scheme. Mirza, Paul, Michael and Bhandari were sentenced by the Southwark Crown Court for 15, 9, 15 months, and 3.6 years in prison respectively.

In March 2020, the US authorities imprisoned two Canadians who pretended to be employees of HitBTC, a Hong-Kong-based exchange, for stealing over 23 BTC through a twitter rip-off scheme.

In fact, law enforcement agencies are doing their best to ensure the safety of people, while looking to take advantage of innovative technologies. As coinidol.com, a world blockchain news outlet has previously reported, Interpol turned to means of Artificial Intelligence to build enhanced analytics and create a database to track cryptocurrency crimes.

So, if you become a victim of a rip-off, it’s better to immediately report to the police, and other responsible agencies. They will help to take further action and do their best to make your money back to your wallet and make sure criminals get what they deserve.

Tags
Scam Cryptocurrency Million Money Report Fake Business Finance Social media Fraud
Most Popular
Aug 10, 2022 at 11:50
Price
Bitcoin Cash Bulls Stall Decline as They Face another Rejection at $134
Aug 10, 2022 at 10:50
Price
Weekly Cryptocurrency Market Analysis: Altcoins Retest and Challenge Overhead Resistance Levels
Aug 10, 2022 at 09:48
Price
Cardano Declines as It Struggles to Hold above $0.50
Aug 09, 2022 at 12:40
Price
Litecoin Fluctuates in a Tight Range as it Faces Rejection at $64
Aug 09, 2022 at 11:39
News
Around $2 Billion was Stolen in Cross-Chain Bridge Hacks in 2022; Half of the Funds Went to North Koreans
More