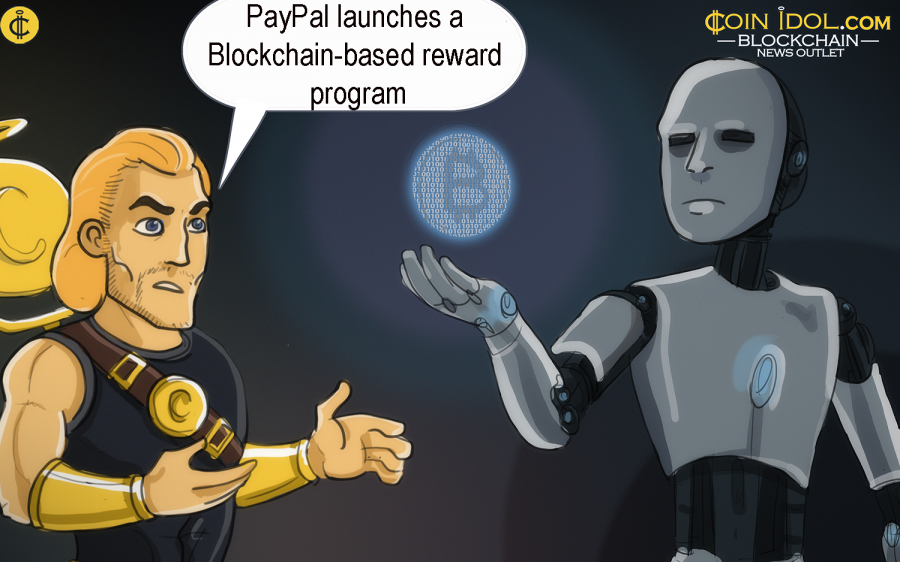 Significant world online payments system PayPal has rolled out a distributed ledger technology (DLT)-based reward system for all of its workers. Michael Todasco, a PayPal director, was cited elaborating on the platform launch in a report published by Cheddar, the financial news channel, on December 6, 2018. Everything is kept on a blockchain tech ledger, and the program is now live.

According to the financial news channel, the program was created by PayPal’s innovation group, based in California, over a period of six months and was officially rolled out in mid-November this year.

All workers utilizing this program are given tokens for taking part in major innovation programs and developing ideas. These granted tokens only apply at PayPal and are able to be exchanged among the participants of the program via a ‘public ledger.’

Michael compared the blockchain-based reward system to Venmo (it has both private & public social media feeds). On this website developed for this crypto program, workers are able to like and comment on and observe all ongoing operations within PayPal regarding innovation.

The cryptos gathered by employees and staff members can be effectively exchanged for more than 100 ‘experiences’ provided on this platform. For example, the staff can take coffee with CFO John Rainey, play poker with the vice president of the Paypal, or engaged in martial art exercises with CEO Dan Schulman. The staff is also permitted to borrow a pet (dog) from one of the top managers of PayPal for 24 hours.

Earlier 2018, John Rainey, said that BTC and major cryptos could be highly used a means of payment. He noted in the interview:

“The technology, there is a real merit to it. I do think, though, it will be years down the road before we see the kind of ubiquity and acceptance that make it a form of currency that is used every day.”

Blockchain technology is commonly applied to loyalty services. A good example is SC Johnson, the U.S housing cleaning supplies producer and Plastic Bank which recently rolled out a recycling program in Indonesia, giving cryptos to locals for solid waste management.

Furthermore, BBVA, a Spanish bank, started employing internal cryptos for a program in its Argentinian and Spanish branches so that it can properly reward trainers who teach skills to workers.

PayPal, which has been delving into DLT for around 24 months now, is also showing a massive interest in digital currency payments. In the month of March this year, the firm officially filed a patent in the United State, defining methods to accelerate digital currency transactions when secondary private keys are used.

Tags
Paypal Reward Payment Technology Blockchain Platform News Online
Most Popular
Apr 12, 2021 at 13:04
News
Ripple Is a Step Away From Outperforming Binance Coin by Market Cap
Apr 12, 2021 at 12:11
News
Ethereum Slumps Below $2,150, Unable To Sustain Above $2,200 Resistance Level
Apr 12, 2021 at 10:38
News
Bitcoin Breaks above $60,000 Support, Struggles to Resume Upside Momentum
Apr 12, 2021 at 08:15
PR
MyCryptoParadise Opens the Door to Trading Like a Professional With the Best Crypto Signals Being Offered Today
Apr 11, 2021 at 11:11
News
Female President of Tanzania Expected to Mitigate the Climate for Cryptocurrency in the Country
More