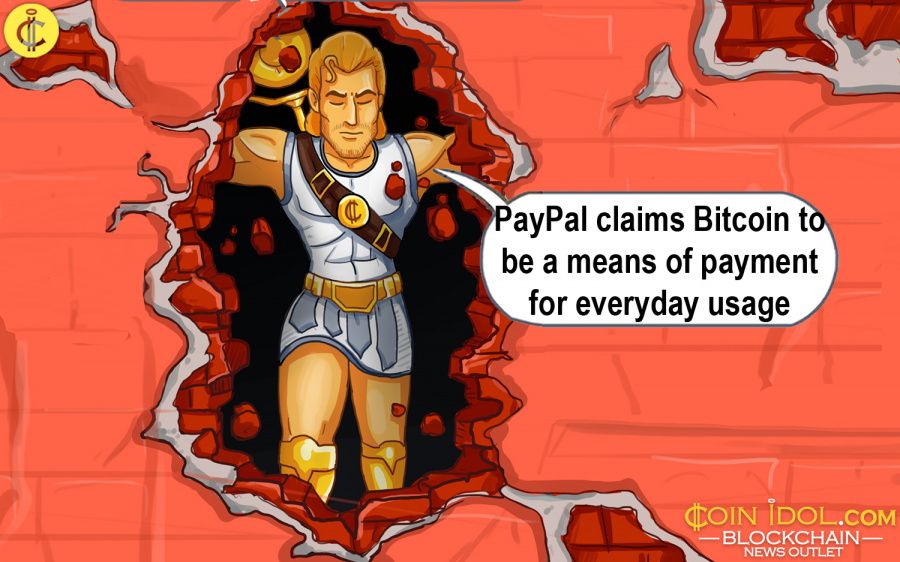 John Rainey, who works as a CFO at PayPal, one of the largest companies on the financial market, claimed in a recent interview with the World Street Journal that Bitcoin and other cryptocurrencies could be the popular payment media in perspective.

John Rainey said in an interview:

“The technology, there is a real merit to it. I do think, though, it will be years down the road before we see the kind of ubiquity and acceptance that make it a form of currency that is used every day.”

Rainey also reported in the interview that he thought the recent volatility with blockchain-based Bitcoin (BTC) and other virtual coins complicated the possibility of such currencies to be used as traditional purchasing currency. He explained that if a merchant had had a 10% profit margin, with for example Bitcoin, but the very next day the price of Bitcoin shrunk 15%, he would have apparent losses.

Nevertheless, John Rainey recognized that there was likely a great chance for Bitcoin to be used as a payment media not only on the cryptocurrency market but also in daily life.

At the end of the last year, Max Levchin, the co-founder of PayPal, expressed his opinion about Bitcoin, calling it "a brilliant idea," which, however, still needs to be verified.

Such attitudes to Bitcoin and other cryptocurrencies from many influential corporations and governments has caused some effect on coming back up of the Bitcoin value, as well as the price of other digital currencies from their low positions at the beginning of the month.