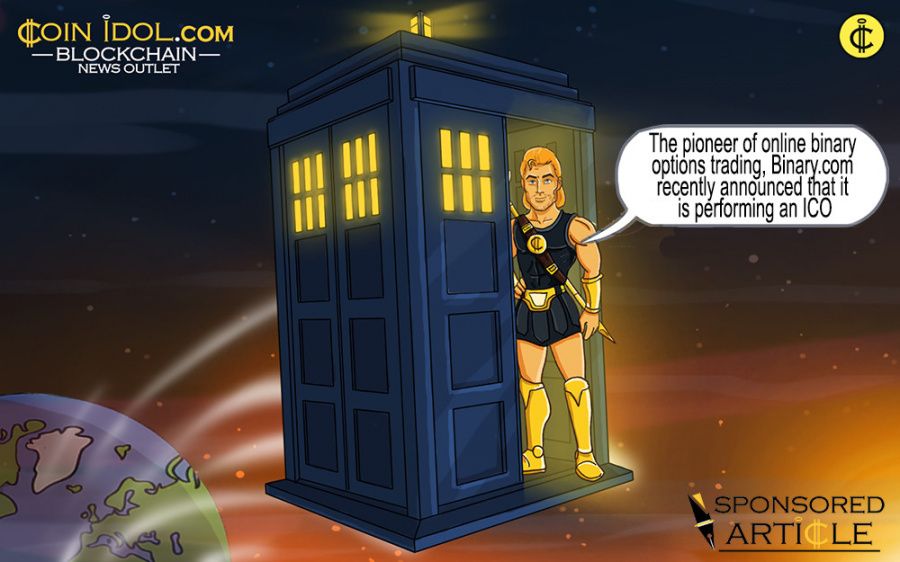 The pioneer of online binary options trading, Binary.com recently announced that it is performing an Initial Coin Offering (ICO) as a substitute for an Initial Public Offering (IPO).

Binary.com believes that a blockchain-based offering –– compared to a listing on a traditional stock exchange –– is more advantageous to prospective investors.

This year alone, 176 ICOs have raised over USD 2.7 billion (as of mid-October), according to Coinschedule, a website that tracks ICOs around the world.

Each ICO is different, but most tend to exhibit similar characteristics. They tend to revolve around an idea for a new implementation of blockchain technology, and will issue new forms of cryptocurrency tokens to prospective investors in order to raise funds for the project.

However, Binary.com promises to set a new standard in how ICOs are carried out. As a profitable company with a proven business model, Binary.com has designed its offering to protect investors by adhering to best practices in corporate governance, investor disclosure, and transparency.

Why an ICO instead of an IPO

Companies of a certain size and maturity that want to further their growth typically choose to go public through an IPO, whereby they can generate fresh capital through the sale of shares.

For Binary.com however, an “IPO on the blockchain” makes a lot more sense, where the company will issue securities-backed tokens instead of shares.

“By opting for an ICO, we can go beyond the limitations of a traditional IPO. We get a wider reach of potential investors, lower costs of trading, and an immutable audit trail of transactions on the blockchain. Through the ICO, we can also establish our trading services among the cryptocurrency community, which is a prime target demographic for our platform.”

Sireau believes that the advantages of an ICO are huge when compared to the cumbersome process that a traditional stock exchange forces upon a company wishing to go public.

As one of the first companies in the world to perform an ICO in lieu of an IPO, Sireau hopes that Binary.com can serve as a reference point for other companies that wish to perform a similar securities-backed offering.

Binary.com is offering up to 10 million securities-backed tokens through its ICO. Each token comes with tangible economic benefits.

Firstly, each token entitles you to receive payments equivalent to the dividends paid by Binary.com on its Ordinary Shares. This means that you can share in the future success of the company in the same way as shareholders.

Secondly, you can trade your token on the Lykke.com cryptocurrency exchange where the token may potentially increase in value. Lykke is a Swiss fintech company that’s building a global blockchain-powered marketplace for securities-linked tokens.

The tokens do not represent Binary.com shares directly as corporate laws in most jurisdictions do not yet support blockchain-based share registers. However, investors have the right (subject to certain conditions) to convert tokens into Ordinary Shares.

The Binary.com ICO is expected to be launched in the fourth quarter of 2017.