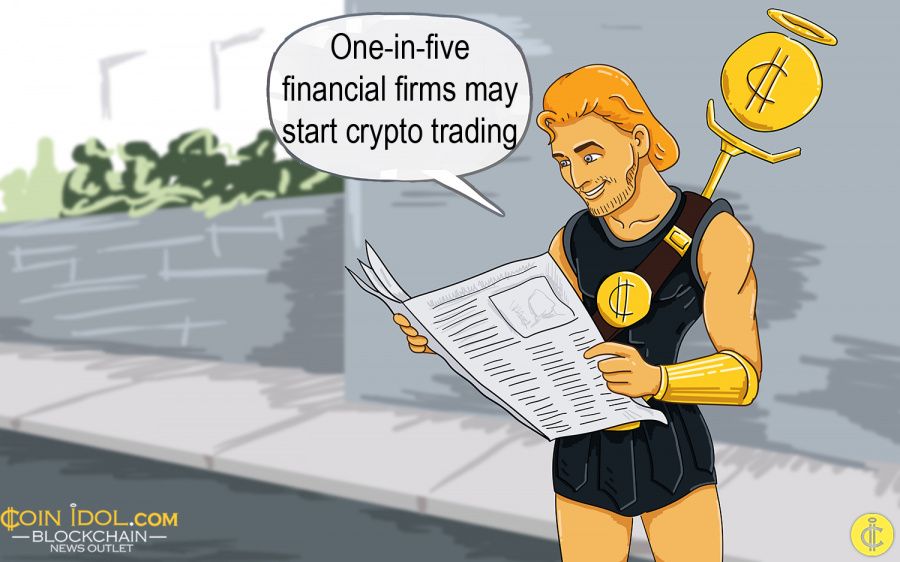 The world of financial technologies has started to attract more and more attention these days. Thomson Reuters conducted a survey, according to which, every fifth company on the financial market might be considering the possibility of implementing crypto trading desks already this year.

“Cryptocurrency is still a relatively small part of the trading market, but this survey makes clear this niche segment is starting to enter the mainstream of the financial services industry. This is a major change from a year ago,” Neill Penney, co-head of trading at Thomson Reuters, says.

The company surveyed more than 400 customers of its information and trading platforms, including Eikon, REDI, FXall, and Elektron. According to Sam Chadwick, the director of new content initiatives at the company, about 20 percent of respondents are "interested and actively exploring" the possibility of performing digital currency transactions in 2018.

According to a survey, 70% of those firms plan to join cryptocurrency market within the next 3-6 months, while the other 22% consider it can be possible over the next 6-12 months. According to Chadwick, even a year ago, none of the company's clients showed any special interest in virtual coins but they were interested in blockchain and smart contracts.

Now the situation has changed. Thus, the cryptocurrency option is the second most popular after the euro on the Eikon platform in the category of "foreign currencies". Furthermore, in addition to changes in the bitcoin value, Thomson Reuters now displays prices of ether, litecoin, and bitcoin cash.

It is worth mentioning that some respondents answered that they would trade anything. Nevertheless, clients’ attention is mainly concentrated on the crypto coins that have the greatest coinmarketcap. A small percentage of the company's customers expressed interest in trading ICO tokens, and quite a few wanted to trade private cryptocurrencies such as Zcash and Monero.

Tags
Trading Cryptocurrency Market Companies Technology Finance Bitcoin Industry
Most Popular
Sep 14, 2021 at 17:41
Business
The Bmeebits.Com Collection Of 3D NFT Models On The Binance Smart Chain Was Sold Out In 12 Hours
Sep 14, 2021 at 12:27
News
Litecoin Consolidates Between $172 and $186 as It Reaches Equilibrium
Sep 14, 2021 at 11:43
News
The Central Bank of Russia is Taking Measures Against Bitcoin Payments
Sep 14, 2021 at 10:56
News
Ripple Struggles below $1.08 Resistance as Sellers Push Price to $1 Low
Sep 13, 2021 at 15:52
News
Covesting Launches Better Risk Management With Revised Margin Allocation Chart
More