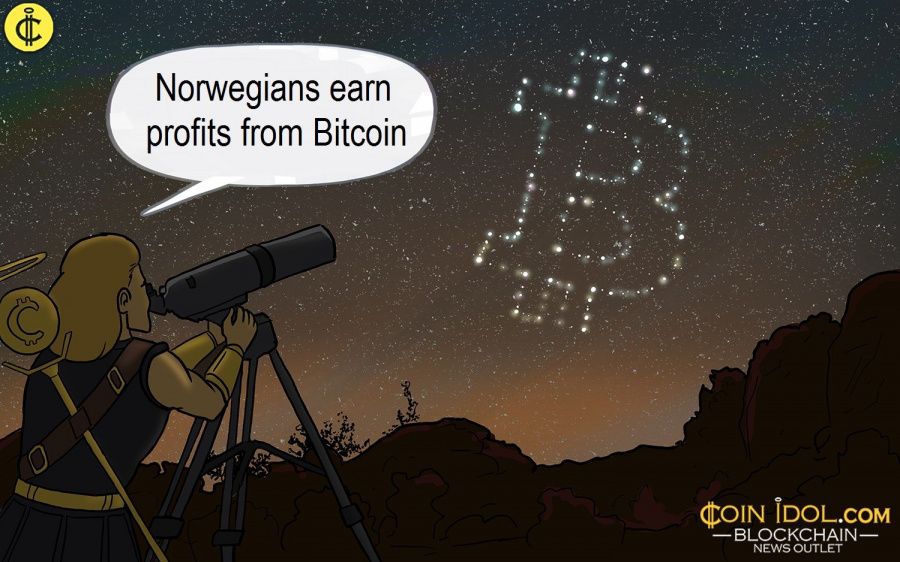 The Norwegian Oil Fund, the oldest Norwegian pension fund and one of the globe's biggest, has a stake in Bitcoin. Thus, every single citizen of the country owns approximately 0.000114 BTC.

The fund backs Norwegians by investing surplus oil profits in various types of assets. Currently, its global market share comprises around 1.4% with a total value of over $1 trillion. Their investment profile consists of mainly real estate objects as well as currencies.

Currently, the Oil Fund has investments in USD, EUR and GBP. However, it seems digital currencies have also attracted the fund’s interest. Back in September 2020, the fund acquired a 2.14% stake in MicroStrategy and 0.8% stake in Square Bitcoin payment companies.

Thus, every citizen of Norway will get a profit from this investment option. If the Bitcoin price rises further, the amount of crypto owned by people will also increase. However, the ownership is indirect, meaning that Norwegians have no personal wallets as well as the opportunity to use Bitcoins in any way.

Generally, Norway is not known for being hostile or cautious about cryptocurrencies. The country has developed a framework for governing digital asset businesses and mining companies to minimize the illegal use of bitcoin as well as other cryptocurrencies.

In particular, the government adopted the European Union’s Fifth Anti-Money Laundering Directive, so all crypto companies have to register within the Financial Supervisory Authority to comply with the AML and KYC requirements.

Also, cryptocurrencies are subject to taxation as capital property. Taxes are to be paid by both traders and miners. Until 2018, mining companies had the electricity tax subsidy that allowed them to reduce expenses. However, CoinIdol, a world blockchain news outlet, reported that the Norwegian Tax Administration cancelled the subsidy in 2018.

Partially, it was caused by the reports stating that cryptocurrency mining is harmful to the environment, while Norwegians are known as a very environmentally-friendly nation.

Generally, Norway does not belong to crypto-friendly nations as there are countries that offer much more favourable legislation for operating cryptocurrency businesses. Nevertheless, companies and institutions show a significant interest in this nascent industry. For instance, Norwegian Air, an airline giant, added a BTC payment option for buying tickets.

Tags
Norway Bitcoin Oil Stake Companies Cryptocurrency Mining Payment Investing Option
Most Popular
Aug 10, 2022 at 11:50
Price
Bitcoin Cash Bulls Stall Decline as They Face another Rejection at $134
Aug 10, 2022 at 10:50
Price
Weekly Cryptocurrency Market Analysis: Altcoins Retest and Challenge Overhead Resistance Levels
Aug 10, 2022 at 09:48
Price
Cardano Declines as It Struggles to Hold above $0.50
Aug 09, 2022 at 12:40
Price
Litecoin Fluctuates in a Tight Range as it Faces Rejection at $64
Aug 09, 2022 at 11:39
News
Around $2 Billion was Stolen in Cross-Chain Bridge Hacks in 2022; Half of the Funds Went to North Koreans
More