NordFX’s 1:1000 Leverage Offering is a Revolution in The World of Cryptocurrency Trading 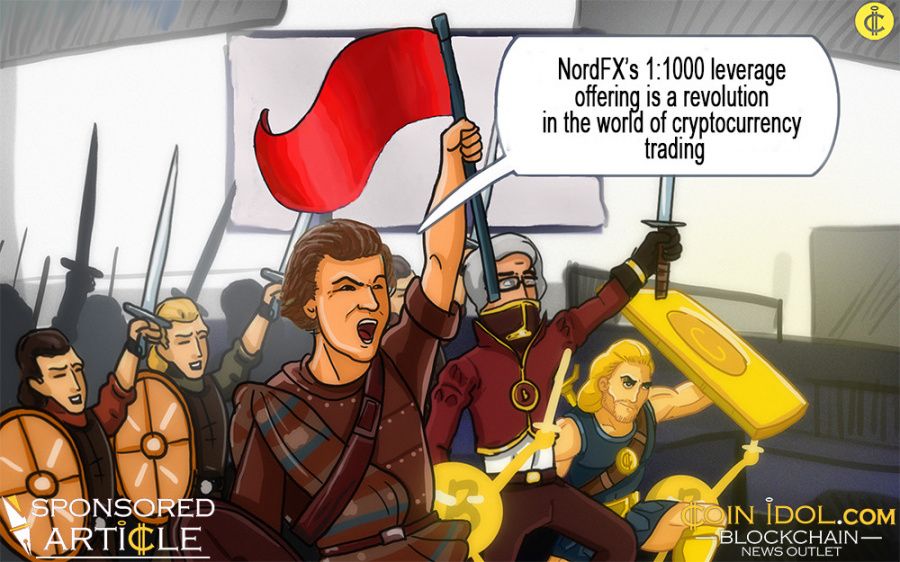 Since December 2017, the clients of brokerage firm NordFX have been enjoying the unprecedented opportunity of trading the most popular cryptocurrencies – bitcoin, Litecoin, and Ethereum – with a leverage ratio of 1:1000. This is tens and even hundreds of times the size of the leverage offered by the firm’s competitors.

Cryptocurrency transactions can now be made on Pro and Zero accounts. This gives NordFX traders a new hedging ability, as they can now conduct simultaneous deals with conventional currency pairs, silver and gold, all with interbank spreads starting at 0 points.

The significant reduction of spread sizes and the rising speed of trade execution have been made possible due to a whole roster of leading global banks, including Citibank and Deutsche Bank, as well as the largest brokers (such as FXCM, LMAX and others), all acting as new liquidity providers.

NordFX introduces yet another innovation: the most popular cryptocurrency, bitcoin, can now be used alongside the US dollar as a deposit currency. Thus, traders can fund their accounts with bitcoins and use them to store assets, withdraw profits and, utilising leverage of up to 1:1000, transact deals with cryptocurrencies, as well as several dozen other currency pairs and precious metals.