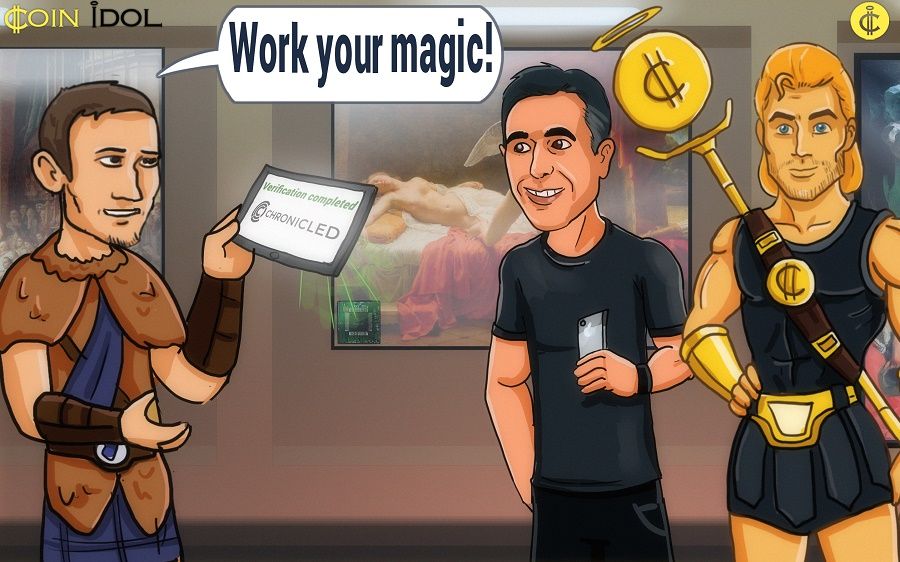 This open registry for IoT allows developers and brands to store the information produced by physical items and goods embedded with Bluetooth low energy (BLE) and NFC microchips in a distributed ledger. These are the two types of chips that can be scanned with smartphones, which also makes it more user-friendly. The project is open source for any developer to freely copy and use for their products authentication and verification.

"One of the main problems holding back growth in the consumer IoT market is interoperability. By putting IoT chip registrations into private databases, today every brand is creating the equivalent of its own private cellular phone network or its own private email system that is not interoperable with any other network.”

Chronicled, a technology company based in San Francisco in 2014, noted that the project is very novel. However, according to the official press release, to date the company has deployed approximately 10,000 tamperproof NFC and BLE chips.

“Amidst a foggy and fragmented market, Chronicled is taking a concrete step toward connecting the blockchain to real-life IoT applications by bridging specific sensor technologies (BLE and NFCs) to distributed ledger architecture. Although these are just two of many different types of sensors in the IoT— a limitation to implementing this technology for “any" IoT use case— they are two of the most common sensors on consumer mobile devices, rendering this a uniquely consumer-friendly blockchain application brands could retroactively implement, integrate into value propositions for existing BLE or NFC-enabled products and their business models, and market as a differentiator in product integrity.”

“Consumer IoT has always been one of the areas of blockchain adoption that I have been most bullish about, and I am excited to see Chronicled’s efforts in pushing IoT authentication use cases a step further.”

Tags
IoT Internet Blockchain NFC Ethereum Companies Technology Production
Most Popular
May 07, 2021 at 10:39
News
Revolut Users Will Gain Stronger Control of Their Bitcoins with New Withdrawal Feature
May 07, 2021 at 09:27
News
Binance Coin Retraces to $600 Support and Resumes Upward Move, Further Upside Momentum Likely
May 06, 2021 at 12:32
News
Bitcoin Struggles to Sustain Above $58,000 Support, Lacks Buyers at Higher Price Levels
May 06, 2021 at 11:35
News
Ethereum Is Growing on a Wave of Investment
May 06, 2021 at 10:36
News
MasterCard: There is Increased Use of Digital Payment Technologies During Covid-19 Pandemic
More