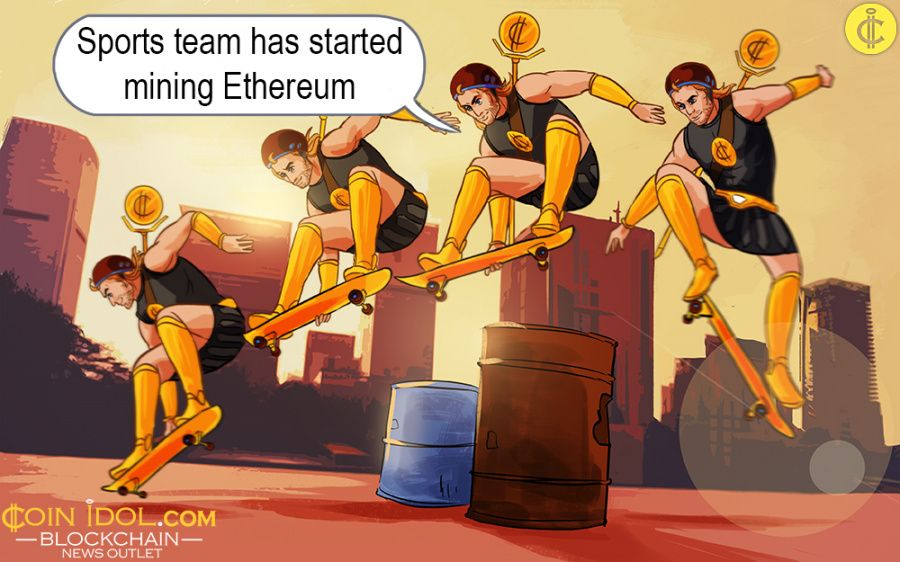 Sacramento Kings, an American basketball team reportedly began the mining of Ether 3 weeks back with the help of Nvidia mining rigs.

Vivek Ranadive, the proprietor of the NBA team is very impressed with his team after being praised by the magazine Fast Company's yearly ranking of the globe’s most innovative companies in sports.

In 2014, Sacramento Kings became the first NBA team ever to allow bitcoin as one of the payment methods at its goods store and when purchasing its season tickets.

Vivek said that his team was number one fan of Ethereum, and needed to do something different in order to give back to the local community. Some portion of the profit collected from the mining would directly go to a local group which supports the large group of black communities as part of a charity program.

Installation of solar panels on the top of the roof at Golden 1 Center, an indoor arena that is a home to the Sacramento Kings was one of the aims to own the most modern technologically entertainment center in the whole country. The solar system generates up to 1.2 megawatts.

The tech-savvy NBA team's business officials noted that the bitcoin mining operation currently has no major direct association with the basketball though they are optimistic that when basketball players come to the Kings, they can be introduced to tech companies that have new technologies.

Tags
Mining Ethereum Sports Cryptocurrency Nvidia Solar Companies Bitcoin Community Profit
Most Popular
May 13, 2021 at 14:03
News
The e-Commerce market is Vulnerable to Fraud and Merchants Are Unprepared to Prevent it
May 13, 2021 at 11:05
News
Giant Telecom Companies Turn to Blockchain to Speed up Technological Progress
May 12, 2021 at 15:03
News
Cardano Consolidates Below Recent High as Bulls Attempt to Breach $1.80 Resistance
May 12, 2021 at 14:03
News
Most African Countries Cannot Access Akoin. How True is the One Africa, One Koin Sentiment?
May 12, 2021 at 14:00
PR
Spring and Bondly NFT Partnership Unlocks Digital Potential for Creator Economy
More