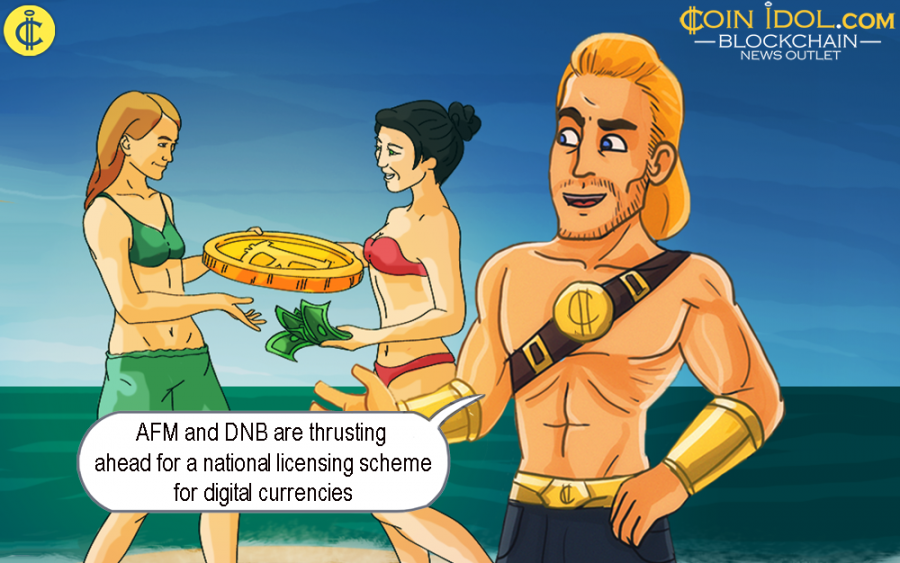 The Netherlands Authority for the Financial Markets (AFM) and De Nederlandsche Bank (DNB), the country’s central bank, are industriously thrusting ahead for a national licensing scheme for digital currencies.

The AFM and DNB, wants a licensing system established for all cryptocurrency exchange platforms and providers of crypto wallets, in order to effectively prevent terrorism funding and money laundering. 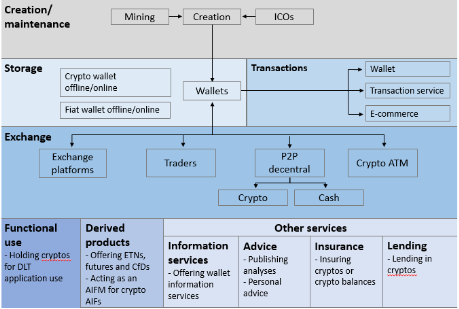 In addition to this astonishing desire, they think amendments to the European rules for corporate finance are required to give space for small-scale business financing via blockchain.

The duo revealed this in a joint recommendation, that the Minister of Finance sent to the Parliament for further diagnosis.

The pair are fencing for a national licensing system within the Anti-Money Laundering [AML] & Terrorist Financing Act. According to the European setting, they state that the fourth AML directive has already been modified to address the risk.

The AFM and DNB believe that a permit system enables it to “test parties at the gate and where need be, omit them from the market beforehand.”

Considering the long-term and the uses of blockchain, AFM and DNB see it may provide opportunities for funding modest commercial enterprise activities if the digital currencies provided typify illuminated and enforceable rights like a share or bond.

This includes relative rules for trading and rectifications to the rules concerning custody and settlement to avoid impeding the benefits of distributed ledger technology without any necessity.

The duo wants to accommodate the construct of securities at national level in line with the extensive definition in existing European regulations. This provides the AFM space to start supervising tightly some significant cryptoassets.

The AFM and DNB say:

“Due to the deep drop in popularity of cryptoassets, the necessity has been taken to impose national rules in anticipation of this.”

The duo has for long been warning the public against cryptoassets and ICOs because of the “great risk of deception, manipulation, fraud and cybercrime.” And those risks are still living according to the outlook by AFM and DNB.

Recently, the global cryptocurrency community came out to demand for cryptoasset regulation in this year, as Coinidol reported.

Tags
Finance Exchange Central Bank Digital currency Authority Netherlands Banking Cryptocurrency Risk
Most Popular
May 16, 2021 at 11:30
News
3 Reasons Why Payment Service Platforms Switch to Blockchain, Facilitating the Adoption of the Tech
May 16, 2021 at 10:35
News
Chainlink Rally Stalls at High of $52 as Altcoin Retraces for More Upside Momentum
May 16, 2021 at 09:29
News
Uniswap Range-bound Between $36 and $44, Attempts to Breach Recent High
May 15, 2021 at 12:40
News
Low Orbit Crypto Cannon LOCC Lottery Draft Occurs Every Hour | Stake Once to Enter All Upcoming Drafts
May 15, 2021 at 11:20
News
Dogecoin Resumes Fresh Uptrend as Buyers Recoup Above $0.40 Support
More