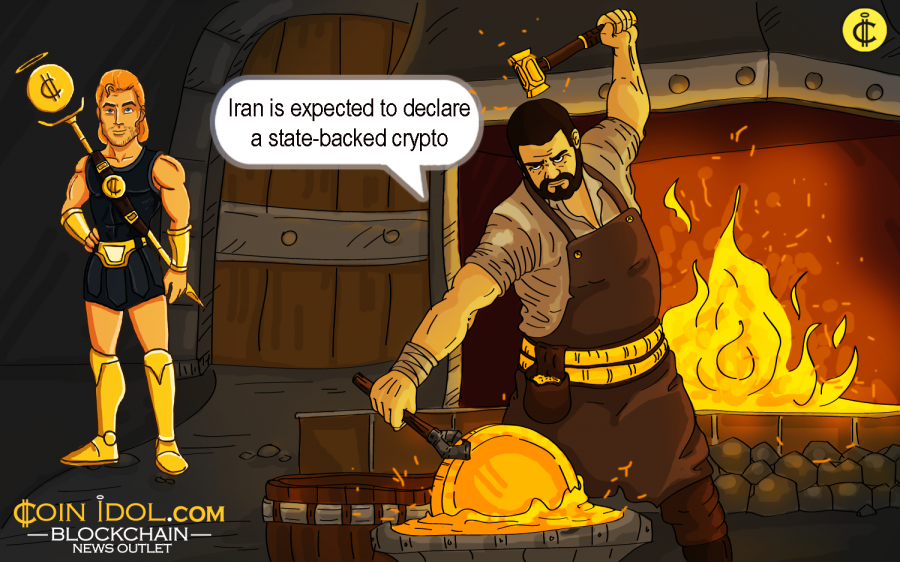 Iran - a theocratic Islamic republic in the Middle East, is expected to declare a state-backed crypto at the yearly Electronic Banking & Payment Systems (EBPS) conference that will begin on Tuesday, January 29.

This effort is aimed at circumventing the U.S.-imposed economic sanctions, according to a report by Al Jazeera.

The country first declared its intentions to establish a state-backed cryptoasset in summer of last year. The effort was juncture because Iran was made to pass through renewed economic sanctions from the U.S.

From that time, Iran was also inaugurated into the Society for Interbank Financial Telecommunication (SWIFT), that has spotted the requirement for another method of moving funds even more efficiently.

Iran is likely to proclaim the state-backed cryptoasset on Tuesday, January 29, 2019, during the annual EBPS conference, which has a ‘blockchain technology revolution’ topic this year.

The digital currency is anticipated to launch in two phases. Phase 1 will include the issuance of a rial-backed crypto, which will promote payments between local banking institutions and many other institutions.

Phase 2 will then involve the roll out if an instrument which will effectively enable retail use, that is to say, currency.

Although it’s still ill-defined whether “IranCoin” will be applied to enable payments between Iran and other nations, it could be set by the government of Iran as another option to SWIFT as it was reported in 2018 that Russian & Iran are planning to employ cryptoassets to bypass U.S. sanctions.

This isn’t the first time nations are collaborating to create a joint crypto. Previously, the UAE & Saudi Arabia declared a joint venture in this matter.

Nevertheless, it’s still up for debate whether a state-based digital currency will offer common citizens full access to the Global Monetary System (GMS).

Furthermore, the report shows that although ‘IranCoin’ will be just like Bitcoin and totally centralized, it will more probably fail to bypass any sanctions. This is because the US will ensure it has no place in any credible international exchange – exactly like the rial.

Iran came out to allure international miners with its $0.006 cost per kilowatt hour energy prices, making it one of the lowest-cost electricity providers in the world, as Coinidol reported in December. Investors from France, Ukraine, Spain and Armenia started going to Iran to venture into this lucrative activity.

“Iran has vast natural gas resources and thus the power cost can be as low as $0.006 per kilowatt-hour. But Iran doesn’t really have any major firm making miners. Now that second-hand miners are being sold cheaply in China, it’s a rather reasonable business decision. With power that is very cheap, you can collect profits in 1-2 months,” the firm based in Chengdu, China said in a statement.

Since cryptomining activity requires a lot of power, miners need cheap electricity in order to generate profits. There are nations such as Norway that have slashed electricity tax subsidies for all cryptoasset miners.

Tags
Cryptocurrency Sanctions USA Iran Conference Banking Payment Power
Most Popular
May 08, 2021 at 11:25
News
There is Fire in the Cryptocurrency Market As Dogecoin Could Be the Next Big Thing
May 08, 2021 at 10:26
News
Polkadot Attempts to Breach $40 Resistance, Lacks Buyers at Higher Price Levels
May 08, 2021 at 09:39
News
Ethereum Continues Its Bullish Run As It Attempts to Jump Over $3,750 High
May 07, 2021 at 12:43
News
Ripple Faces Stiff Resistance at $1.70 High as Bears Attempt to Sink XRP to $1.00 Low
May 07, 2021 at 10:39
News
Revolut Users Will Gain Stronger Control of Their Bitcoins with New Withdrawal Feature
More