Month Overview: 6 Cryptocurrency Coins End May in the Red 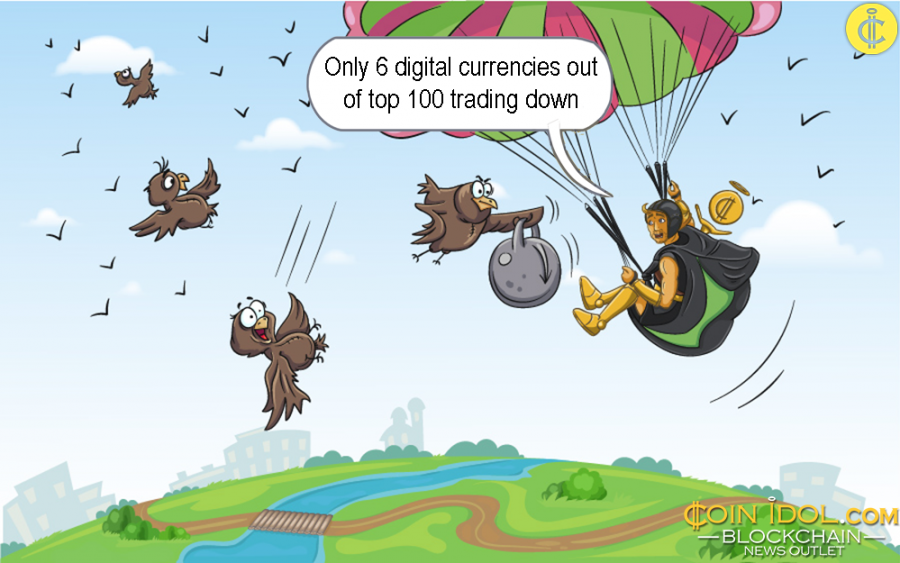 The cryptocurrency market has favoured Bitcoin and many altcoins this month, drastically increasing in value over this period. Bulls have been dominating the market by kicking bears out of the way, with only 6 digital currencies out of top 100 trading down.

May has become the most lucrative month of 2019 for all digital currencies, we have seen altcoins gaining more than 100% profit and Bitcoin SV surging over 300%. The total market capitalization added another $100 billion, reaching the point of $270,979 billion, according to coinmarketcap.

Top 6 Losers of May

Factom (FCT), Augur (REP), Basic Attention Token (BAT), OKB (OKB), Populous (PPT), and True USD (TUSD) turned out to be the 6 cryptocurrencies that ended the month with losses, as per coincodex.com.

Factom has a market cap of $76,90 mln and its daily trading volume reached $336,560. Taking all other cryptocurrencies, FCT is the biggest loser of this month, being over 12% down against the US dollar. The coin is changing hands at $7.99 at popular cryptocurrency exchanges such as Cryptopia, BCEX, Poloniex and Bittrex. 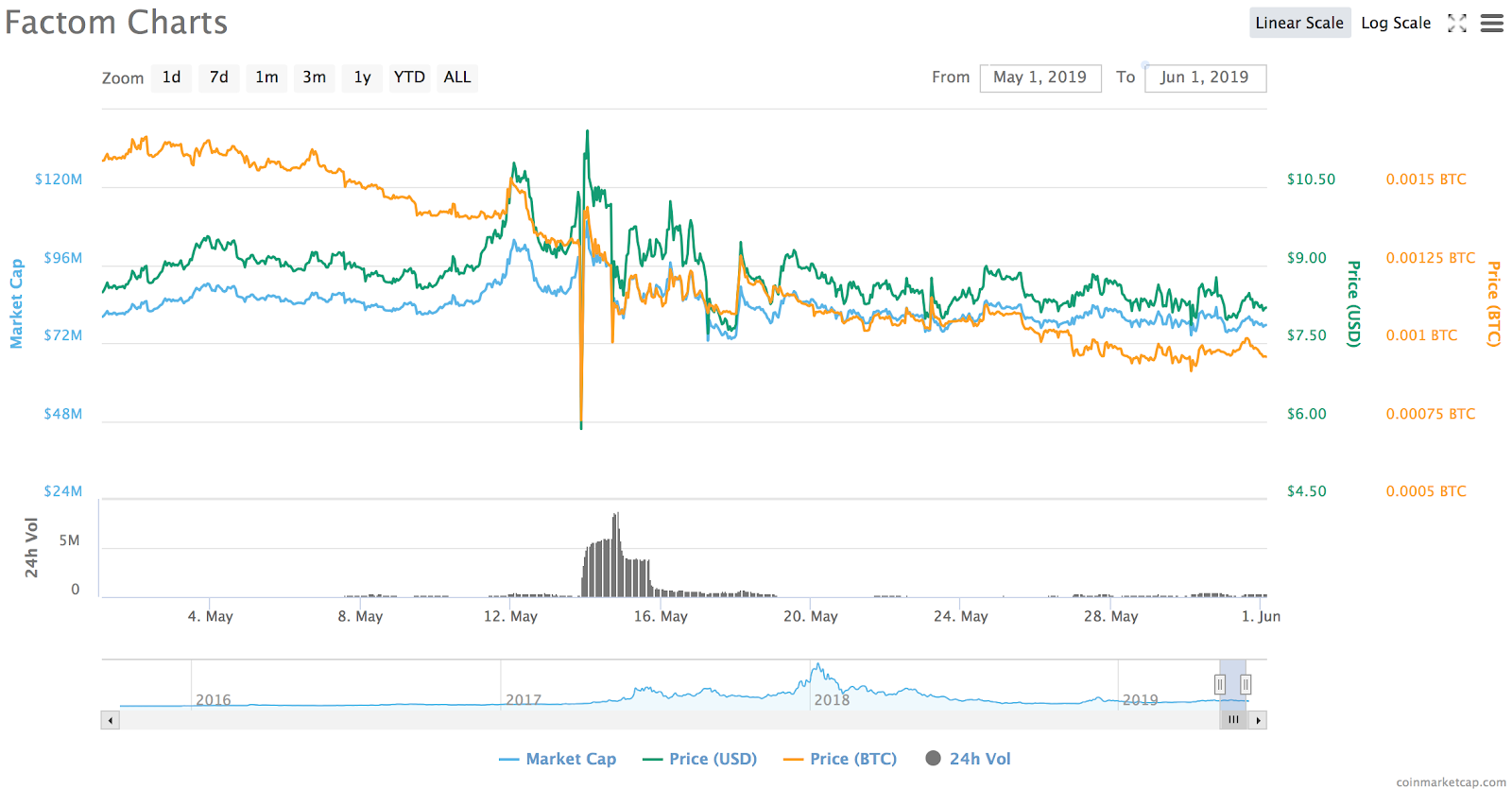 Augur has been trading almost 11% below its last month point, with a price of $19.55 per coin. The digital currency sits at the market cap of $215 million and has a trading volume of $17.70 million during the last 24 hours. Augur has 30 repositories available for the audience on GitHub, while the last update was carried out just last week. The news, that REP was delisted from Poloniex cryptocurrency exchange on May 29 for US traders, could have influenced the downward movement of the altcoin. 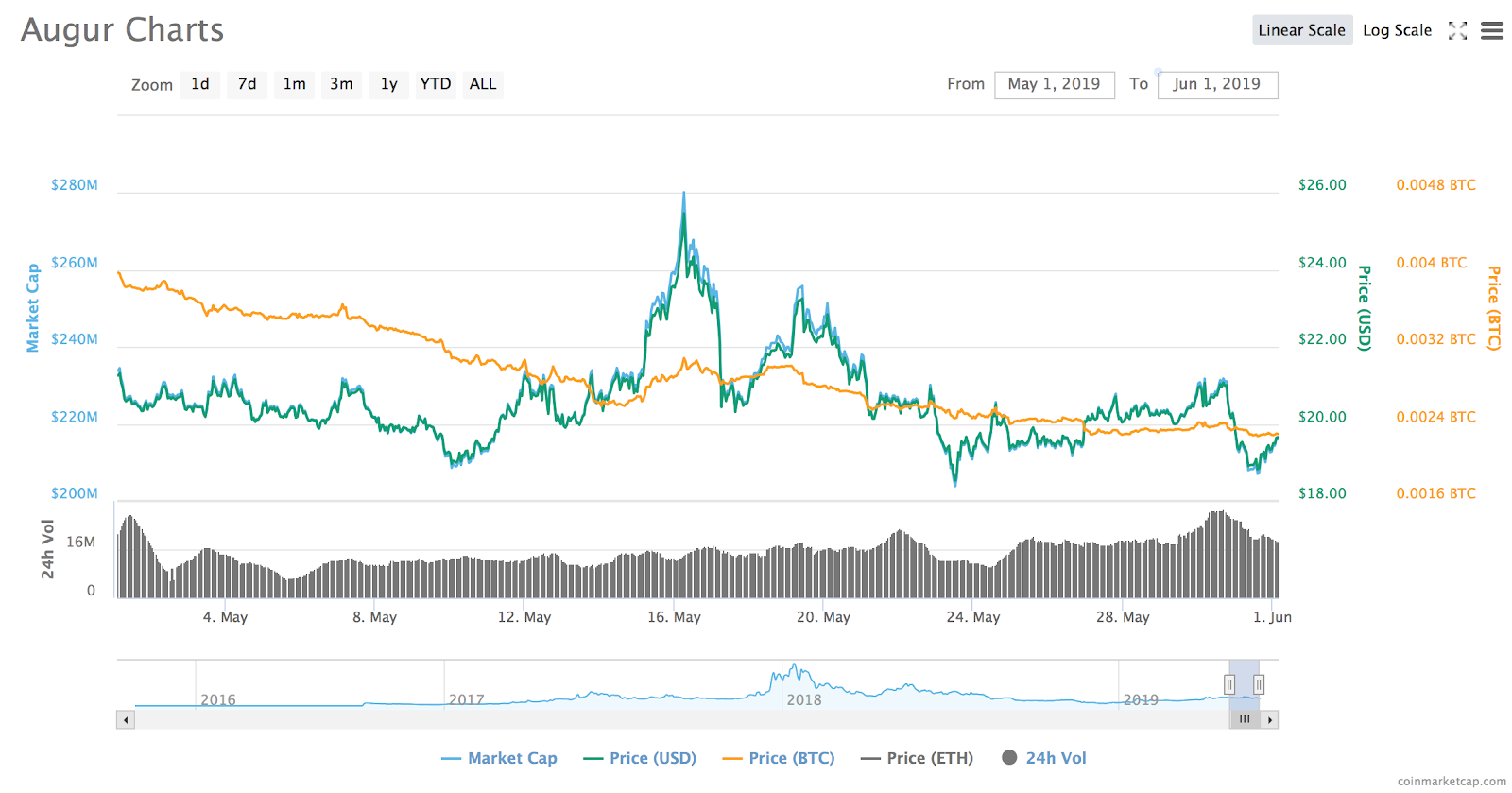 Basic Attention Token has been trading at $0.3527, which is a 5.7% drop on a monthly basis. BAT can be characterized as a very ambitious cryptocurrency. On May 24, BAT team has revealed a new feature, which allows a user to tip on Twitter. In addition, a top executive at Brave, which is a tipping service launched in late 2018, will participate in a hearing, held at the US Senate. 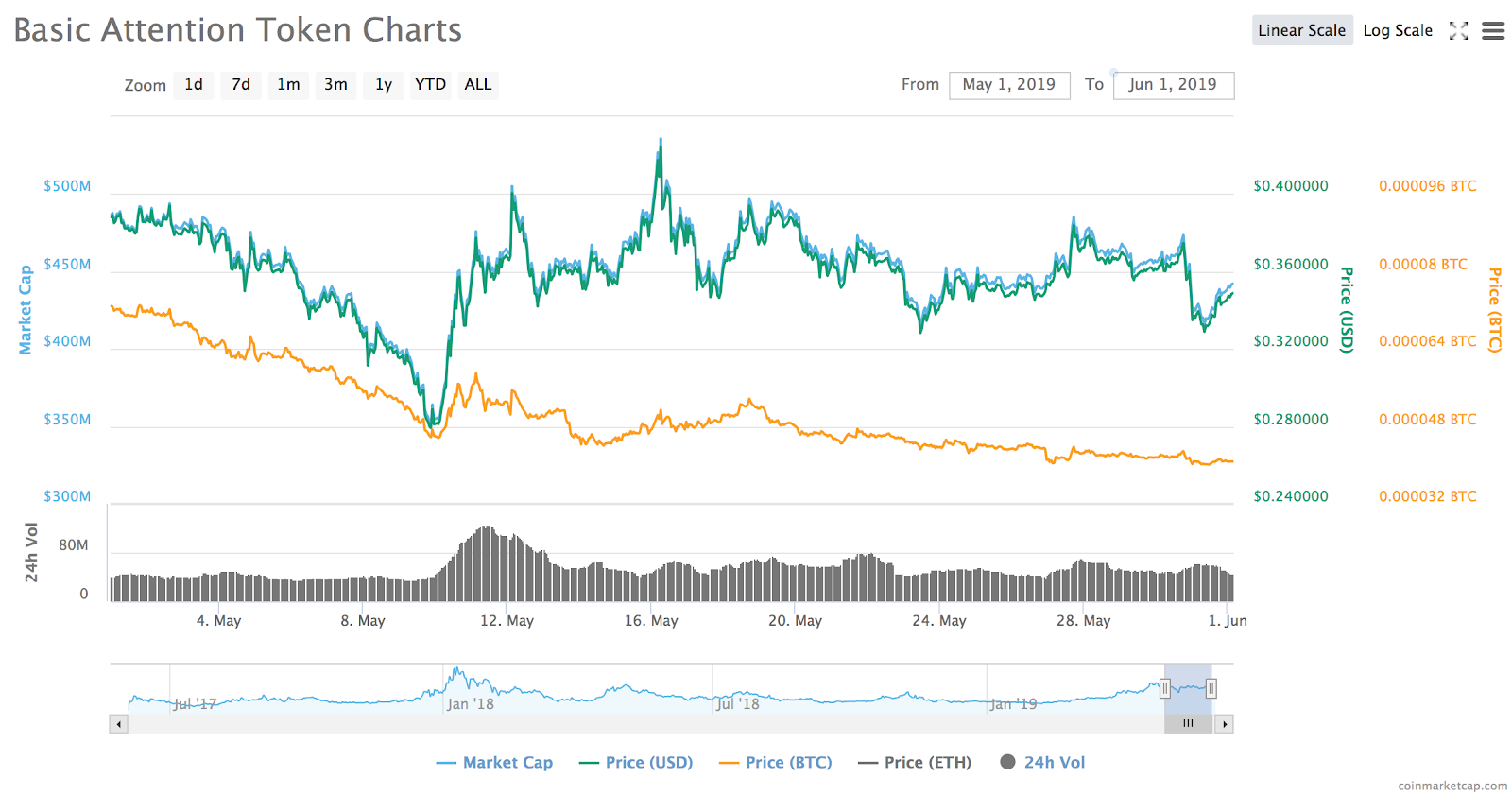 OKB has been trading almost 5% down against the US dollar. It has $1.53 value for each coin and a market cap of $459 million at the time of writing. Being a native token of OKEx, a Maltese cryptocurrency exchange, it was listed on coinmarketcap at the beginning of the month. 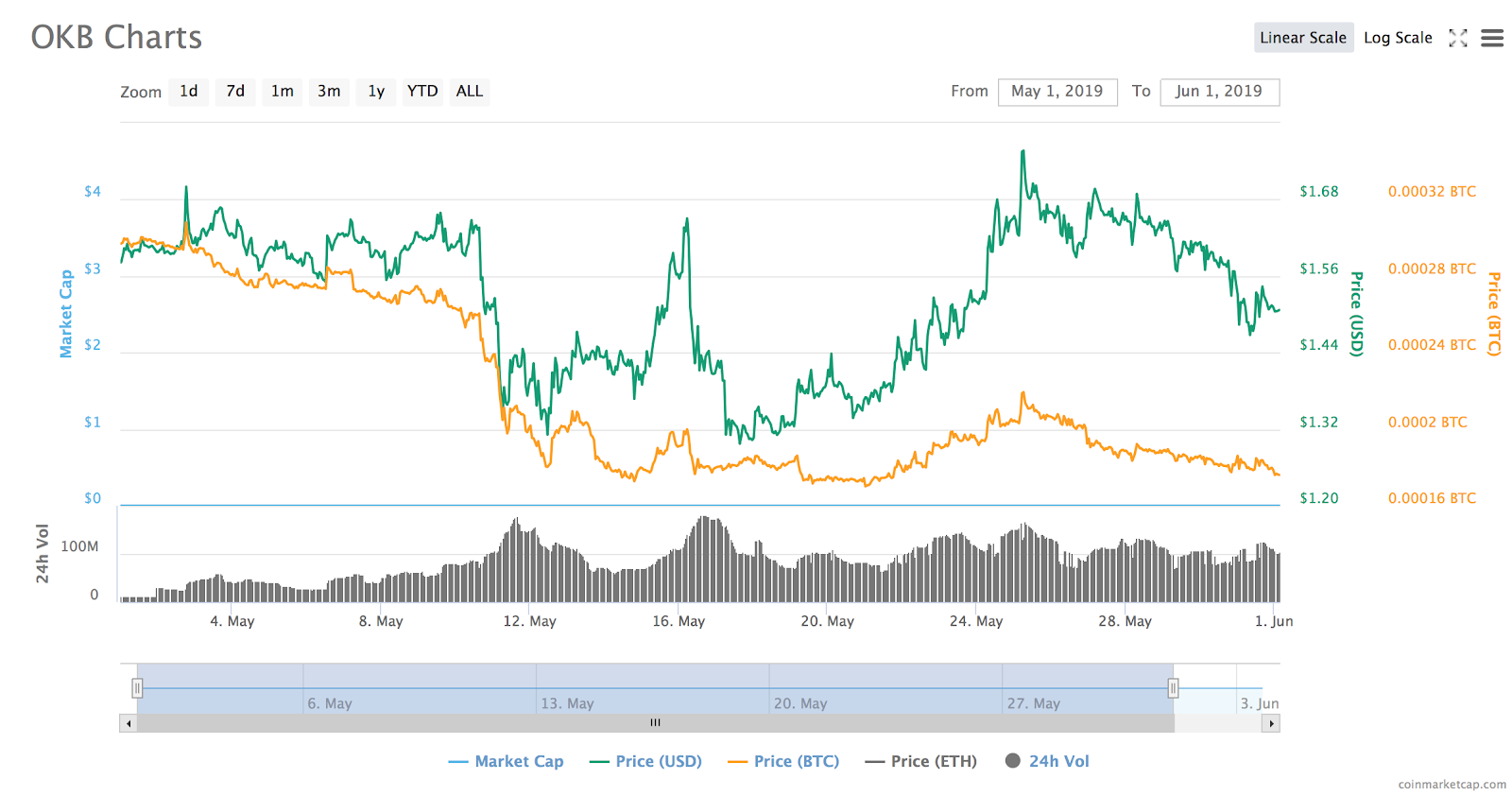 Populous has not suffered much losses, it decreased only by 0.48%. It is daily volume is $2.97 million, while the total market cap comprises around $56 million. The coin can be bought for $1.06 on exchanges including LATOKEN, Kucoin, HitBTC and Mercatox. 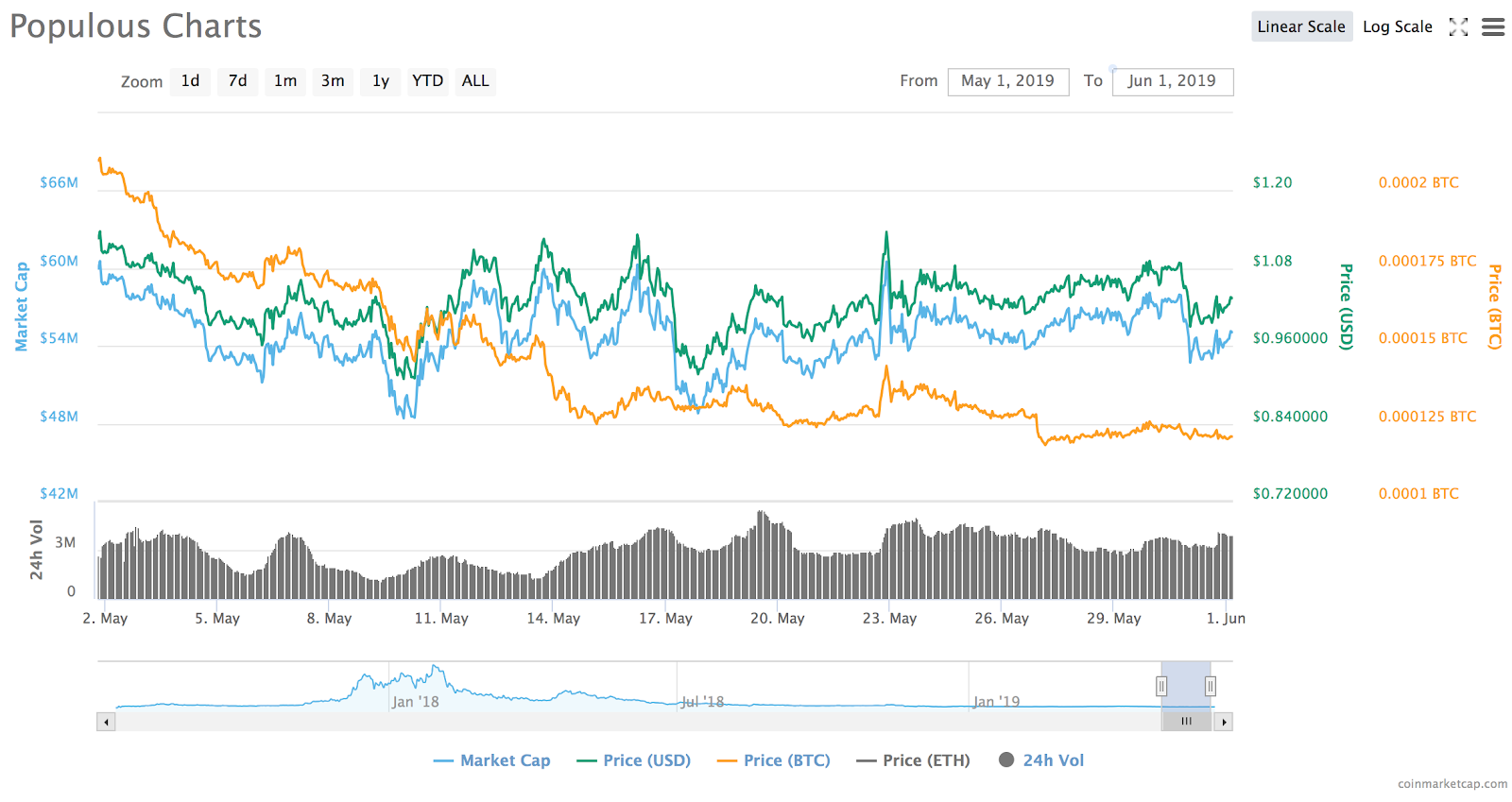 True USD can barely be titled a loser, as it lost a ridiculous 0.29% over 31 days of May. The stablecoin has been trading at $1.01 at the moment of writing, with $175 million worth of coins traded over the previous day, which is more than a half of its total market cap ($245M). 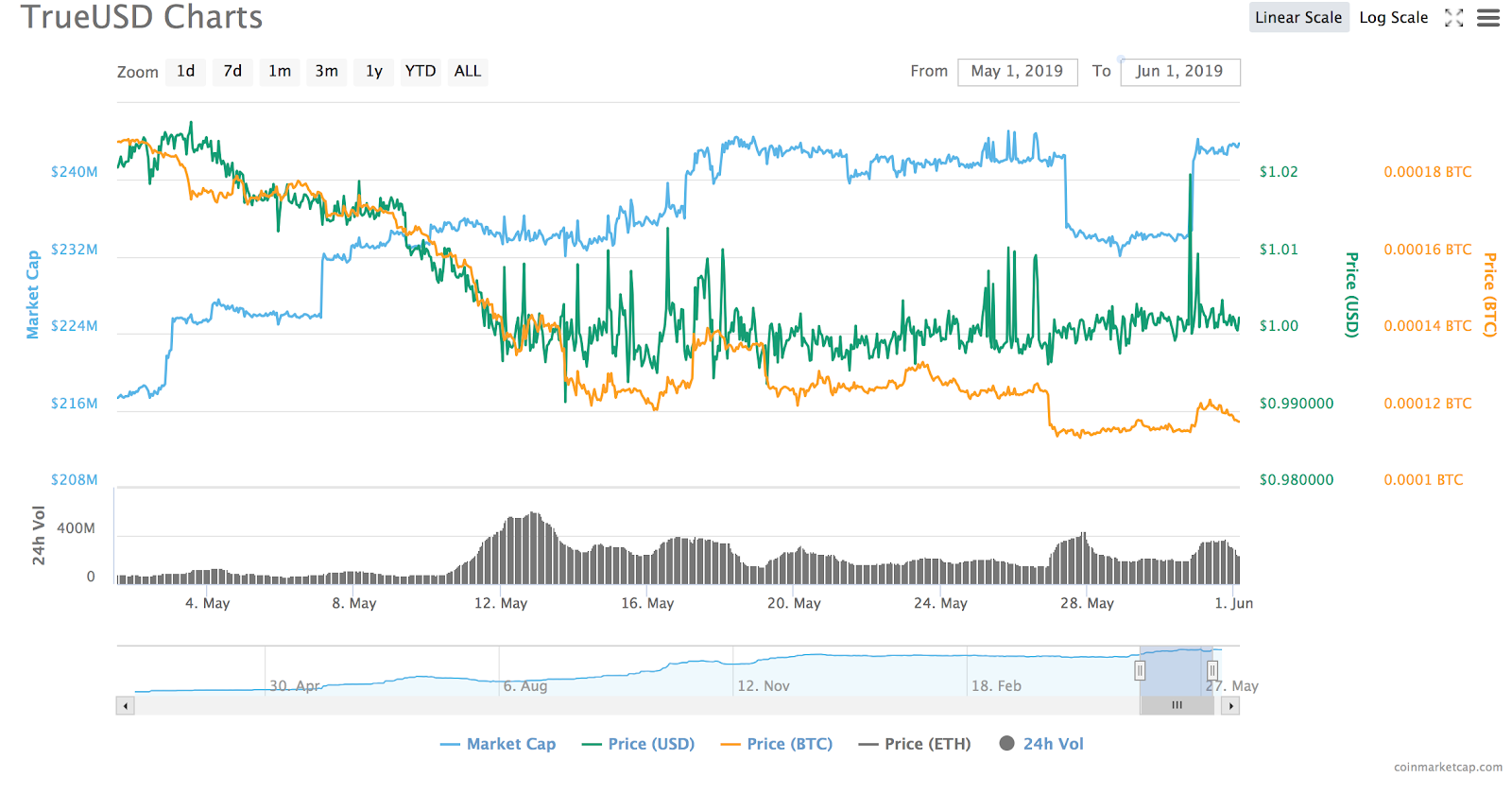