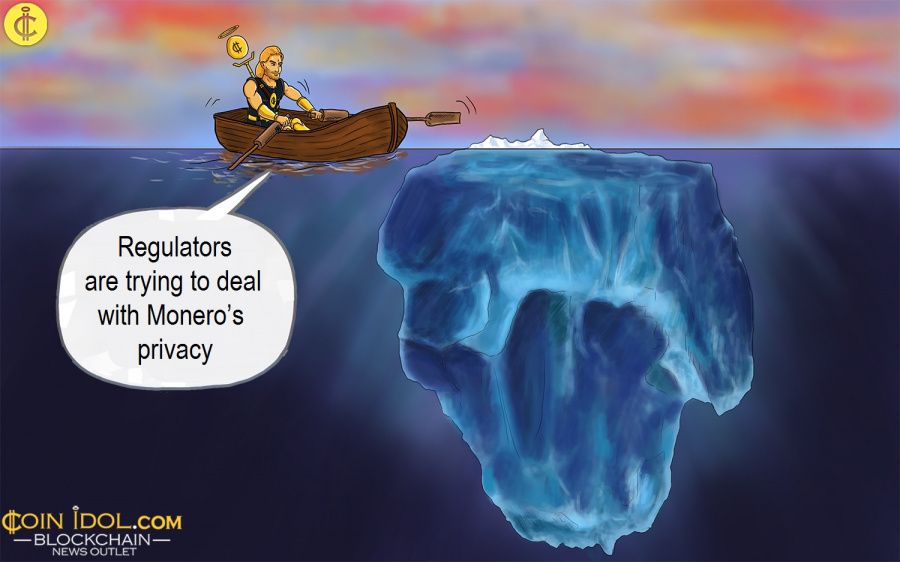 The privacy offered by Monero is putting this cryptocurrency in trouble by raising more regulatory concerns among financial watchdogs.

The coin has a ring signature mechanism which enables signers to make a dissimilar and definite signature for a transaction. The secrecy addresses enable senders to generate one-time addresses that are only utilized when transferring Monero (XMR) coins to a receiver.

Monero gives its customers ring signatures, Kovri I2P application and covert addresses, thus allowing customers to hide the source of transactions. All these core features are what makes Monero a popular token for conducting transactions on the darknet.

In the same sense, they are those very core features that have given several cryptocurrency exchanges not to include or drop Monero from their exchange platforms. According to CoinIdol, a world blockchain news outlet, it was delisted due to its criminal reputation. Some of the exchanges that have dropped XMR include BitBay from Estonia, OKEK form South Korea, Coincheck from Japan and others.

On July 24, 2020, Coinbase also unveiled its plans of delisting XMR from its platform claiming that they want to bypass possible scrutiny in the future because of the regulatory uncertainty about the privacy coin in some countries including the United States.

Due to the privacy of Monero, the financial regulators have been tempted to look for all ways of tracking and tracing the illegal transactions done on the dark web by criminals. Some of the illegal activities fueled using Monero include drug trading, sex, money laundering, terrorism financing, etc. XMR has been ranked the criminals’ number one cryptocurrency of choice.

Dealing with the situation

Naturally, this could not leave regulators and watchdogs indifferent. Aiming at protecting ordinary citizens, they make all efforts to combat the illegal use of Monero due to its privacy.

Last year, the US Department of Homeland Security (DHS) requested one of the intelligence companies to develop a forensic tool that would enable it to trace the privacy-centric token Monero. After one year of sleepless nights trying to innovate something, the tool has been finally created by CipherTrace and any transaction(s) made using this privacy coin can now be tracked and explored by DHS.

The product includes features like transaction search, exploration, and visualization tools for XMR transaction flows – more important features including wallet identification, exchange attribution, etc., will be added in the future.

Though the tool is unable to offer a 100% guarantee on the info, it can track stolen or illicit digital currency. However, the tool could be a blessing in disguise and help the cryptocurrency in question to be listed again in digital currency exchanges that dropped it.

Tags
Privacy Monero Cryptocurrency Finance Transaction Exchange Digital currency ETC Token Future
Most Popular
Aug 10, 2022 at 11:50
Price
Bitcoin Cash Bulls Stall Decline as They Face another Rejection at $134
Aug 10, 2022 at 10:50
Price
Weekly Cryptocurrency Market Analysis: Altcoins Retest and Challenge Overhead Resistance Levels
Aug 10, 2022 at 09:48
Price
Cardano Declines as It Struggles to Hold above $0.50
Aug 09, 2022 at 12:40
Price
Litecoin Fluctuates in a Tight Range as it Faces Rejection at $64
Aug 09, 2022 at 11:39
News
Around $2 Billion was Stolen in Cross-Chain Bridge Hacks in 2022; Half of the Funds Went to North Koreans
More