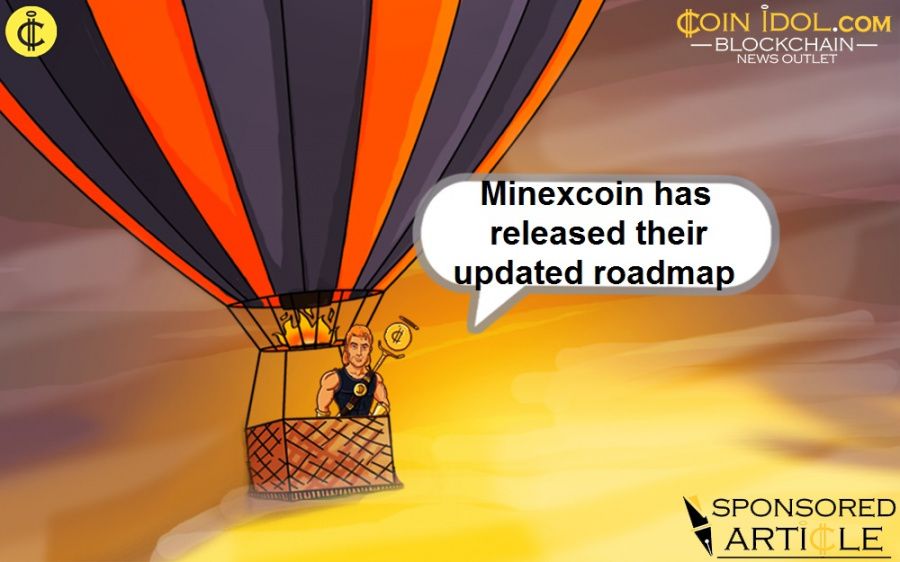 Minexcoin, an offering from MinexSystems, a blockchain solutions company, has recently released their updated roadmap for 2018. While both traditional and crypto markets are going through a rough patch currently, Minexcoin is seeing this as an opportunity to work on themselves, and pivot into an advantageous position for the inevitable bounce back.

CEO and Founder of MinexSystems, Boris Shulaev, commented regarding the updated roadmap, stating:

“Those who closely follow our project may have noticed that updated roadmap is slightly different from our last year's plans. Often new ideas appear during work processes of work: we understand that some technologies become outdated, while others, on the contrary, become relevant for MinexSystems development. This roadmap covers precisely that timeline which we can plan. As for 2019 goals, it’s too early to talk about them; however, our team already has some ideas for the next year.”

The updated roadmap details change all the way into the fourth quarter of this year, with an overall focus on expanding the holistic ecosystem for MNX.

The project believes that decentralized payment methods will be massive in 2018 for not only existing cryptocurrency users, but also new users too. Hence, the first quarters focus on improving existing offerings: Minexcoin, Minexbank, and MinexWallet.

With three outlets already, and more to follow, there will many areas for developers to focus energy on, which should make MNX a top tier payment system in the world. For example, MinexBank is very close to completion for its autonomous volatility smoothing algorithm with it in the final testing stages.

MinexBank underwent a rework of its internal systems last year, and is currently awaiting on aesthetic improvements, as well as work on its user interface.

MNX also looks to release to the community an iOS version of the app, to allow mobile banking for users on the go. This will be followed soon by a new version of their hard-wallet with an improved interface, new design, and quality UX.

While the first quarters focus is on the upgrading of current systems in place, there are also some new releases scheduled for Q1 of 2018. This includes MNX atomic swaps, as well as an alpha version of a decentralized exchange, making MNX one of few coins allowing for direct peer to peer exchange across separate chains. The team also looks to work on an interest free exchanger for MNX/BTC and MNX/LTC pairs.

The second and fourth quarter of this year also has ambitious milestones for the MNX team to achieve. The second quarter will have two new releases, the first being web/mobile wallets that allow users to handle MNX without downloading the entire blockchain.

The second will be the launch of debit cards, allowing users to use MNX to pay for things around the world by converting tokens into fiat at time of transaction.

Fourth quarter will see the development of a “green algo” allowing the algorithm used to secure MNX’s blockchain to also benefit society through contributing the computational power for science or health care related needs.

Q4 will also see MNX’s own Decentralized computer, becoming a virtual Turing environment that performs smart contracts on the network, opening the company to new opportunities for 2019.

Tags
Roadmap Blockchain Companies Cryptocurrency Decentralization Payment Exchange Coinidol Development
Most Popular
Apr 12, 2021 at 13:04
News
Ripple Is a Step Away From Outperforming Binance Coin by Market Cap
Apr 12, 2021 at 12:11
News
Ethereum Slumps Below $2,150, Unable To Sustain Above $2,200 Resistance Level
Apr 12, 2021 at 10:38
News
Bitcoin Breaks above $60,000 Support, Struggles to Resume Upside Momentum
Apr 12, 2021 at 08:15
PR
MyCryptoParadise Opens the Door to Trading Like a Professional With the Best Crypto Signals Being Offered Today
Apr 11, 2021 at 11:11
News
Female President of Tanzania Expected to Mitigate the Climate for Cryptocurrency in the Country
More