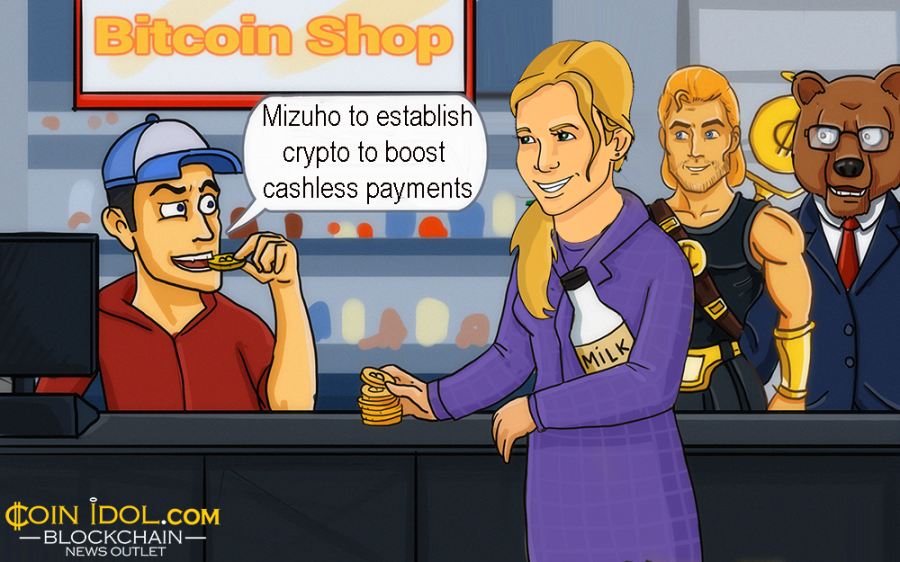 Mizuho Financial Group (MFG), Japan-based, is considering introducing a cryptocurrency that will be used for payments and remittances in March next year, according to a Wednesday December 26 report by Nikkei. MFG will collaborate with around 60 regional banking institutions on this project.

The Japanese publication shows that the fees which retail shops will have to pay for allowing the currency are very low compared to the fees charged for using credit cards. The exchange of funds between the digital wallet and the banking institution account is free of charge, as well as sending money to other customers.

The currency will be handled by a dedicated smartphone app, where payments are to completed using QR codes. According to Nikkei, the token is reported to be a stablecoin set at a price of 1 Yen ($0.0091) each unit.

MFG is a public banking holding firm that had around 1.45 trillion Yen (approx. $13.15 billion) of revenue last year. The crypto is the outcome of the development of J-Coin, declared by MFG in September last year.

In January 2018, Mitsubishi UFJ Financial Group (MUFG), Japan-based, and the globe’s 5th largest banking institution, was planning to roll out its own crypto dubbed MUFG coin, according to Mainichi.jp, a local news outlet.

Inasmuch as cryptocurrency legislation within the country, the Financial Services Agency of Japan is planning to place cryptos into a dedicated legal class known as ‘crypto-assets’ to preclude confusion and disarray with legal tender.

In November, coinidol reported that FSA was planning to regulate crypto wallet services claiming that wallets work as banks, according to the FSA spokesperson. The study indicated: