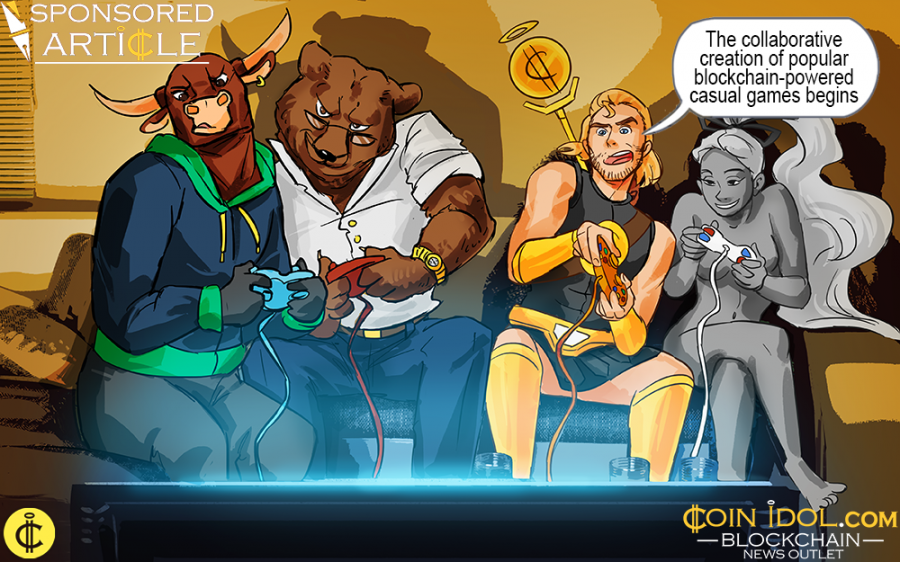 Recently, top blockchain projects MixMarvel and Celer Network announced their partnership in the collaborative creation of popular blockchain-powered casual games. This cooperation is expected to promote the large-scale launching of blockchain casual games.

Taking casual games as a breakthrough point, this partnership aims at sharing high-quality blockchain games and jointly expanding the launching of blockchain applications. Celer Network's technical characteristics will play a vital role in achieving these goals. 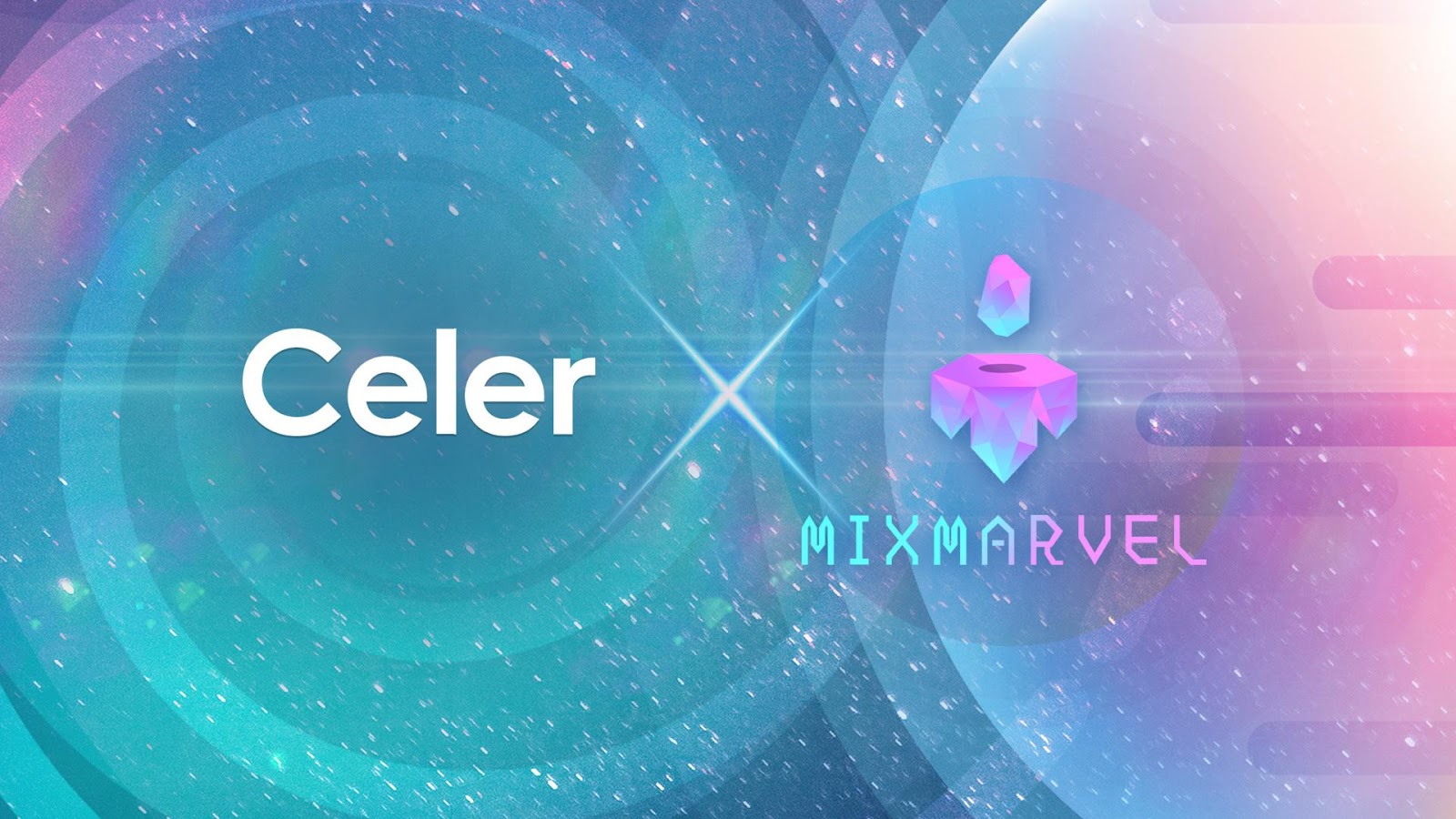 As a global blockchain-powered online game community, MixMarvel is creating a large-scale virtual 3D world in which worldwide game players and developers can access quality content and publish blockchain games in a decentralized way.

With 1500 DAU on Ethereum and 6300 DAU on Ontology, MixMarvel’s masterpiece HyperDragons has been a hit in the world’s large-scale strategy blockchain gaming sector, leading the entire industry on user metrics. Officially launched in May 2019, HyperSnakes was widely recognized as the first real-time multiplayer competitive blockchain game and topped the rankings on the three major public chains Ethereum, Tron, and Ontology. Moreover, a first person shooting blockchain game Ground Hunter will soon be ready to go live as a part of the MixMarvel Universe.

MixMarvel has rich experience in publishing and creating high-quality games in the industry. This cooperation with Celer Network will take casual games as a breakthrough point and eventually, develop blockbusting games together. It will also transform these games into blockchain games with the ultimate goal to make them well-received among the mass of users. 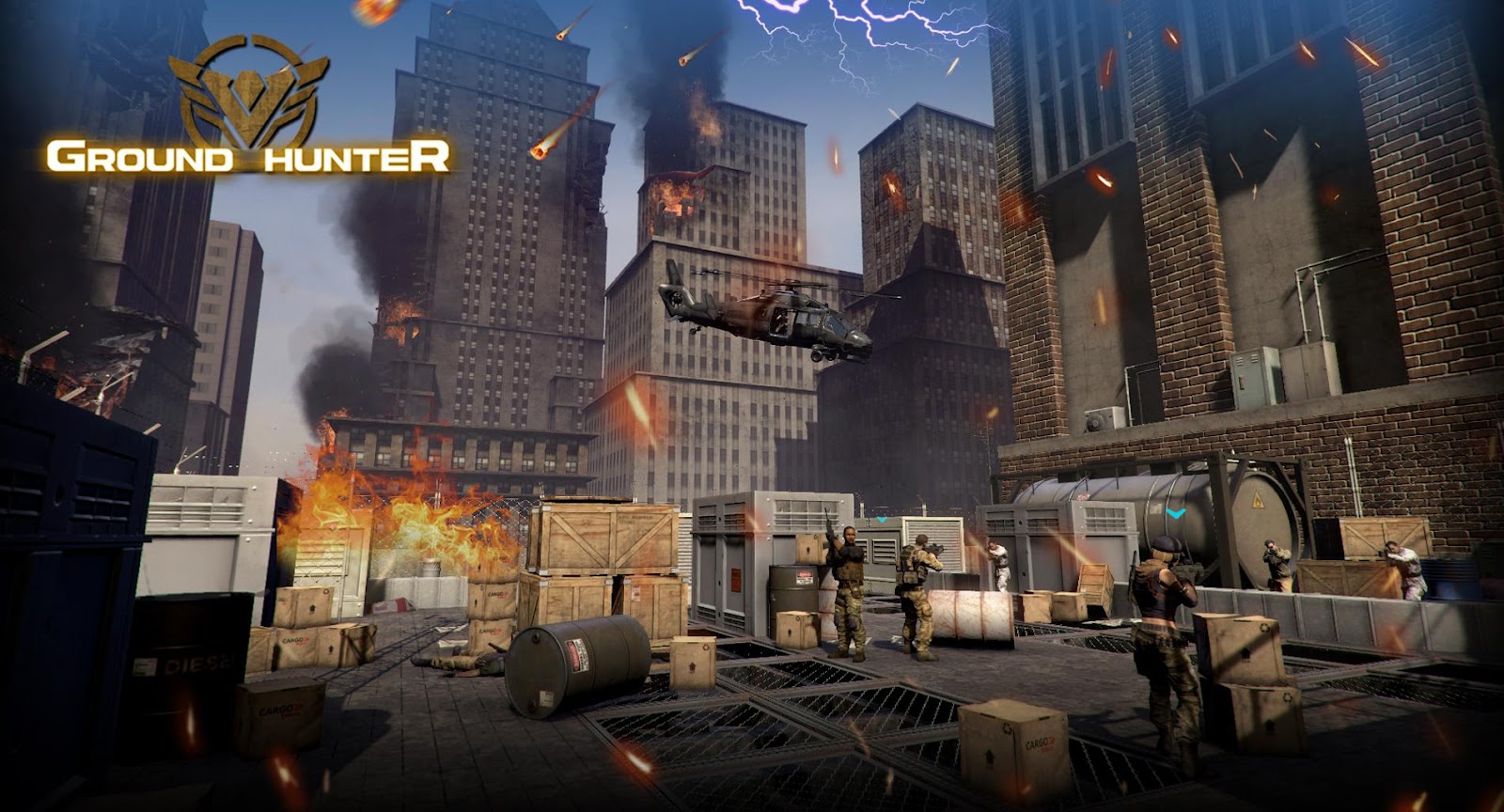 The blockchain technology has irrigated the gaming industry with ownership/ liquidity of digital assets and a healthier player-developer relationship. Traditional game developers dictate in-game points, assets, characters, and rules. Once the players exit the game, all bets on the in-game assets are off. However, in the blockchain gaming world, players are endowed with real ownership of digital assets, followed by the power to manage and transfer their digital belongings.

A fair game between players and developers has also been safeguarded by blockchain-based technology. The equity distribution of token economy makes the voices of the players heard – players can go in conjunction with developers in envisioning the future, which has, for the first time in history, lifted players out of unfair competition and brought democracy to the gaming world.

However, it is evident to all that blockchain gaming is grappling with its own pain.

First, the concepts of gas fee and transaction cost are foreign to non-blockchain users.  Traditional users find it baffling to imagine the exorbitant payment cost, which means that the door to this new trend is shut to many.

Second, user experience has been tremendously compromised by the limited scalability and the leaked privacy. With the on-chain consensus at its heart, which takes a significant delay to reach on every transaction, the existing blockchain impedes the processing speed of user interactivity and threatens information safety. It’s hard to imagine how blockchain games, with delays of such magnitude, can gain the hearts of the users, while today’s centralized games have already optimized user friction to the extent of millisecond.

So far, the counterplans have not proven to be fruitful. Transaction fees and interactivity delays will always get in the way on the layer-1 chain; the side chain still struggles with the nuisance of commission fees, interaction delay, and significantly reduced security compared to the layer-1 blockchains when dealing with general use cases such as gaming.

As top blockchain projects, MixMarvel and Celer are making efforts to promote mass adoption of blockchain application in all aspects. MixMarvel's core technology Rocket Protocol can impart high TPS to casual games so that they can successfully integrate with public chains. This will upgrade the user experience to a level that the players won't even notice any signs of blockchain games. At the same time, MixMarvel's years of experience in the gaming industry has brought highest-quality game content IPs and abundant resources to its publishing platform.

Celer is committed to providing a faster trading speed for blockchain’s underlying technology. Celer’s state channels allow the involved parties that are distrustful of each other to progress and agree on the latest states off-chain. The off-chain transactions do not have to reach global consensus, which makes real-time interactivity and confidentiality possible. With a fully decentralized algorithm in which nodes can communicate with neighbors privately, the transaction cost for applications such as interactive games will be slashed to nearly none. Also, Celer’s generic off-chain state transition guarantees no breach of trust or safety as the parent blockchain can still play its role in dispute arbitration. CelerX, a mobile eSport gaming app launched on Celer Network, has hosted more than 200K games and processed $1.4M worth of cryptocurrency for players from 88 countries with ZERO transaction fee cost. It greatly improves the user experience of blockchain casual games. 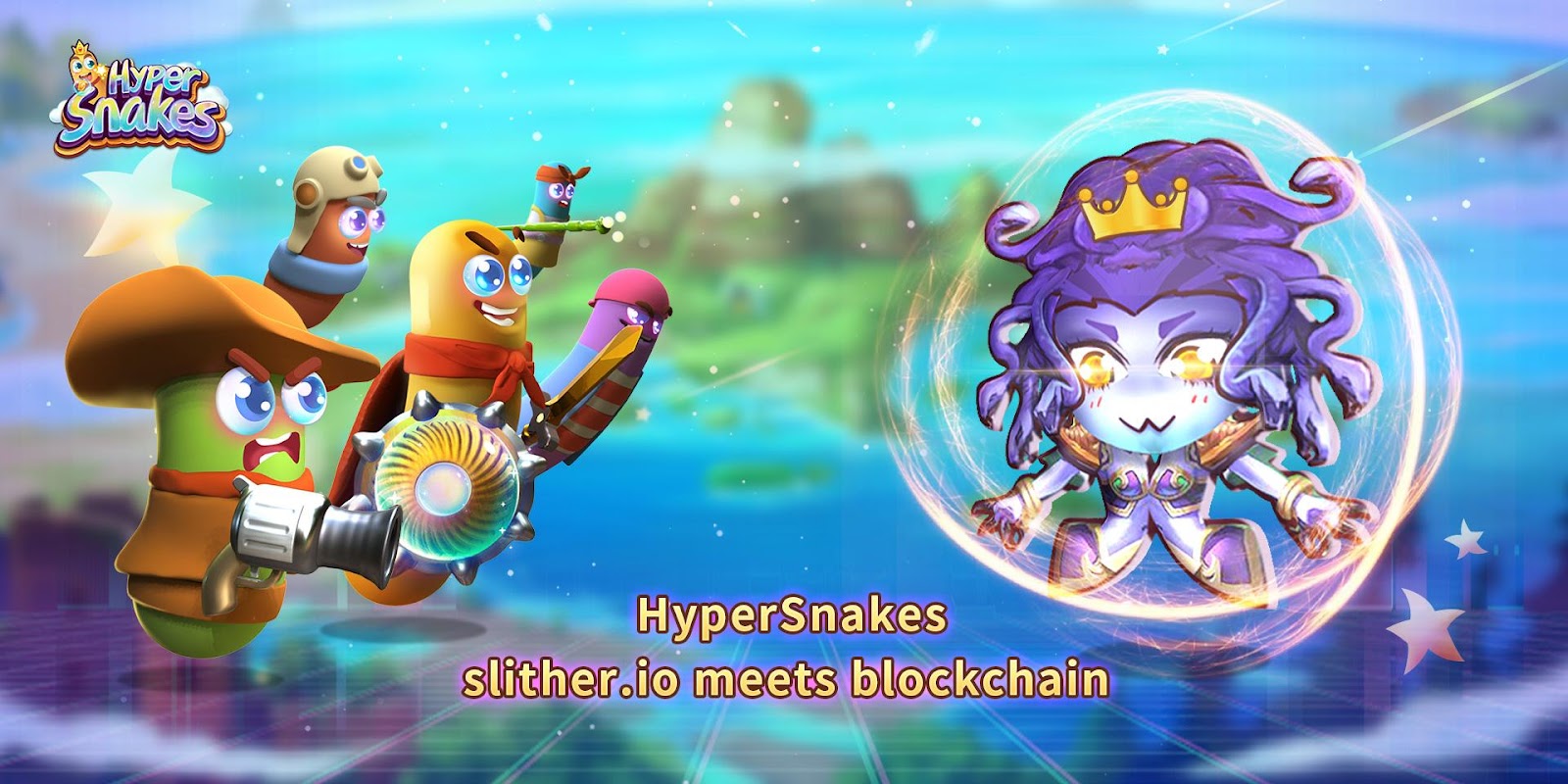 “We are excited to team up with Celer Network and looking forward to our ever-deepening partnership. After doing research on a lot of scalability infrastructure projects, we finally chose to partner with Celer Network for two reasons. First, Celer Network provides the best-in-class scaling technology that works well with casual games. Second, we both share the same intention to boost blockchain game mass adoption.”

At present, Celer Network places emphasis on gaming as it is considered one of the best use cases of the layer-2 scaling technology. Celer admires MixMarvel’s capacity and potential in both the mainstream and the blockchain gaming industry, demonstrated by its large and loyal user base. The MixMarvel team has more than ten years of experience in the game industry and has distributed games in 85 countries and won the first place in 61 countries.

According to Mo Dong Celer Network Cofounder, the cooperation with MixMarvel holds out much hope of popularizing blockchain technology among average users.

“The blockchain industry calls for a team that is expert at both tradition and revolution. As the infrastructure builder, we applaud MixMarvel’s deep experience, bold vision, and execution capability towards making blockchain gaming a reality. We promise full support for MixMarvel’s development and technology integration in their attempt to evolve into the world’s best end-to-end blockchain gaming ecosystem.”

Based on the shared vision of providing smooth user experience for blockchain games and lowering the threshold for users, Celer Network and MixMarvel will cooperate comprehensively in technology application and marketing. Starting with the joint development and promotion of casual competitive blockchain games, they will gradually expand the scope of cooperation and deepen the partnership.

Tags
Blockchain Game Network Partnership Technology Industry Transaction Assets Developers
Most Popular
May 02, 2021 at 11:54
News
South Korea Announces Testing of CBDC Right After Imposing a New Tax Framework; Is It a Coincidence?
May 02, 2021 at 10:36
News
Chainlink Breaks Initial Resistance at $38, Eyes $44 Overhead Resistance
May 02, 2021 at 09:14
News
Uniswap in Minor Retracement, Set for More Upside Momentum
May 01, 2021 at 12:54
News
Russia is Going to Establish a Special Department for Exploring Artificial Intelligence
May 01, 2021 at 11:58
News
Dogecoin Price Pushes To The Upside; Can Bulls Breach The $0.45 Resistance Zone?
More