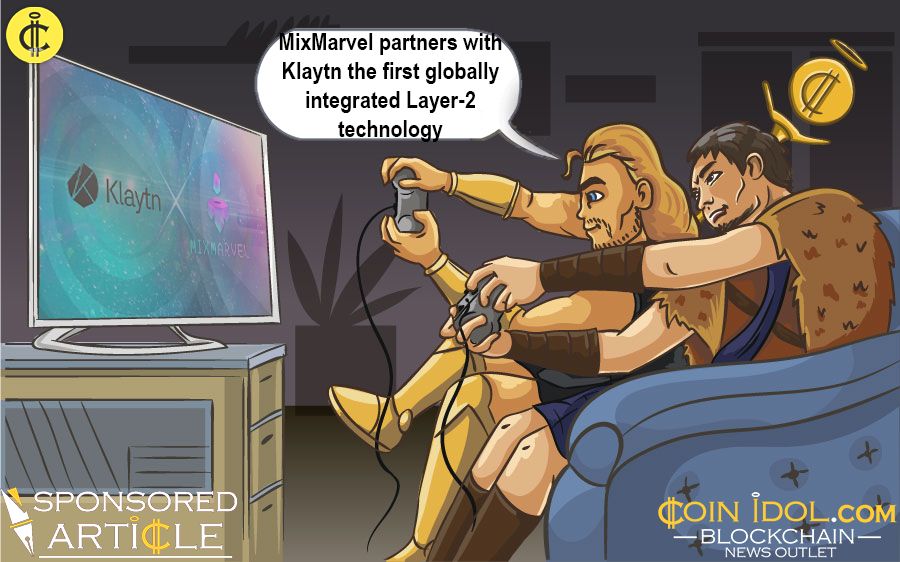 In addition to the above, the previously mentioned first globally integrated high-performance Layer-2 scaling solution presented by MixMarvel is a highly secure, efficient, and easy-to-use system. Thus, with the help of Layer-2 technology, the process of MixMarvel games’ integration into Klaytn will be much faster and more stable.

Klaytn, in its turn, is a worldwide public blockchain project with an enterprise-grade service-centric platform bringing user-friendly blockchain experience to millions of people across the globe. It combines the best features of both public and private blockchains via an efficient 'hybrid' design. Klaytn is secured by participation from numerous highly-reputable brands around the globe, e.g. LG Electronics, LG International, Celltrion, and Union Bank of the Philippines, working together to create a reliable business platform atop a robust system of decentralized trust.

Both MixMarvel and Klaytn are eager to conjointly create top-quality gaming content and make the existing blockchain-based content more accessible. MixMarvel platform series games debut in Seoul as a KLAY BApp Partner will be a significant move in the Korean market, driving the large user base of Klaytn into the blockchain games.