NEXT STEP! Mars Blockchain Summit NYC to be Held on October 18, 2018

Will finance be the first implementation scenario of blockchain? Mars Finance will, together with blockchain pioneers from China, go to New York, the capital of global finance, and chat with each of NASDAQ, Ripple, Standard & Poor’s, Morgan Stanley, Barclays and Digital Galaxy, the global largest digital currency investment bank! The founder of Mars Finance, Fred Wang said that Mars Finance U.S. Version will be released right after the Summit.

The global blockchain market is uncertain, but the power of transition has been brewing. On October 18, 2018, Mars Finance, the leading deep service platform for blockchain, will hold 2018 Mars Blockchain Summit NYC in the Westin New York at Times Square. Gathering at the Summit, powerful financial institutions and industrial leaders from Wall Street and China will hold one-day summit dialogue around “NEXT STEP” to find a turning point for global blockchain industry in the context of downturn market. 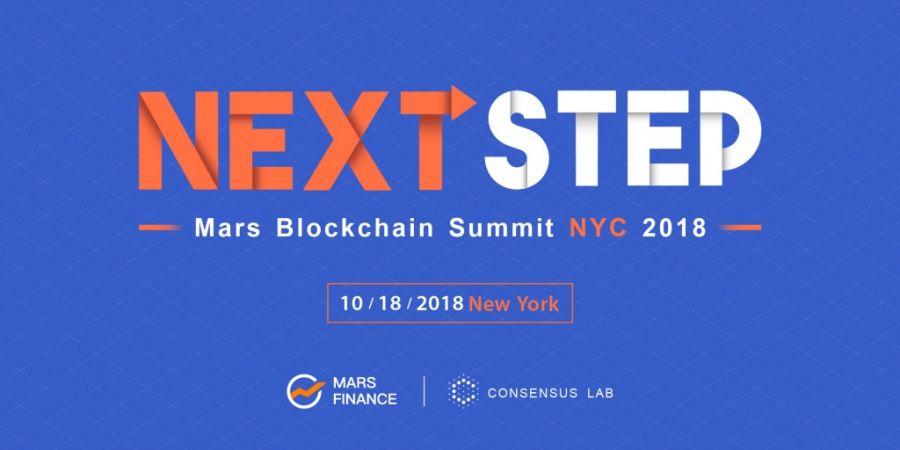 At this Summit, Mars Finance will gather leaders from China’s blockchain industry to carry out in-depth discussion and exchange together with a lot of investment institutions, financial companies, and regulatory authorities from Wall Street with respect to a couple of topics that reverses the market and brings about new opportunities. A lot of hot topics including regulation and policy, stablecoins and secondary market, next generation of the public blockchain, blockchain economic model and governance, will be included.

The Summit has attracted active participation of top investment banks from Wall Street such as Morgan Stanley and Barclays. Senior management of Digital Galaxy, the global largest digital currency investment bank, also confirms its attendance at the Summit. Honorable guests from global top powerful institutions such as NASDAQ and Standard & Poor’s will also express their expert opinions with respect to regulation, compliance, and other perspectives.

If you are interested in the Summit and want to be a part of this, please visit the summit’s page for more information.