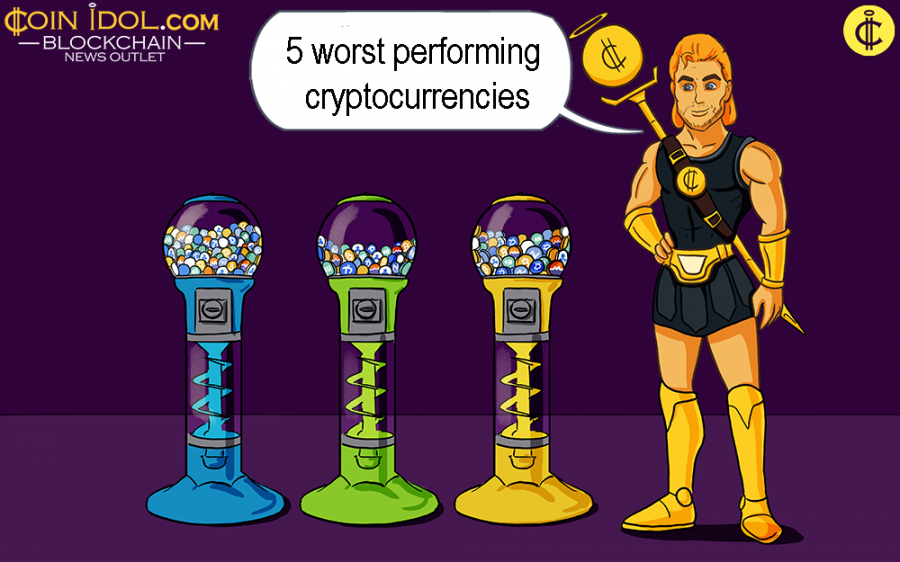 This month cryptocurrency has not experienced any serious movements either upwards or downwards. However, we saw Bitcoin losing its $10,000 support level last Thursday and most altcoins ending the month in the red. Let’s see which digital coins out of the top 100 found themselves at the bottom of the performance list. 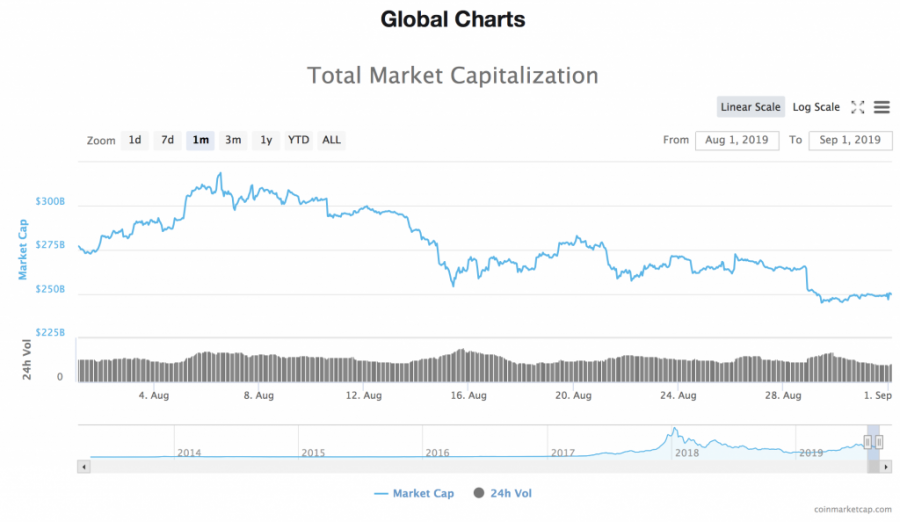 Total market capitalization touched the mark of $260 billion several times but couldn’t find support and eventually fell to $249B, according to coinmarketcap. The decrease of around $30 billion in capitalization was noticed over the last 31 day. The BTC dominance reached 69.3% and the daily volume cryptocurrency transactions appeared to gain the level of $40.5 B.

After thorough inspection of the market, we have found the top 5 losers of August that lost from 40% up to 74% of their value compared to the previous month. They are Egretia (EGT), GXChain (GXS), 1irstcoin (FST), Nexo (NEXO), and V Systems (VSYS), according to coincodex.

Egretia had the greatest losses in August, decreasing by over 70% in a matter of 31 days. The cryptocurrency is changing hands at $0.018038 against the US dollar. The total market cap makes up $76.09 mln and the 24 hour volume reached $18.14 mln at the moment of writing. Egretia launched an educational course on its basic components of the system at the end of August. 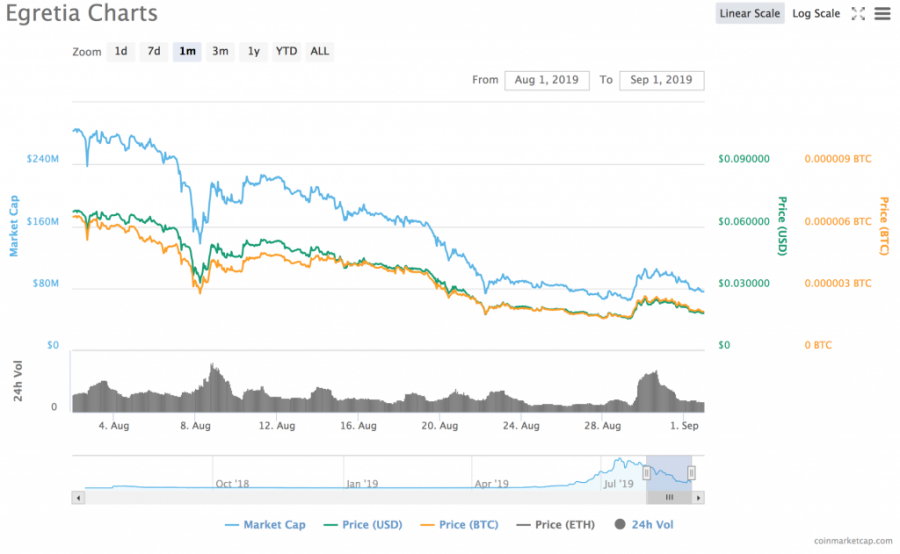 GXChain became the second least performing coin, having lost 56% of its last month’s value. The digital currency can be bought for $0.749983 at major cryptocurrency exchanges such as Binance and Bit-Z. The market cap is $48.75 million whereas $1.17 mln was traded over the last 24 hours. 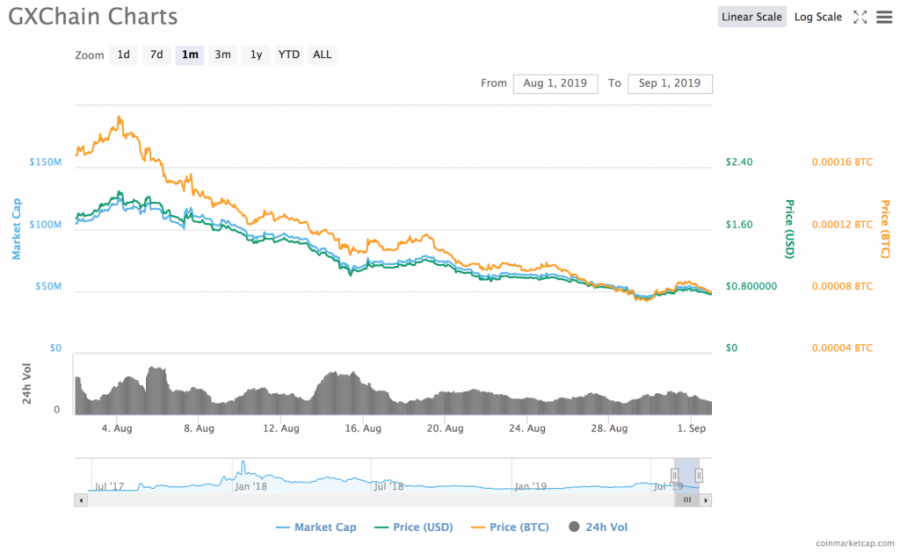 1irstcoin decreased by more than a half since July and is priced at $3.42. The cryptocurrency sits at the market capitalization of $75.53 million and the daily volume reached $204,964. 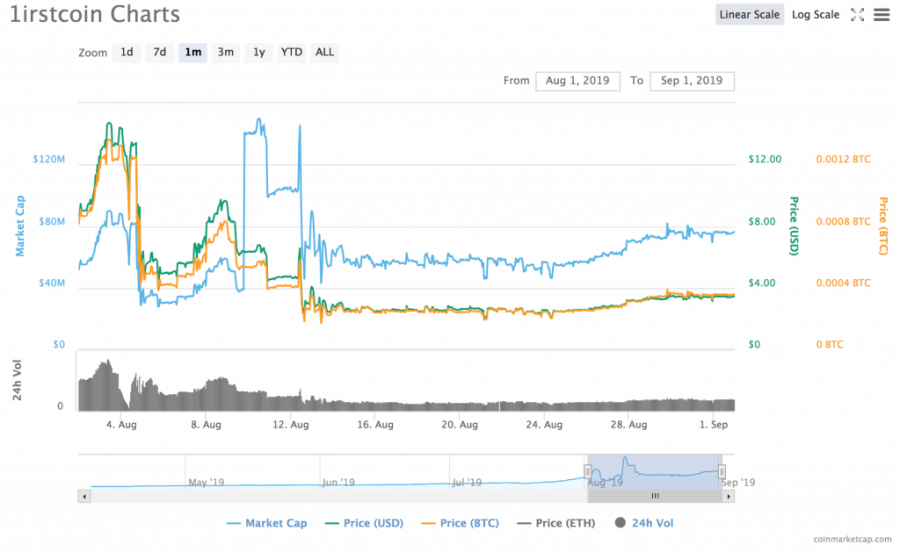 Nexo is trading at $0.068264 and it is a 42% drop in price over the month. The capitalization is $38.23 million, $5.31 million of which were traded at the exchanges in the previous day. The company successfully paid dividends to its holders and presented a brand-new MasterCard-branded credit card for digital currency. 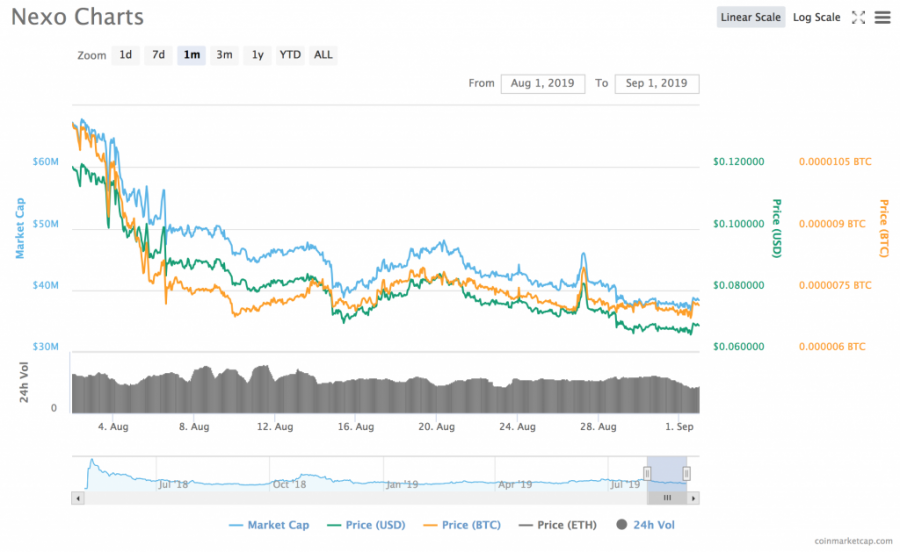 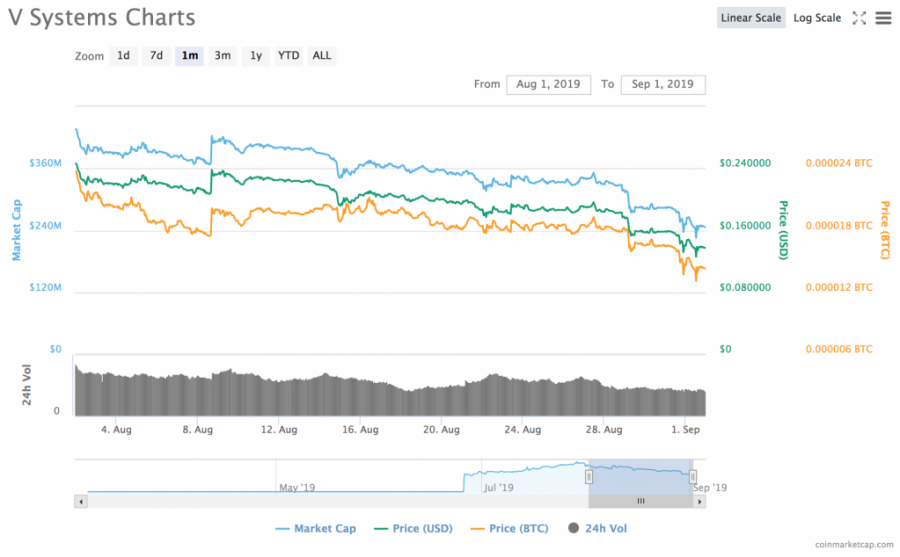 Tags
Cryptocurrency Market Support Altcoin Bitcoin Million Capitalization Volume
Most Popular
May 07, 2021 at 12:43
News
Ripple Faces Stiff Resistance at $1.70 High as Bears Attempt to Sink XRP to $1.00 Low
May 07, 2021 at 10:39
News
Revolut Users Will Gain Stronger Control of Their Bitcoins with New Withdrawal Feature
May 07, 2021 at 09:27
News
Binance Coin Retraces to $600 Support and Resumes Upward Move, Further Upside Momentum Likely
May 06, 2021 at 12:32
News
Bitcoin Struggles to Sustain Above $58,000 Support, Lacks Buyers at Higher Price Levels
May 06, 2021 at 11:35
News
Ethereum Is Growing on a Wave of Investment
More